Ferrari Xezri: A Designer’s Take on the 458 Italia 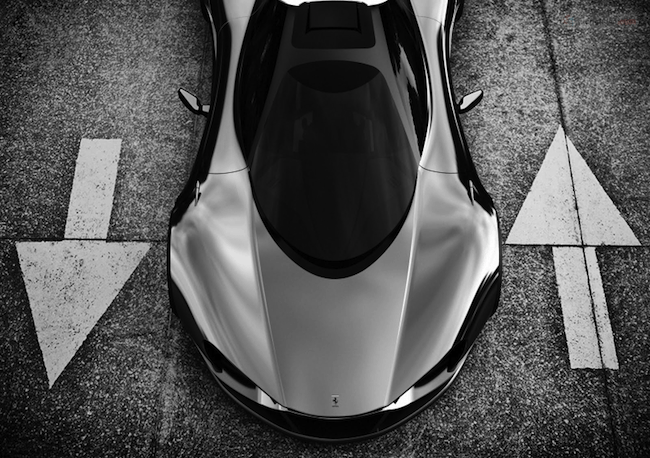 His design was actually derived from the Ferrari 458 Italia; he also claims that a lot of inspiration came from the wind passing through the eastern part of the Caspian Sea; he wanted something that would exhibit a design of something pure and elegant.

The name of the car was in fact named for the winds passing over the Caspian Sea; this really creates such an artistic and beautiful duo alongside the ingenuity of the car itself. This design was of a conceptual, mid-engined supercar; it was designed with extreme aerodynamic components that most cars wish to have.

To create a more speed-racer car appearance, Sadikhov implemented a larger sized front splitter, some fender vents, a roof scoop, and some larger side skirts. The rear spoiler especially gives the appearance of something you would see racing, as well are a larger rear diffuser. Sadikhov wanted to design something that was of the highest technology possible for an automobile; he wanted it to be characterized with true innovation and style while still representing what Ferrari stands for and wants in their own designs.

Who knows, with all of the recognition this design is getting from people worldwide, maybe Ferrari should be taking some notes on the type of design for their next release. It’s tough to believe the Ferrari Xezri settled for second-place, and not winning it all. Dutchmen Robert Koumans from Vandenbrink Design dreams up his own version of the stylish Ferrari 612 shooting brake only sold between 2004 to 2010.
Read more
Ferrari

The latest custom Ferrari from the company's One-Off programme is the SP38 - a stunning bespoke rocket based on the 488 GTB with inspiration from the iconic F40 supercar.
Read more
Ferrari

The most powerful convertible to combine the advantages of a retractable hard top, the 2018 Ferrari Portofino replaces the California T.
Read more
Auto News

The Ferrari GTC4Lusso - which does 0-100km in under 3.5-seconds - replaces the outgoing Ferrari FF and debuts in Geneva next month.
Read more
Auto News

Ferrari has given well-heeled convertible lovers something to look forward to next summer with the new Ferrari 488 Spider.
Read more