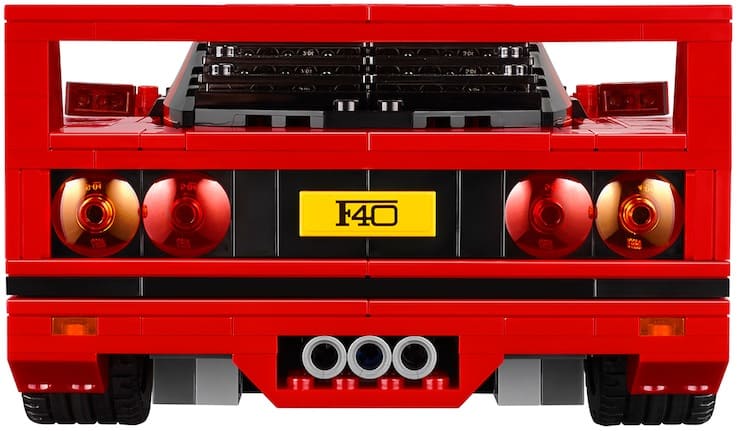 The iconic F40 was the last car Enzo Ferrari personally approved himself to celebrate 40 years of Ferrari awesomeness back in the late 1980s when the F40 supercar was first introduced.

Today, as part of the Creator line, LEGO officially announced the 1,158-piece Ferrari F40 which will sell for $89.99 US, available mid-July for LEGO VIP members, and early August to the general public.

So here’s your chance to own arguably one of the best supercars ever released. Couple other options in the Creator line include the LEGO Creator Volkswagen T1 Camper Van or the LEGO Creator MINI Cooper.