For the serious sim racers only 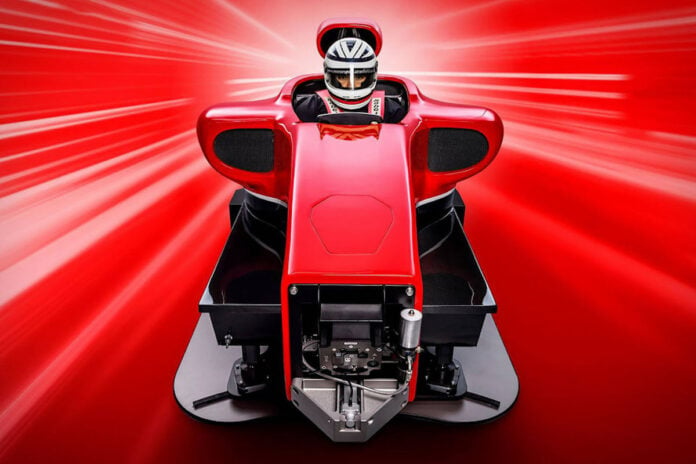 Clearly for hardcore stay-at-home racers who’ve moved well beyond XBOX and PlayStation, Cranfield’s F1 simulator kicks things off with a cockpit housing a composite single seat chassis formed from a proper F1 mould coupled with a PRO system for quick seat movements for that true to life racing experience.

To get the race started, driver’s are greeted by an adjustable pedal set with a hydraulic brake caliper down below, and above, the insane hand-built GPX steering wheel with LCD screen by Precision Sim Engineering which alone sells for over $3,000, all working in conjunction with simulation software where the magic appears on the massive 55-inch HD screen with VR headset.

If this isn’t enough for all those discerning basement track stars, add-ons include a triple HD screen setup, a wrap-around projection screen arrangement, and even a personalized logo custom embroidered into the G-seat for the full effect.

The company offers two other, significantly less expensive F1 simulators. But for consumers who take ESports and man caves seriously, this Full Motion + G-Force Formula 1 simulator is the go-to option — all for the price of a small condo. Learn more here.

Gear Editor
Our gear team sourcing and dishing out the latest in men's essentials for guys who pave their own path in life. From motor-inspired goods to EDC for adventure and everything in-between.
FILED UNDER:
FeaturedGearMan Cave Ideas