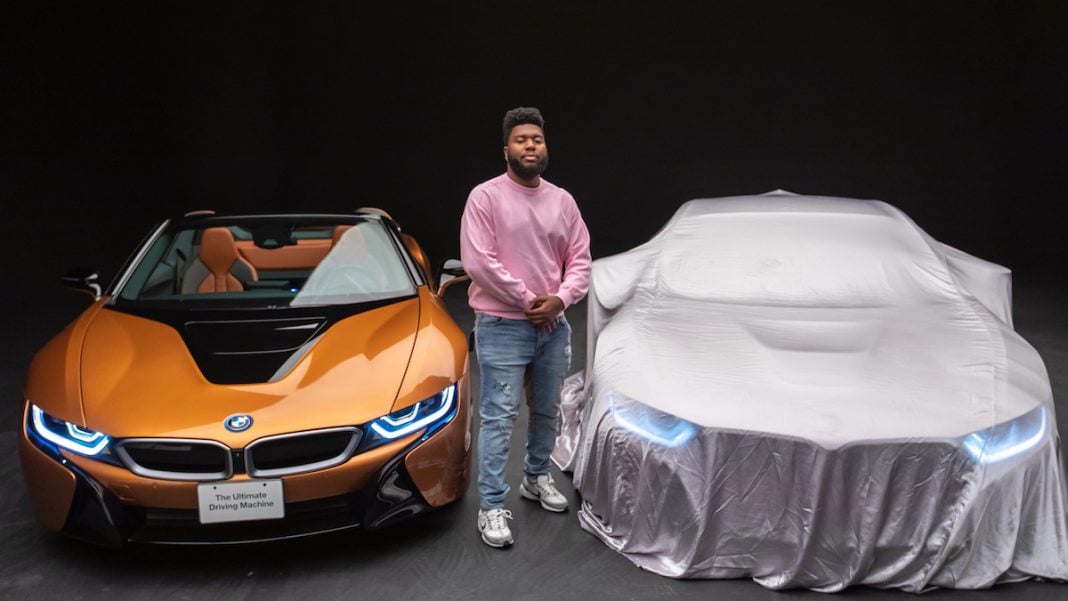 For the third year in a row, BMW will be the official partner of the Coachella Valley Music & Art Festival in 2019 — the free spirited, outdoor affair celebrating arts and music each year at the Empire Polo Club in Indio, California.

The idea of an up-and-comer American pop-star teaming up with a luxury German brand may seem odd, but hey, anything goes at Coachella. And in an effort to stay hip and relevant and promote their i Series line of electric cars, BMW will tag along with whoever’s popular at the moment, as most big brands with deep corporate dollars often do.

Expect a “group of hand-selected influencers and VIPs” to enjoy and document their Road to Coachella experience in a fleet of custom art wrapped BMW i8 and BMW i3 (reviewed here) models influenced by Khalid’s new album. The automaker plans to show a corporate-branded video as well featuring the global superstar.

The entire project wraps up with food trucks and the Free Spirit Shop on April 11-14 in Palm Springs with a Khalid meet-and-greet where fans not only meet the star but get access to a swanky claw machine where everybody wins a BMW bandana. Why? Because the youngsters love claw machines and branded bandanas, right?

One lucky winner of the iHeart Radio sweepstakes will also get a full expense paid Coachella weekend experience including airfare, hotel, VIP passes, and of course, use of a custom wrapped i8.