The Mach-E hasn’t hit dealerships just yet but Ford engineers have managed to boost the all-electric SUV’s range by 30 percent from earlier estimates.

If you’re buying a Mach-E, check out our article on prices, availability, and tax incentives.

More specifically, the rear-wheel drive model with the extended-range battery adds an estimated average of 61 miles of range in 10 minutes using Electrify America’s DC fast charging station — faster than you can get a slice of pizza, as Ford puts it.

Even with the standard-range battery, the rear-wheel drive versions adds an average of 46 miles of range in 10 minutes.

The all-wheel drive Mach-E’s with the same extended-range battery now adds an estimated average of 52 miles of range with a quick 10 minute charge. The standard-range battery will dole out a respectable 42 miles.

In about 45 minutes while charging on a DC fast charging station, both RWD and AWD configurations are estimated to achieve a 10 percent to 80 percent charge.

To battle this, the Blue Oval is working hard setting up their FordPass Charging Network, solidifying it as North America’s largest electric vehicle public charging network. The idea here, of course, is to ensure the new 5-seat SUV’s charging duties are both easy and convenient.

According the company, we can expect more network updates in the future. “We’re continually looking at ways to improve the customer experience for all aspects of charging for future Ford all-electric vehicles, so expect more updates to come,” states Ford’s director of charging & energy services.

Ford is throwing in a standard mobile charger with every new Mach-E, but it won’t offer enough juice for those long trips. This freebie is capable of charging on a higher voltage 240 volt electrical outlet and can add an average range of 21 miles per charging hour, while an optional 48-amp Ford Connected Charge Station will provide 30 miles per charing hour in just over 10 hours charging time.

A full charge using the extended-range battery on the real-wheel drive model takes about 14 hours, compared to an average range of three miles per charging hour with the standard 120-volt outlet.

Note: keep in mind these range figures are approximations with some estimation in the mix; this info is directly from Ford — these their numbers. 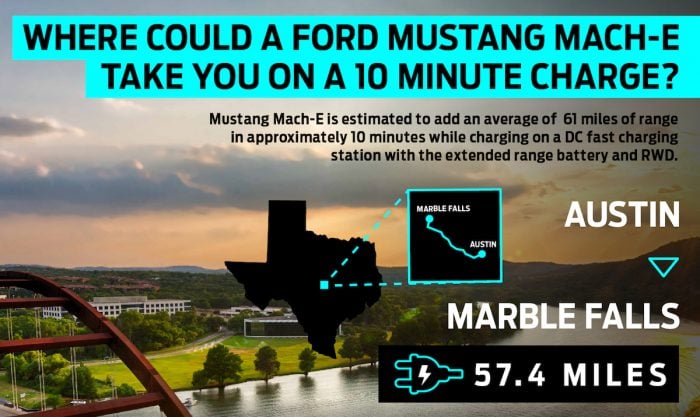 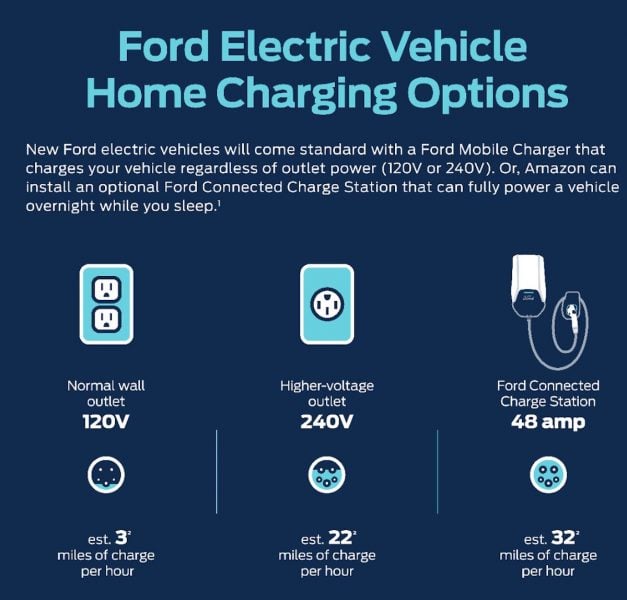 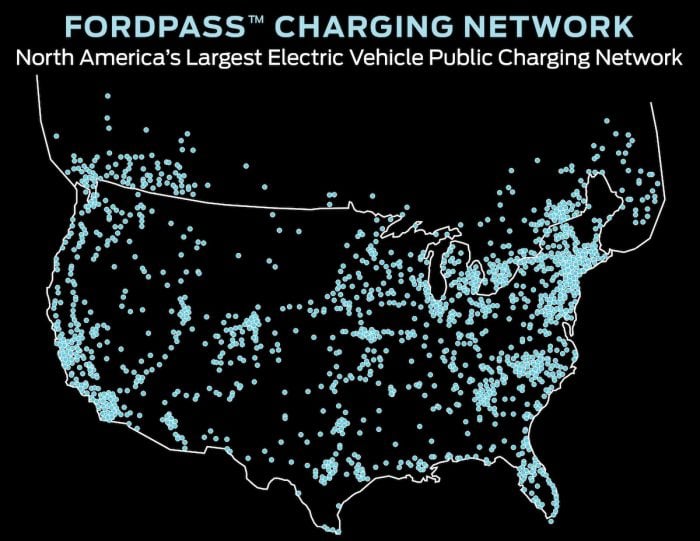 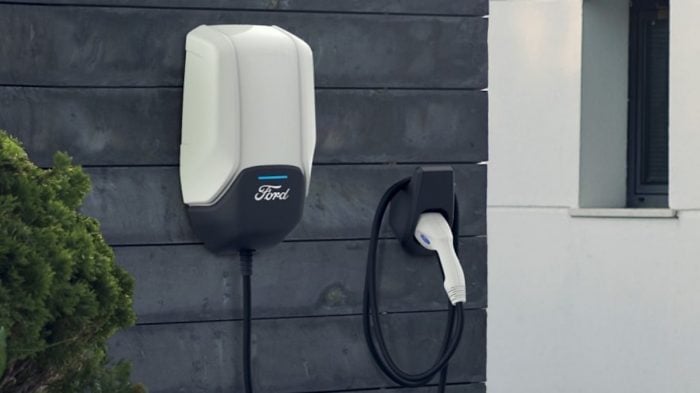 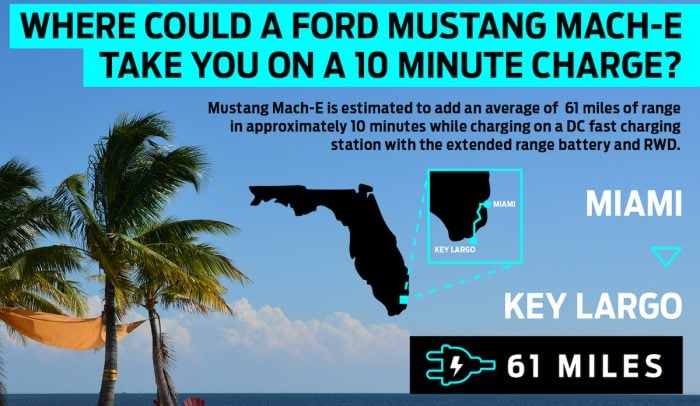