Porsche for the Purists: New 2018 911 Carrera T Arrives in Spring 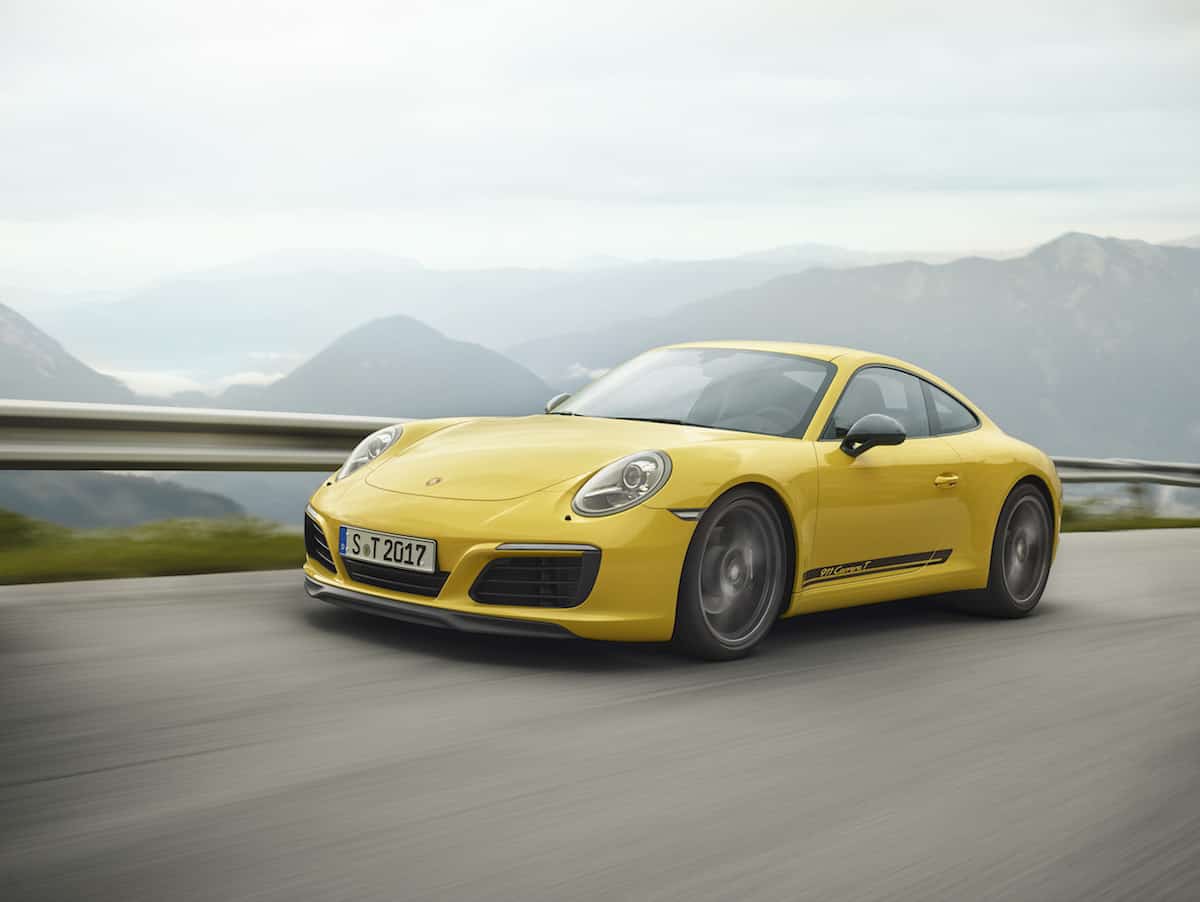 A new 911 in a clean, performance-oriented package, the 370-hp 2018 Carrera T is built for the Porsche purist seeking a coupe rocket stripped of some of the glamour. Based on the current 911 Carrera Coupe, the 2018 911 Carrera T comes equipped with a good old manual transmission with a shorter constant transaxle ratio, plus significant weight reduction to solidify this rocket as a pure drivers car.

A 3.0L flat-six powers the Carrera T, making 339 lb-ft of torque and hitting 182 mph top speed. The one-two punch of the manual tranny coupled with the shorter constant transaxle ratio and the mechanical rear differential lock enables the 911 T to reach zero to 60 in 4.3-seconds — a little quicker than the standard 911 Carrera. But replace the manual transmission with Porsche’s PDK, and the Carrera T will shave .3-seconds off that time to 4-seconds.

Also check out all our Porsche Reviews Equipped with Porsche’s PASM Sport Suspension coupled with an optimized front spoiler and 20-inch Carrera S wheels painted in Titanium Grey, every aspect of the new 2018 911 Carrera T is designed to optimize sportiness and deliver lightweight construction. Weight is shaved in several areas including the rear side windows and rear windshield employing lightweight glass, while the door opener loops on the inside replace the conventional door openers.

For styling, the 911 T finds the louvers of the rear decklid grill, the Porsche logotype, and the model designation “911 Carrera T” finished in Agate Grey; at the back, the exhaust system gets black exhaust tips. If the Racing Yellow you see here isn’t your thing, this special version is available in few other options including orange, black, red, white, blue, plus some metallic options in white, black and GT silver.

Inside, it’s all clean and fresh and all about the driver — the rear seats are gone when the 911 Carrera T is ordered with the optional Full Bucket Seats, which is the first time for a 911 Carrera model. The headrests are embroidered with a black “911” logo, the cabin trim and dash are all black including the door opener loops, and the GT Sport Steering wheel with leather rim, also standard, comes fitted with a switch for driving mode selection.

The one-two punch of the manual tranny coupled with the shorter constant transaxle ratio and the mechanical rear differential lock enables the 911 T to reach zero to 60 in 4.3-seconds

The new Carrera T Interior Package offers a contrasting cabin look with colours including Racing Yellow, Guards Red or GT Silver providing extra coloured accents via the seat belts, the “911” logo on the headrests, the door opener loops, and the seat centers made of Sport-Tex.

Learn more about the base 911 Carrera