Nissan officially unveiled the Z Proto, signalling the company's intent to launch a new generation of the legendary Z sports car. But did they successfully pay homage to a classic or simply butcher it? 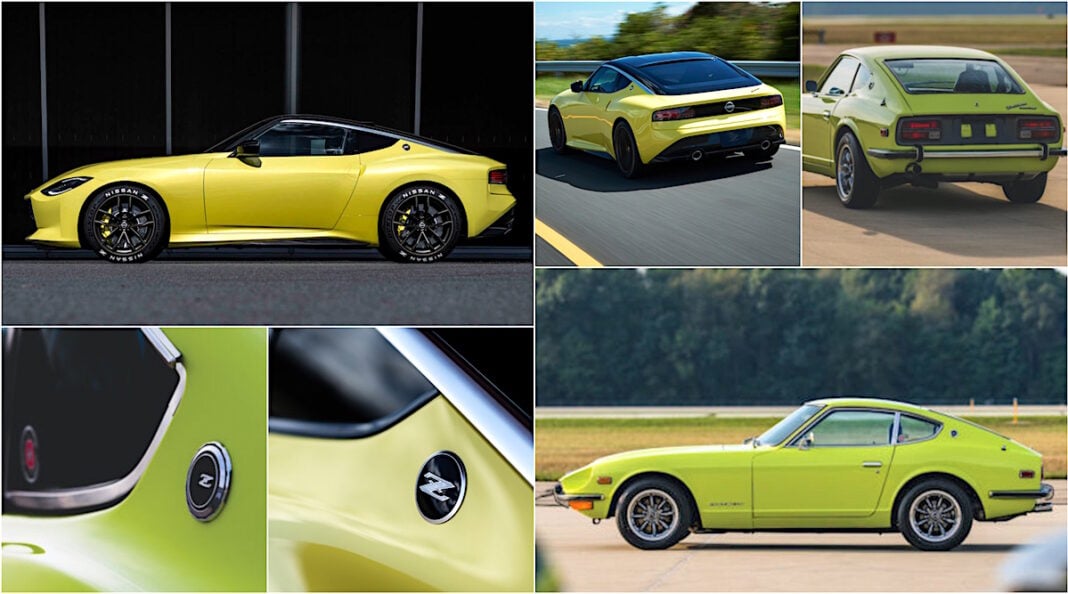 Automakers aren’t digging very deep these days, rehashing legendary nameplates to churn out new products — all in the name of ‘inspiration.’

But like a bad Hollywood reboot, it doesn’t always work. Jeep just unveiled their new Grand Wagoneer with an interior that attempts to ‘pay homage’ to the past — unsuccessful in our books but a stunning cabin nonetheless.

The new Toyota Supra’s styling doesn’t really do it for us when compared to say the A70 from the mid-80s, and we’d take a classic 1991 Acura NSX over the new glossy, homogenous model all day long.

And what about the new-age Type R Civic from Honda? Let’s not even go there — just give us back the original Integra Type R DC2 void of that horrendous and confusing backend bumper we’re convinced was conjured up in a room of monkeys with white paper and Sharpies. But hey, to each their own.

In fairness, we’re talking looks only here, not performance.

So, how did Nissan do with their attempt to recognize the past and resurrect the legendary Z’s iconic heritage with this modern, tech-ed up Z Proto? As Nissan’s head designer put it, “Using a theme that combines elements of previous generations while also projecting futurism was challenging.” We bet, Alfonso Albaisa, we bet.

Overall, we’d say Nissan nailed it, on the most part. From the sideview, the new 400Z looks gorgeous, drawing on the first-generation Z profile including a long roofline stretching from the squared-off rear to the nose up front.

Coupled with a low rear edge sitting higher than the front end, we’d say the posture and stance is on point when compared to the classic Datsun sports cars.

As far as fine details go, the old 300ZX rear taillights were distinct, screaming 90s style with its horizontal pattern. We love that Nissan incorporated this into the new Z Proto, reinterpreted with a more wraparound design with LED lights. The final look is modern with old-school charm.

Unfortunately, we’re not sold on the front end. Perhaps, an up-close and personal look will prove otherwise, but at first glance at the photos provided, the front looks more cute than burly like the rest of the car. It sort of throws things off a bit.

While the overall front design, including the hood and canted, teardrop-shaped LED headlights, is unmistakably old Nissan, it’s those headlights that ruin it. Its’ just the headlight shape and how they rest on the side of the fenders, not really working here.

But as Albaisa explains, “The LED headlights have two half-circles that hark back to the Japan market-only 240ZG of the 70s.” He continues, “the ZG has clear dome lenses over the headlight buckets, which under light give off two circular reflections over each headlight. We liked that unique characteristic and discovered that it naturally fit with the Z’s identity.”

Nissan went back to 1969 for the new Z coupe’s bright yellow pearlescent paint, taken directly from the first-generation 240Z and 300ZX. Old or new, the new paint scheme looks sharp and works on this new 400Z.

Rounding out the new Z car’s looks include dual exhausts, lightweight carbon fiber treatments on the side skirts, front lower lip and rear valance, all sitting on 19-inch alloy wheels (pictured here with Dunlops displaying the ‘Nissan Z’ on the sidewall which looks awesome).

Inside the new Z Proto

Nevertheless, all vital information is found in the 12.3-inch digital meter display and arranged to help the driver grasp it at a glance, such as the redline shift point at the twelve o-clock position.

The newer deep dish steering wheel is a throwback to the past, while classic yellow accents are found throughout the cabin, including stitching on the instrument panel. Distinct accent piping and layered material covers the new seats.

The iconic Z series spanned decades with numerous models along the way. Nissan did a pretty good job incorporating elements from the various cars without butchering the overall design. From the 300ZX taillights and classic Z silhouette to the original 240Z paint job.

Projecting futurism was challenging as the Z Proto’s head designer put it, but we’d say his team pulled it off.

End of the day, the new Z car looks gorgeous and successfully pays homage to the classic — now, let’s just work on that headlight design.

Amee Reehalhttp://www.ameereehal.com/
Shooting cars professionally since film was a thing, Amee's work has appeared in various outlets including NBC Sports, Chicago Tribune, SuperStreet, GlobeDrive, MotorTrend, and others. He's the managing editor & founder of TractionLife.com. Find him travelling, spending time with his kids and family. Or golfing, poorly.
FILED UNDER:
CultureCulture FeaturesFeatured2-Door CoupesNissan Coupes