Throw some tracks on it 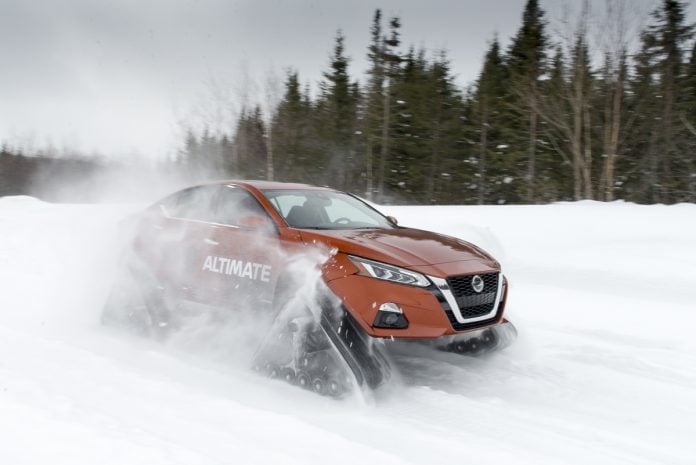 Standard AWD is new to the 2019 Nissan Altima in Canada – No, this isn’t what you get

It’s an idea as outrageous as it is brilliant: take a mainstream sedan, remove the wheels, raise the suspension and add four tracks for unbeatable deep-snow performance.

Such is how the Nissan Altima-te came to be. The brainchild of Nissan Canada director of corporate communications Didier Marsaud, who also conceived of Nissan’s Micra Cup racing circuit, the Altima-te is a marketing tool designed to highlight the standard all-wheel drive offered on the 2019 Nissan Altima.

It was or will be a star at the Montreal, Toronto and Vancouver auto shows, but it’s no mere stage accessory. It works.

Riding on large Dominator tracks from American Track Truck — which also supplied the tracks for the Nissan Rogue Warrior — there isn’t much that can stop the Altimate.

If you turtle, or get high-topped on hardpack where the tracks can’t touch the ground or if you try to drive through a ditch where the slopes are too steep for the tracks to articulate are about the only two things that will stop it.

The difficult part was integrating the tracks and making it all look decent. Check out the fender flares, but more importantly, check out how well-integrated they are, particularly to accommodate the still-functional rear doors.

Driving the beast was a hoot. First, it’s loud, but get it up to speed and the sound drops, perhaps by sound waves cancelling each other. Speed also smooths out the ride, as there’s quite a bit of vibration at slower speeds.

The installation and finishing was done by Quebec-based Motorsports in Action.

The Altima-te accessory package will be available… never. 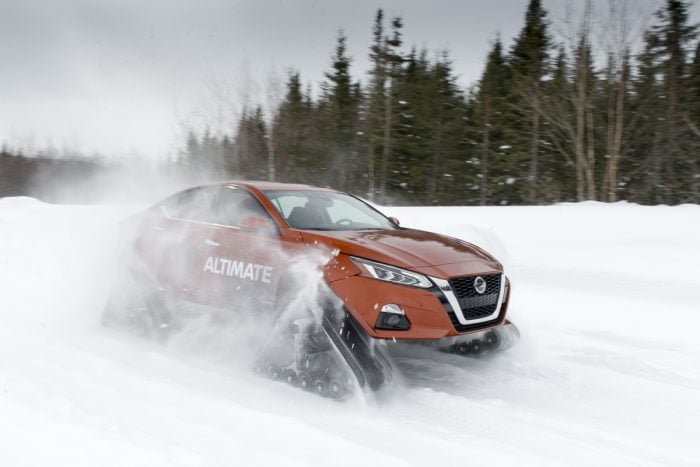 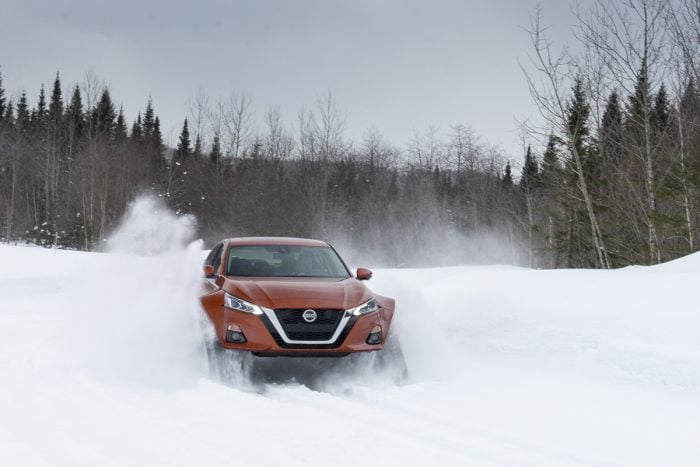 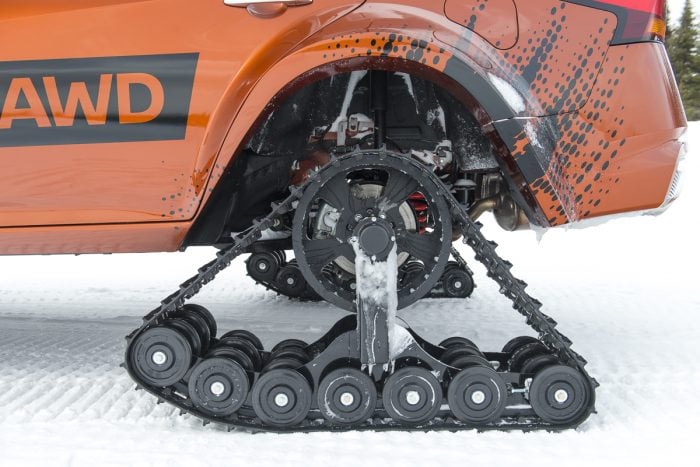 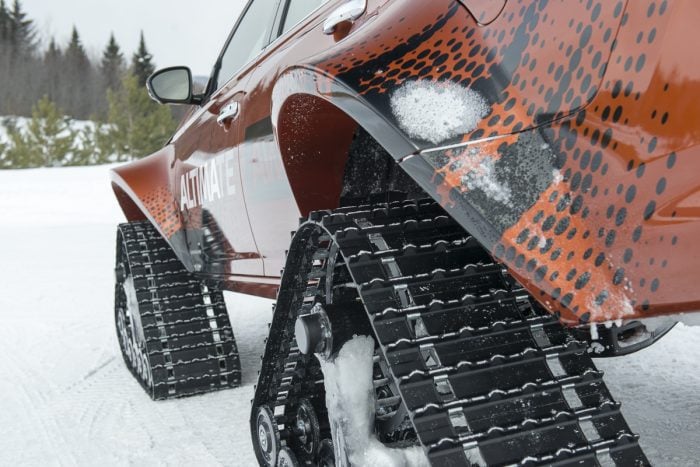 Kelly Taylor
Kelly Taylor has been writing about cars since 2000. His favourite ride has been the Audi R8 from Thunder Bay to Winnipeg, where he nearly traded the car for a Ford Ranger, a Greyhound Bus and the Blue Heron Gift Store in Kenora, Ont.
FILED UNDER:
FeaturedNissanNissan AltimaAdventure VehiclesOverland

Studded or non-studded: the choice is yours. We put the new Continental IceContact XTRM winter tire to the test. Here's our full review.
Read more
Volkswagen Atlas