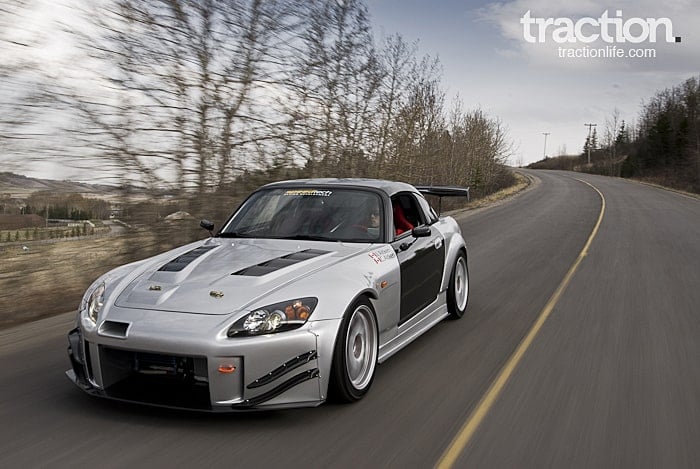 In today’s market, there is no shortage of high-end, high profile show cars backed by reputable aftermarket manufacturers and suppliers displaying their wears or perhaps by unlikely corporations looking to reach out to a “younger” demographic. Gleaming rides plastered with corporate logos, supporting sponsor icons, and anything else that will garner attention. And rightfully so, this is the nature of the business after all, and a demo car is perhaps the most fitting marketing vehicle, literally. But once in awhile, a ride will come along with absolutely no corporate agenda yet still fitted with the optimal parts available, without compromise in quality and fueled simply by the passion to build a true, properly tuned machine. Influenced only by the latest technology and the pursuit to push the limits. No input from car forums, no shows, no VP of Marketing breathing down anyone’s neck. When longtime auto enthusiasts John Aitken, a successful banker now in his 50’s, along with wife Cathy, were in the market for a ‘fun’ car—not a Ferrari, nothing German, but something they could build based on the fundamentals of tuning, they chose the Honda S2000. Since the day Honda originally launched it back in 1999, the AP2 has received praise from motoring journalists, graced the covers of countless magazines, and has served as the platform of choice for large scale projects by companies and private tuners alike, so John and Cathy’s decision was an easy one.

Getting the build started

Clearly, the couple had never undertaken such a feat and probably had no idea what they were getting into. Rest assured, the keys were immediately handed to Tien Hoang of SpeedTech Racing & Development (no stranger to the pages of Modified) who managed the build from beginning to end. Safe to say, for Tien this was a dream project: full custody of a brand new car with complete client assurance, a private endeavor with no commercial agenda nor timelines, a plethora of available parts coupled with grand schemes and sleepless giddy nights, majority of parts flown in to reduce agonizing waiting time, and best of all…essentially no budget. Really. The mandate for this build was primarily technology driven, an attempt to employ the finest parts available irrespective of brand favorites. Less emphasize on styling, for instance, and more to do with wind-tested aero components that would work best. As Tien puts it, “ We didn’t go with any one manufacturer, we only went with what we felt are the best available parts for the job.” So while the parts list of this S2K smorgasbord of Japan goodies may read like a sushi menu, there’s definitely nothing fishy about the way this ride looks, handles, and performs.

The first order of business was power gain via a Comptech supercharger paired with an aftercooler. With several blowers on the market to choose from, Comptech has the street credibility and offers the best warranty, according to Tien. Major bolt-ons include Comptech headers and an HKS Hyper dual exhaust. The fuel system is all HKS equipped, including the fuel pressure regulator, and an fcon v-pro ECU controlling the 350cc injectors. Spoon engine mounts and an Alex engine torque damper with heatshield keep the F20c engine from bouncing around. Cooling this beast down is a Spoon radiator and high pressure rad cap, along with Spoon radiator hoses, thermostat, and a thermo switch keeping things in check. A J’s Racing carbon cooling plate offers a wider cooling channel next to the Flex-a-Lite twin fans. Pairing the tranny to the engine is a Clutch Master race clutch with lighten flywheel, along with a custom Kevlar propeller shaft carrying power to the J’s Racing 2-way limited-slip differential. A Rick’s final drive gear set with higher ratios also lays down power. Overall, this AP2 had to be the best everyday road and track car, taking into account that John and Cathy would take it on weekend trips to the cabin, enduring long hours of winding, narrow roads through the Canadian Rockies. The handling and footwork needed to address this, so Tien chose a T1R B-max full coilover suspension, and Comptech front and rear swaybars with bushings to avoid any roll in those dangerous twisties.  Decreasing chassis flex is the Comptech tie rod end and cross brace bar, along with a Comptech upper front strut tower bar straightening things out. The roads up north can be unaccommodating, taking a toll on suspension, so the J’s Racing SPL pillowball front and rear anti-bumpsteer kits were a must. Other bolt-on apps includes a J’s Racing front and rear roll centre adjuster, a front and rear full subframe both painted red, and a custom 6-point race spec rollcage, to name a few. The interior was stripped of weight burden and retrofitted with the essentials including a couple Bride Racing Zeta-3 red bucket seats and Takata 4-point harness belts. Of course, the usual gauge cluster including a series of four HKS gauges in the centre console, next to the Spoon titanium shift knob. Just above lies the Sparco 350mm red suede steering wheel with a Momo hub. Few other extras include custom belt brackets, an Alex Racing quick release, and a ZOM Kevlar mirror.

Let’s face it, nobody likes to be told what to do. Nobody really asks to follow schedules or abide by all the rules. But as long as Post-it Notes and PDAs exist, we’re bound to the playbook that sets our path, creating our own vicious cycle. Whether it’s family agendas, work agendas, even hidden agendas, whatever shape or form, for most of us the realm of true freedom is beyond reach. Fortunately, our hobbies and passions, the things we do for ourselves, have no strings attached. No obligatory motives. And that’s what makes a project like this S2000 so gratifying—the freedom to simply build a bad-ass whip, on one’s own terms. 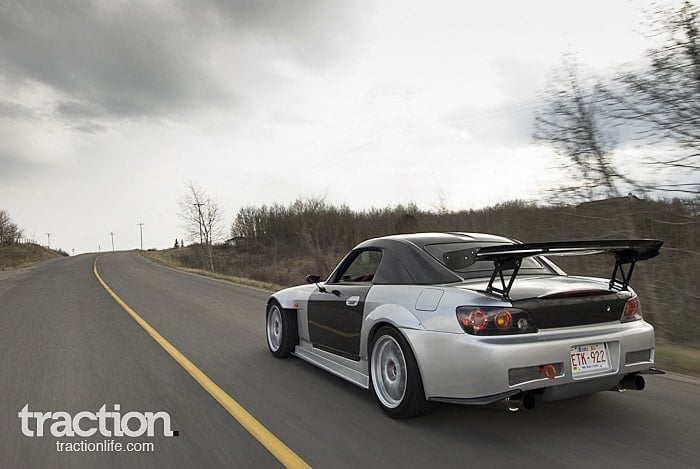 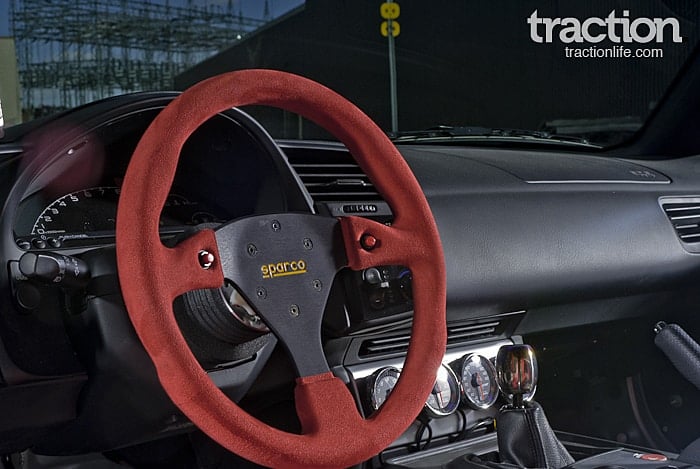 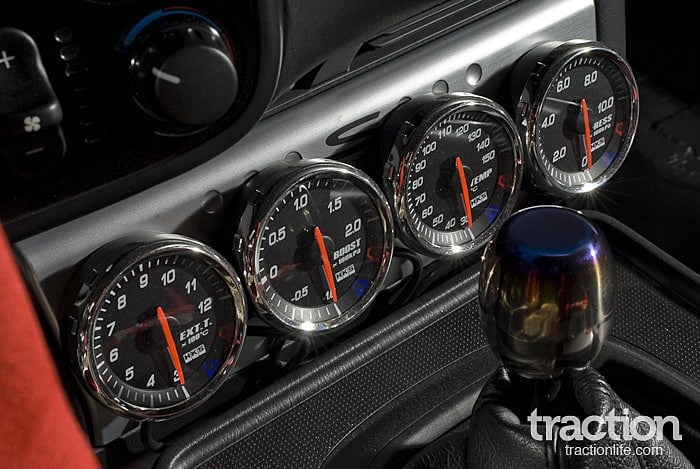 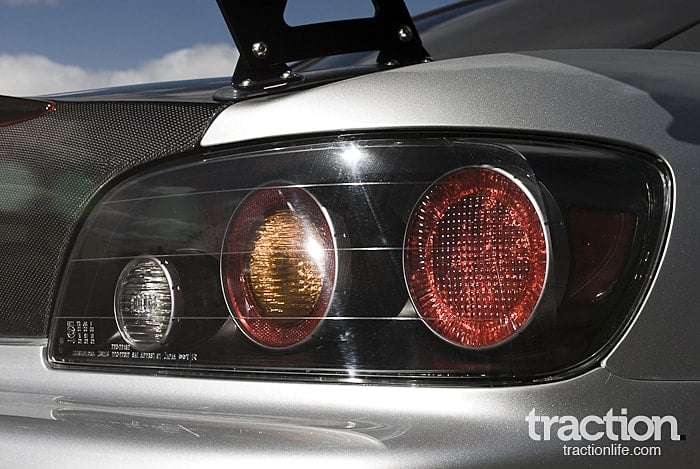 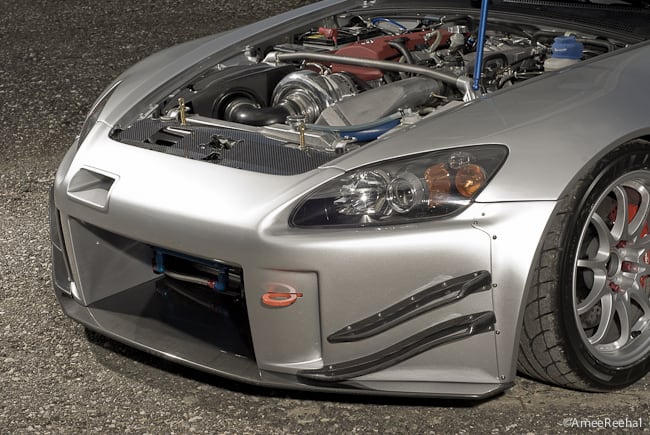 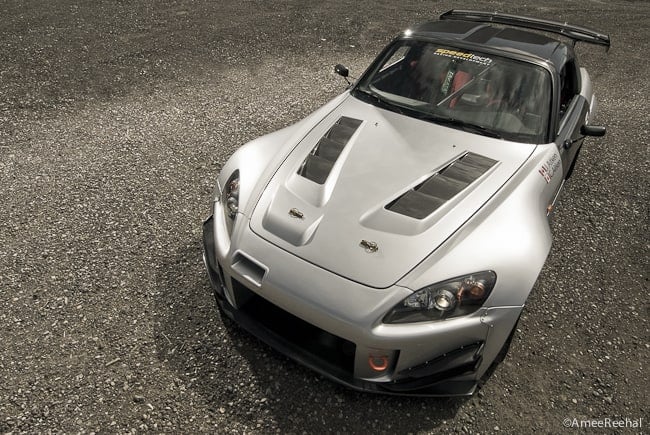 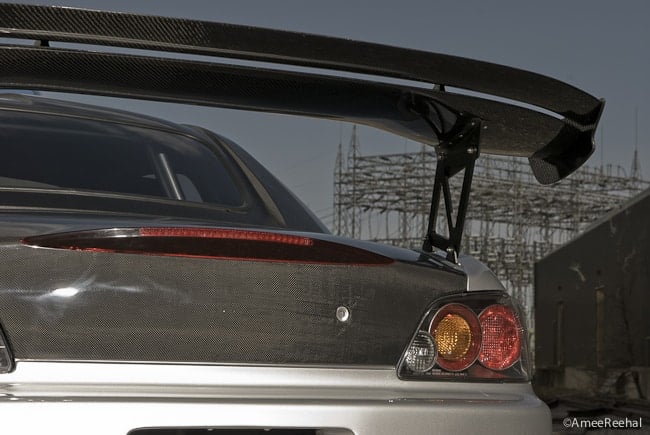 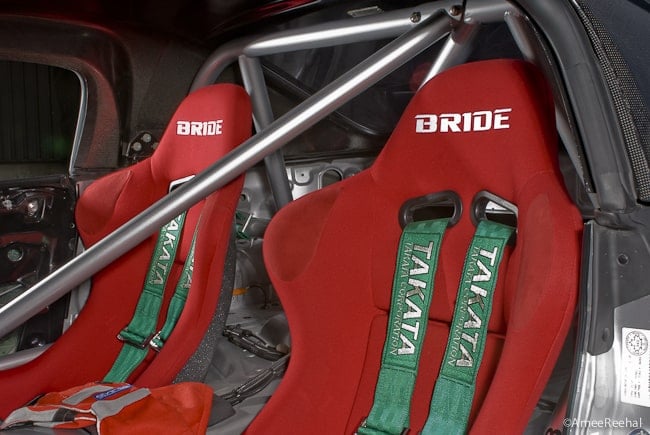