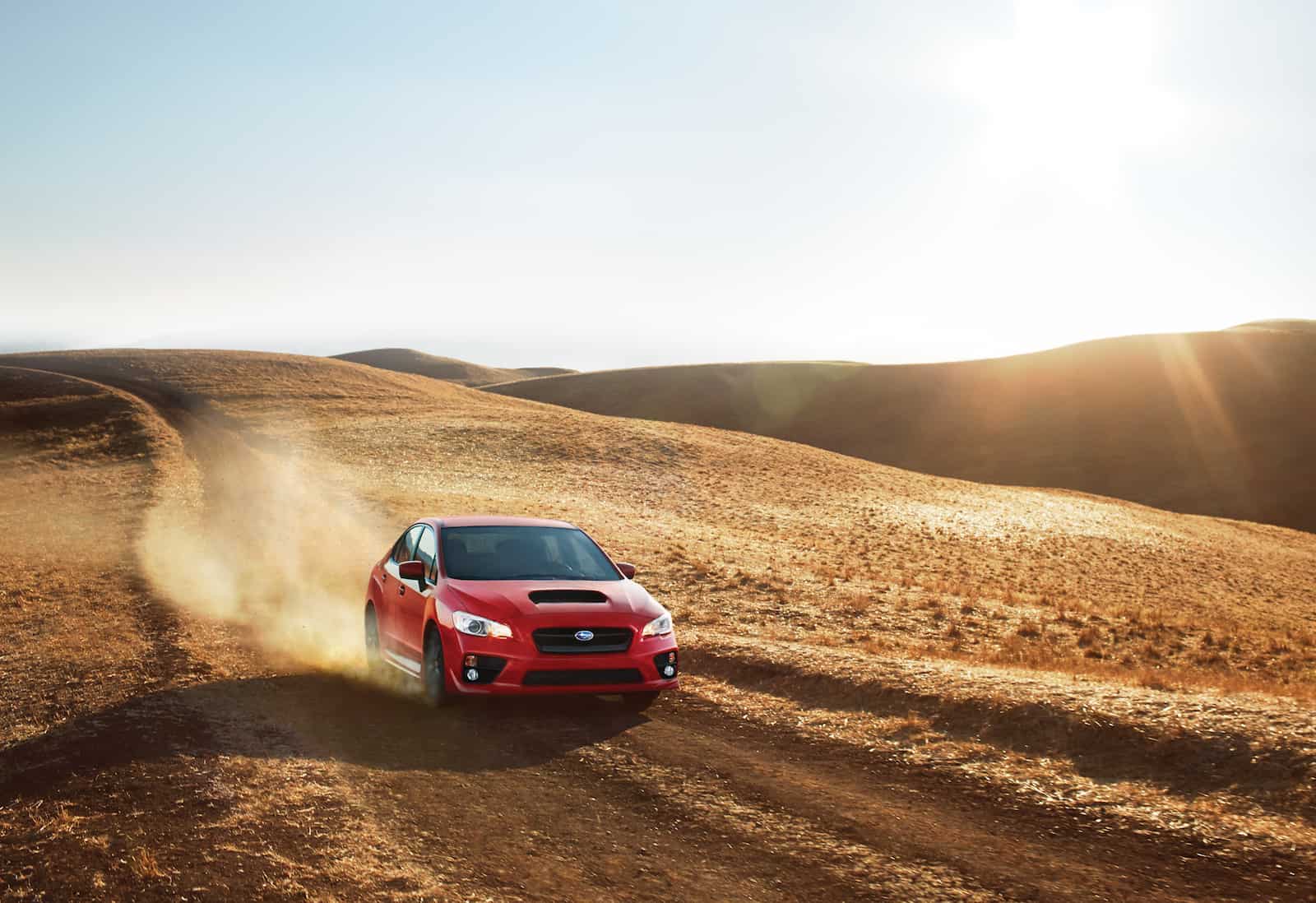 The 2017 Subaru WRX sedan can go from track star to domestic warrior, backed by 268-hp under the hood.

My favourite thing about sports cars born from unassuming and inexpensive compacts is the way they blend performance with everyday practicality. My second favourite thing is contemplating how two cars built on the same platform can have such vastly different personalities.

This kind of platform sharing, as it’s known in the automobile design business, is nothing new. Every automaker does it to keep development costs down while designing vehicles for two or three (or even more) brands, but there aren’t many platforms that have given rise to two vehicles as disparate in purpose as the WRX and the Impreza economy car with which it shares its basic architecture.

Both cars share a 2.0L engine, so the turbocharger bolted onto the one in the WRX is the biggest boost to that car’s character. It nearly doubles power output to 268 hp and 258 lb-ft of torque, and it’s clear as soon as you drive away that the WRX is not interested in puttering along on your daily commute or an errand to the grocery store. A sensitive throttle and touchy clutch mean the WRX is happiest when being driven flat-out. Smooth and gentle launches take practice; it was only at the end of my week-long stint in the car that I finally felt I’d nearly perfected my technique. But for a car that seemingly likes it rough, it doesn’t always do that well, either. Full-throttle acceleration in the lower gears brings out turbo lag at low revs (or is it just a lack of torque below 2,000 rpm?) and a flat spot somewhere around 4,000 rpm. I wish I could be more precise, but I was too busy watching where I was pointing this turbocharged menace to notice where the rev counter was when it happened.

A friend who came along for a ride noted the engine note is hardly musical, and he’s right. That actually makes it tough to shift “by ear;” indeed, at one point, while guiding the car around the sweeping curve of a highway on-ramp, I realized the engine was up against the nearly 7,000 rpm rev limiter, but only after a glance at the gauges to figure out where all the acceleration had gone.

The front seats are supportive but not overly bolstered, everyone gets good head and legroom, and the 340-litre trunk is free of intrusions, making it well-suited for stuff like big suitcases.

The engine’s power delivery is such that the throttle feels like an on/off switch to an uninitiated driver: go too easy and you get nothing, but dig the smallest bit deeper and you’re off to the races. Because of that, there’s no swell of torque as the engine runs up toward its redline, making the WRX feel like a very quick piece of machinery rather than a sports car.

By contrast, the turbo 2.0-litre in Volkswagen’s Golf R delivers its 292 hp and 280 lb-ft with more refinement; it’s a more pleasant car to drive enthusiastically. WRX’s handling is sharp and this chassis hangs on tenaciously in fast corners, despite (or maybe because of) a lot of body motion over uneven pavement. While that’s a bit off-putting in the middle of a high-speed curve, it translates into decent ride quality that’s easier to live with on a daily basis.

The WRX’s humble origin means this car has a useful interior for all its performance intent. The front seats are supportive but not overly bolstered, everyone gets good head and legroom, and the 340-litre trunk is free of intrusions, making it well-suited for stuff like big suitcases. WRX pricing starts at a shade under $30,000, a number that includes niceties like an infotainment system with smartphone integration, backup camera, 17-inch wheels, and heated front seats. Our tester was kitted out with a Sport-Tech package that adds a nine-speaker 440-watt amplified stereo with navigation, intelligent keyless entry, rear spoiler, 18-inch wheels, LED headlights, sunroof, blind spot detection with lane change assist and rear cross traffic alert, eight-way power driver’s seat, and leather upholstery. That list of goodies adds $6,100 to the car’s price; the middle ground is a $32,795 Sport trim that gets just a few of those extra items.

A continuously variable automatic (CVT) transmission is a $1,300 addition that comes with Subaru’s SI-Drive drive mode selector, which would actually be handy in the manual version, given the car’s aggressive throttle programming.

In the end, it’s the WRX’s seeming desire for speed that makes it hard to live with. A quick car with four doors suggests one as well-suited to track time as the daily grind, but that’s not quite the case here. And I can think of other cars I’d rather drive enthusiastically — including some much less powerful ones — simply for their more engaging mechanical soundtracks.

The WRX does indeed have a huge personality compared to its Impreza sibling, but it’s one that not every driver will want to spend time with.

Chris Chasehttps://chrischasescars.com/
Chris has been writing professionally about cars since 2004, in print and online. He lives in Ottawa with his wife and two feline tyrants. In rare quiet moments, he can be found travelling or playing one of his way-too-many guitars. Chris is also a journalist member of the Automobile Journalists Association of Canada (AJAC).
FILED UNDER:
New CarsCar ReviewsSedan ReviewsSubaruSubaru ImprezaSubaru WRX & WRX STI

For the 2020 model year the Subaru Legacy is new from the ground up, but what does the interior look like? How is the cargo capacity?
Read more
Subaru Impreza

The 2021 Impreza sedan & 5-door doesn't change much but Subaru is including 2 major standard features. Base starts at $18,795.
Read more
Toyota

Only 75 units of this special edition 2020 WRX STI will be sold. Built on the already capable Sport-tech trim, a brake upgrade, and worthy cosmetic upgrade.
Read more
BMW

Kia ramps up its stylish compact 4-door with a new sporty GT model putting down 201-hp from a new 1.6L turbo engine. Not quite a Stinger, but getting close.
Read more
Subaru WRX & WRX STI

Studded or non-studded: the choice is yours. We put the new Continental IceContact XTRM winter tire to the test. Here's our full review.
Read more
SUV and Crossover Reviews