We hit the gloriously windy roads of the Angeles Canyon to pilot Ford's most powerful street-legal machine to date. Two words: Precisely Visceral 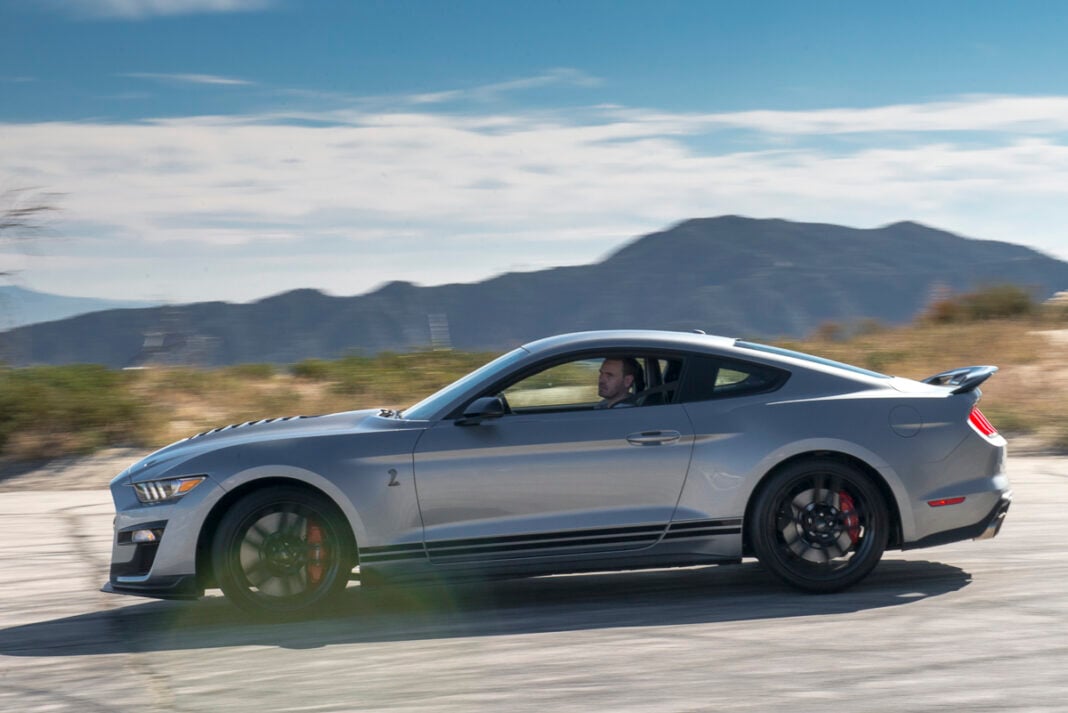 Los Angeles, CA – There was a time when Mustangs and other “pony cars” were good for two things: looking good and going fast in a straight line. The philosophy of product development consisted of taking the coolest looking car and put the biggest engine in it – that’s it. And if you’ve been seeing all the “Mustang vs crowd” videos in the last decade, you know what I’m talking about.

Back in 2018 at the once winter-held Detroit Auto Show, Ford brought back the Shelby GT500. And as soon as the veil was pulled back from it we were eager to see and feel what it could do on the tarmac, and if Ford had put some engineering in to tame the beast and keep it away from crowds and guardrails.

Out with the old, in with the new

The 2005-2010 Ford Mustang Shelby GT500 was nimbler than ever before. But the S197 chassis still had a solid axle rear suspension. Injecting the 550 ponies under the hood thanks to the 5.4-litre supercharged V8 was a riot when paired with the 6-speed gearbox, but corners came fast, and so did body roll.

And it wasn’t long before the rear end would get loose, leaving the driver nervously meddling with the steering wheel.

Then, the 2019 Los Angeles Auto Show came. And representatives from the Blue Oval gave TractionLife the keys to a brand new 2020 GT500, and cut us loose in the Angeles Canyon, a place where cars that are only competent in a straight line can find their grave.

The first thing that hit us when pressing the ignition button on the GT500 is the growl – a judgement day-like growl. Being parked along with a dozen other GT500s in an L.A underground parking garage at the starting point of the drive just exponentially amplified the feeling.

On the highway up to Angeles Canyon, unleashing the 760 horses and 625 lb-ft of torque took a split second, while the Shelby literally jumped up and fired forward like a missile at the slightest pressing of the accelerator pedal. Thanks to the V8 5.2-litre supercharged engine, power is – as we would expect from anything Shelby – grotesque.

The new 2020 Ford Mustang Shelby GT500 has completely changed and evolved into a precise work of engineering. Once a raw, bystander-injuring instrument, this top of the line Mustang has been precisely sharpened to compete with other 100k price bracket competitors.

But what characterizes the experience with the new GT500 is that the wait, or pedal lag, is almost non-existent, thanks to the Tremec 7-speed dual-clutch transmission. This box replaced a good ‘ol 6-speed unit that was available on the previous GT500.

If tackling the tight roads of the Angeles Canyon was a ludicrous challenge that required diapers and Gravol on board a S197-chassis GT500, the new iteration makes for an easier endeavour. And that 7-Speed Tremec, although leaving us a little sceptical at first, turned out to be in the right gear every time we heavily tossed the ‘Stang in and out of corners.

With a new model-specific suspension that recalibrates dampening according to the several drive modes available (like Normal, Sport and Track), the new Mustang Shelby GT500 joyfully pairs high performance and bottom-end torque with precision handling. An experience virtually devoid of body roll when tossing around the 4,225 pounds that it inevitably has to carry around.

And if things got out of control, the massive 16.5-inch rotors paired with 6-piston Brembo calipers could halt the beast – and save the day.

Sounds weird, doesn’t it? Precision handling in an American muscle car that has a reputation of focussing on blunt, severely delivered power? But in the end, the new 2020 Ford Mustang Shelby GT500 has completely changed and evolved into a precise work of engineering.

Once a raw, bystander-injuring instrument, this top of the line Mustang has been precisely sharpened to compete with other 100k price bracket competitors. 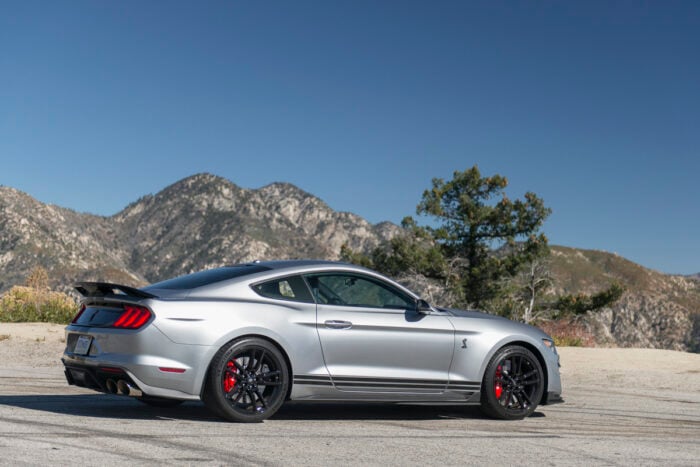 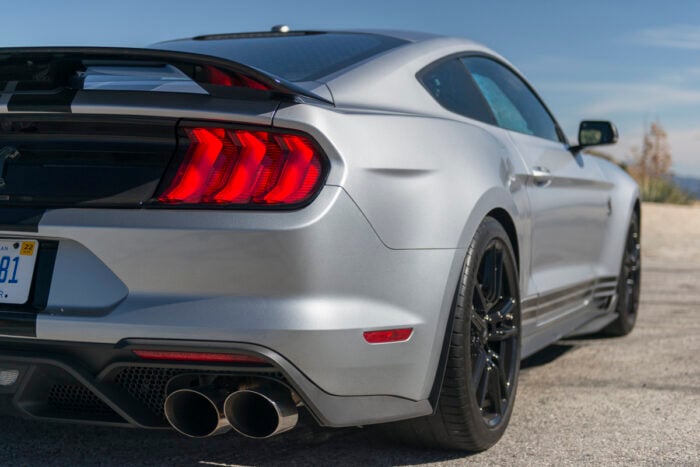 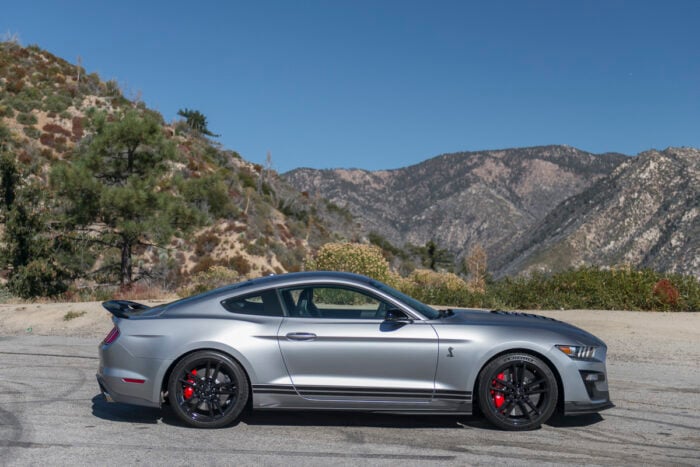 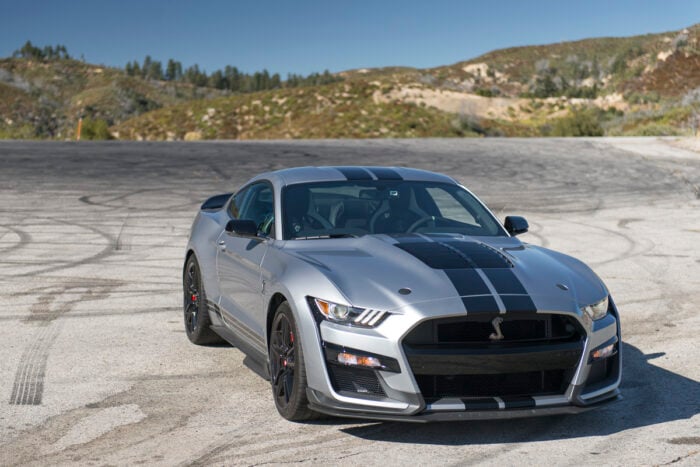 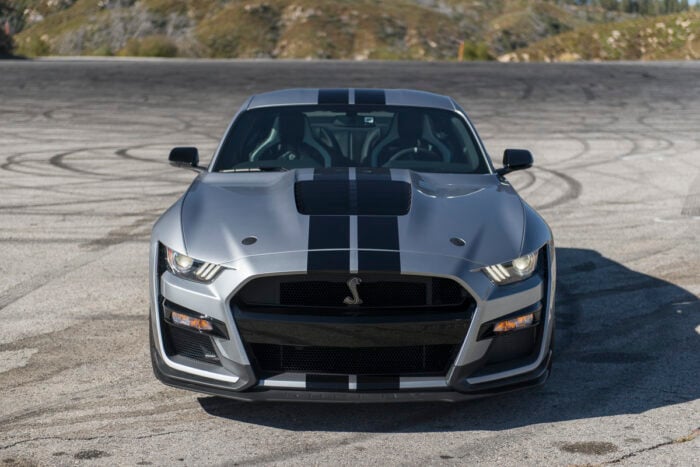 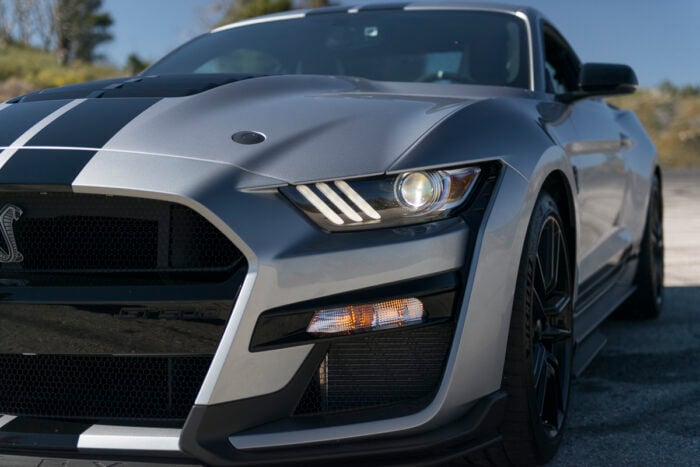 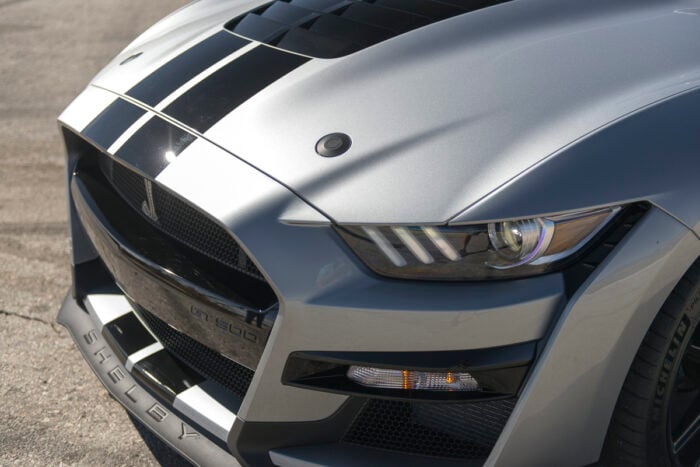 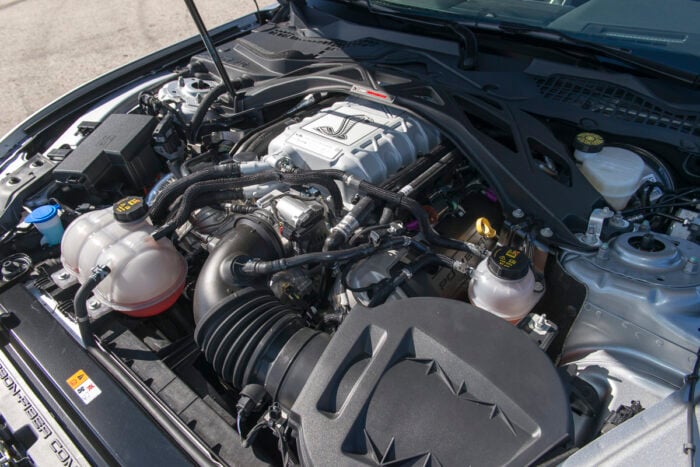 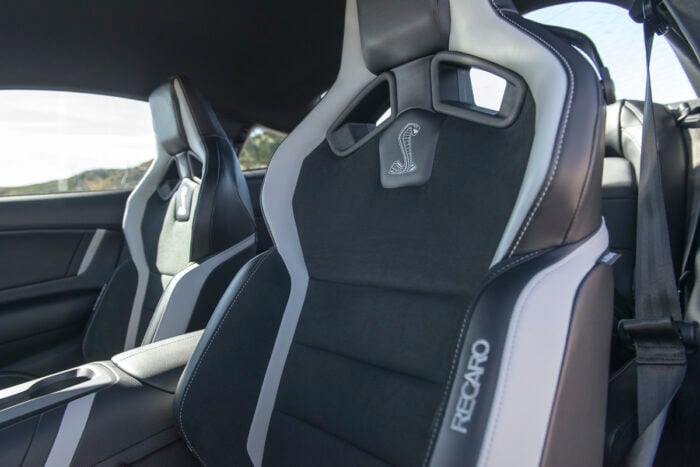 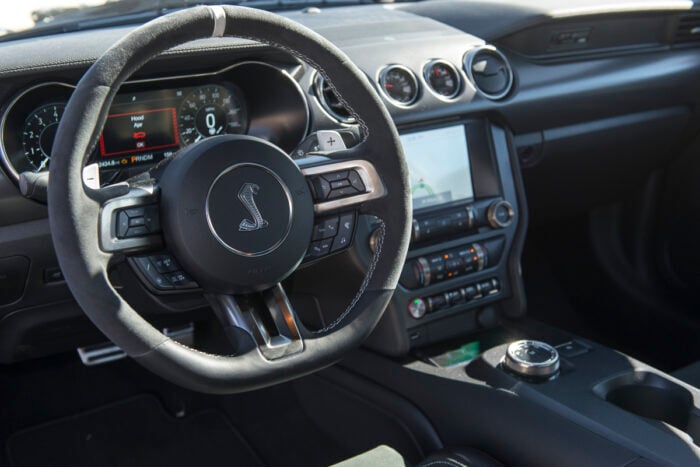 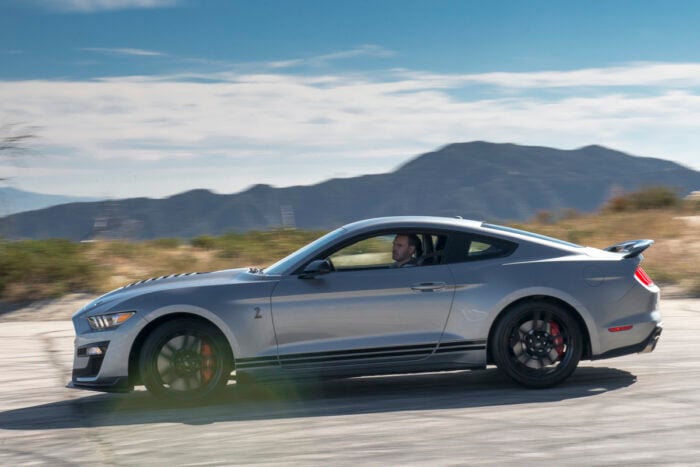 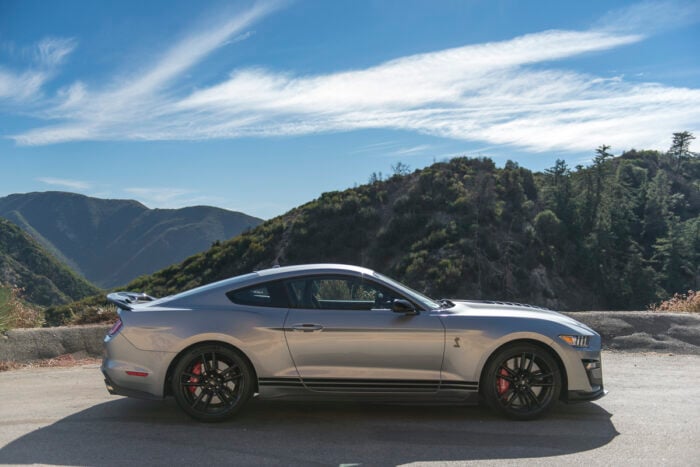 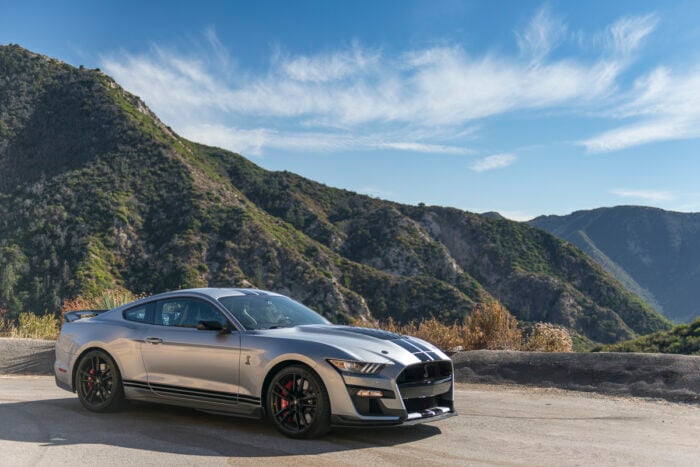 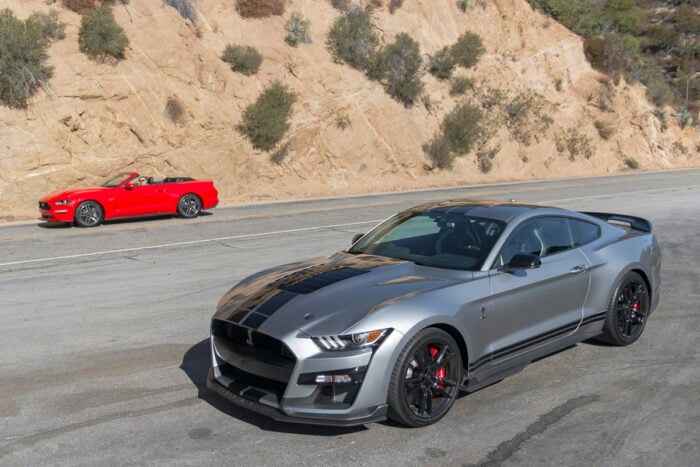 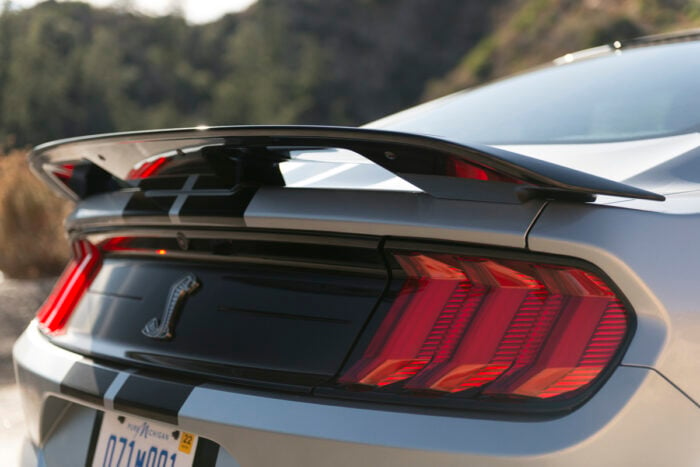 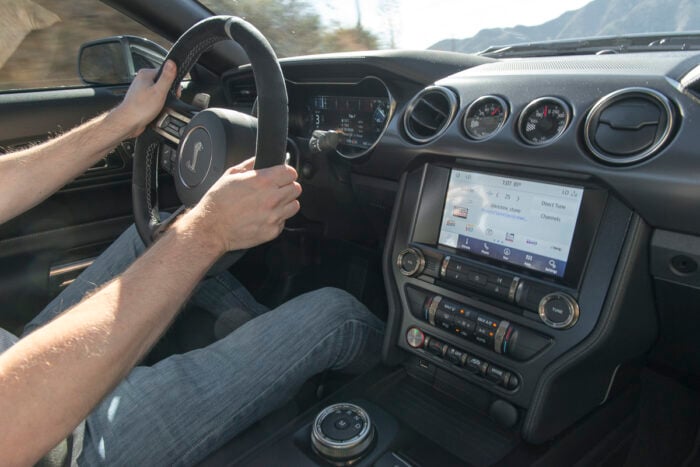 Louis-Philippe Dubé
Louis-Philippe Dubé has been contributing to a variety of established motor outlets for years, including Quebec's Le Guide de l'Auto. His passion for everything automotive comes from a career as a mechanic, but also from the family vehicle collection that includes a 996 Porsche Turbo and a 2006 Ford GT.
FILED UNDER:
FeaturedFord CoupesFord Mustang Reviews & NewsFord Mustang Shelby GT500