7 production vehicles you should know about

The one auto show that puts a smile our faces, both for the sunny California vibes and number of significant world debuts kicking the show circuit into gear each year, the 2019 Los Angeles Auto Show ran between November 21 to December 1. But we got a sneak peak at the big debuts before the doors opened to the public. Here are 7 worthy debuts to know about, especially if you’re in the market to buy a new vehicle. Arguably the biggest debut at the show was this – Ford’s new 2021 Mustang Mach-E all-electric, 5-passenger compact crossover hitting dealerships November 2020. Available in 5 trims, including the range-topping GT that will do 0-60 in the mid 3-second range, the muscle-car inspired EV all Mustang on the outside but a complete departure inside and under the hood (or under the car). The new Defender hype rolls on, and in conjunction with the 2019 LA Auto Show, Land Rover reveals pricing for the reimagined off-road SUV — including the 2020 Defender 90 First Edition with a price tag of $65,100 when it goes on sale Summer 2020. All other 90 models offering up to six seats arrive in Fall 2020 with a lower starting price in the mid-$40,000s, according to the company. 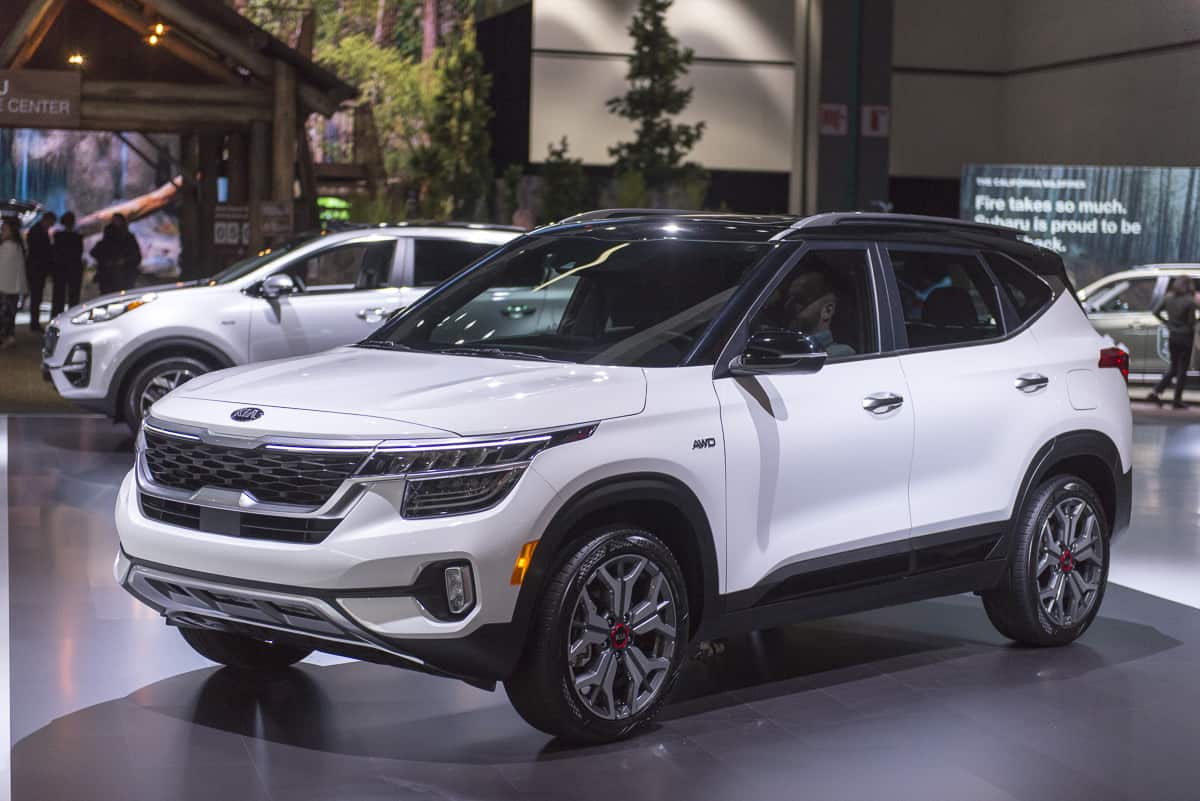 Right now, entry-level sport utilities are the fastest growing, most in-demand vehicles on the market. But that’s not stopping Kia, currently on fire with the likes of the popular, 3-row Telluride — and now this, a rugged little hauler slotted between the Soul and Sportage. On the heels of Lincoln’s new 2020 Corsair compact SUV debut — replacing the outgoing MKC — the luxury brand now offers a plug-in hybrid version of the stylish little hauler with the 2020 Corsair Grand Touring. Revealed for the first time in Los Angeles ahead of the LA Auto Show, the PHEV Corsair arrives at dealerships sometime Summer 2020, produced at the Louisville Assembly Plant in Kentucky; stay tuned for official pricing. The new electrified CR-V is Honda’s first hybrid-powered SUV in North America, joining its refreshed 2020 gas-engine sibling while beating it down at the pump offering a 50-percent higher city fuel economy rating, according to Honda. It’s official: Audi is now the proud builder of the fastest production SUV to lap Germany’s Nürburgring with the new 2020 RS Q8, debuted at the LA Auto Show. With an official time of 7 minutes and 42.2 seconds, Audi’s new green beast is the first RS-series SUV to land in America.

The Sentra compact sedan is North America’s biggest selling Nissan, having shifted more than 6-million examples since its introduction in 1982. In recent generations at least, it’s been more fleet-friendly and functional than sleek and stylish, but that all changes with the all-new eighth-generation model, which arrives at dealerships in February 2020.