Specs are out for most powerful street-legal Ford ever 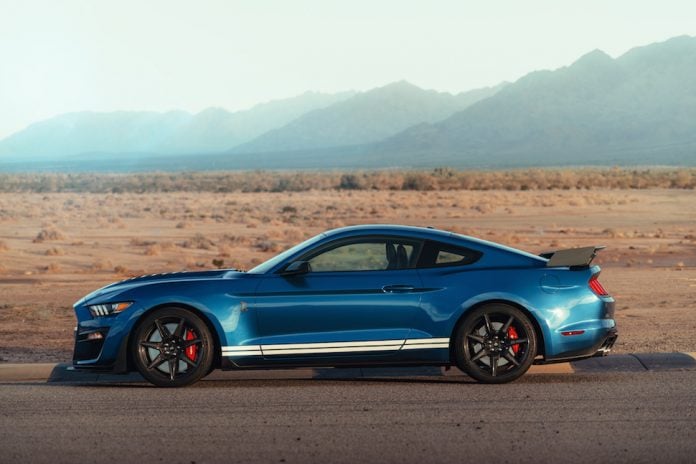 The 2020 Mustang Shelby GT500 specs are out, taking Ford nearly half a year to spill the beans on what is the brand’s most powerful street-legal Ford ever.

First unveiled back in January at the Detroit Auto Show, the new GT500 would undoubtably make the late Carroll Shelby proud, boasting 760-hp and 625 lb.-ft. of torque from its 5.2L supercharged V8. Making this the most power- and torque-dense supercharged production V8 engine in the world, according to Ford.

Sibling GT350 is no slouch either putting down 526-hp and 429 lb. ft of torque, or the 480-hp Mustang Bullitt, but does fall short of the Dodge Hellcat’s nearly 800-hp powerplant. But hey, at these insane levels who’s counting a few horses here or there.

This 700-hp Eagle Squadron Mustang GT with its RTR wide-body kit is worth checking out if you’re into track drifting Pony cars.

Designed to devour the track, expect the Shelby GT500 to sprint 0-60 somewhere in the mid 3-second range, accomplishing the quarter-mile in under 11 seconds alongside the latest Ford GT supercar. 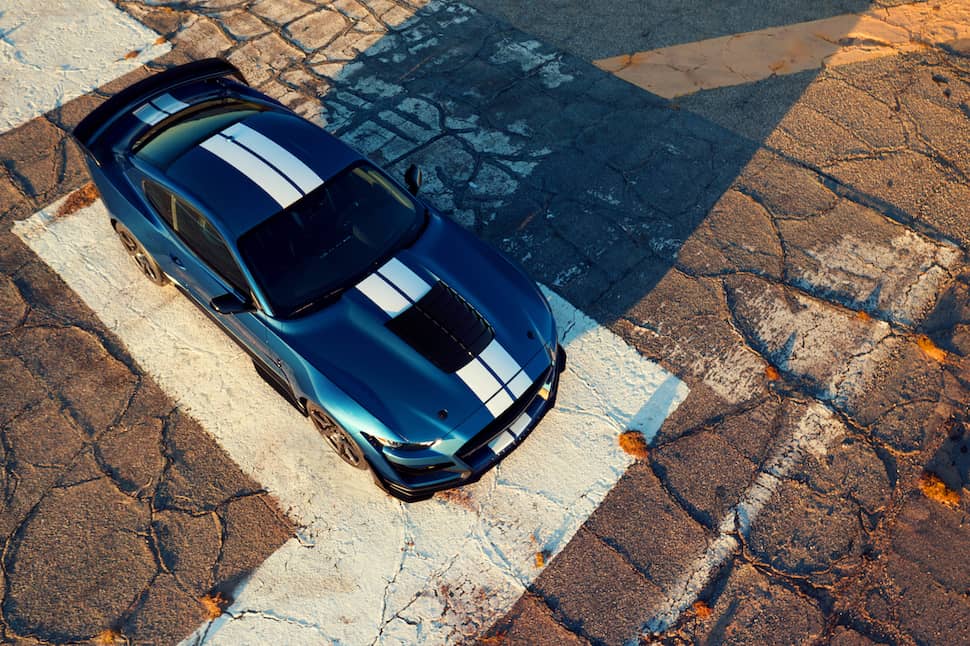 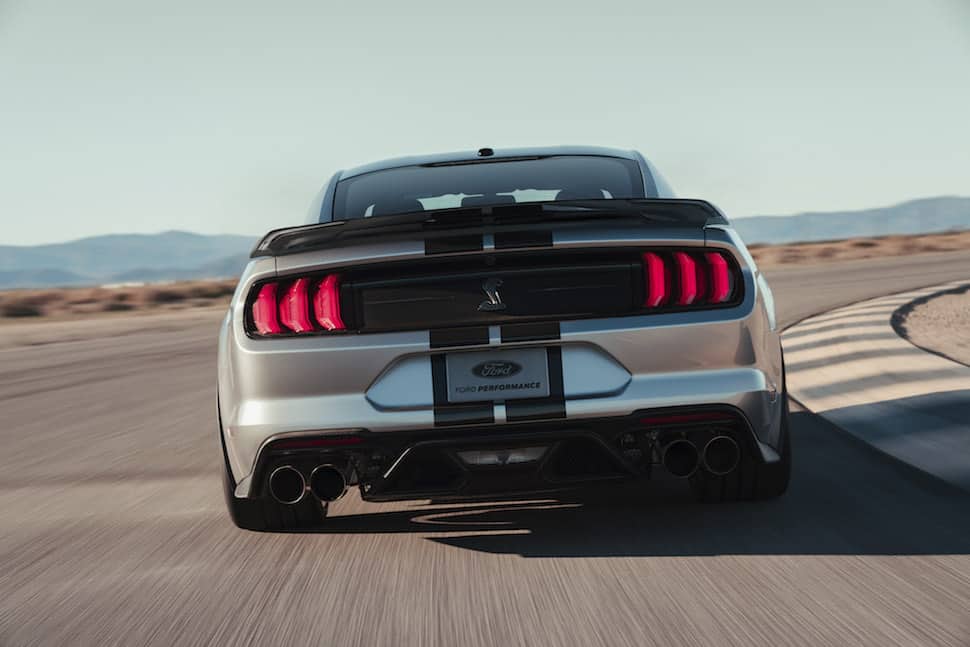 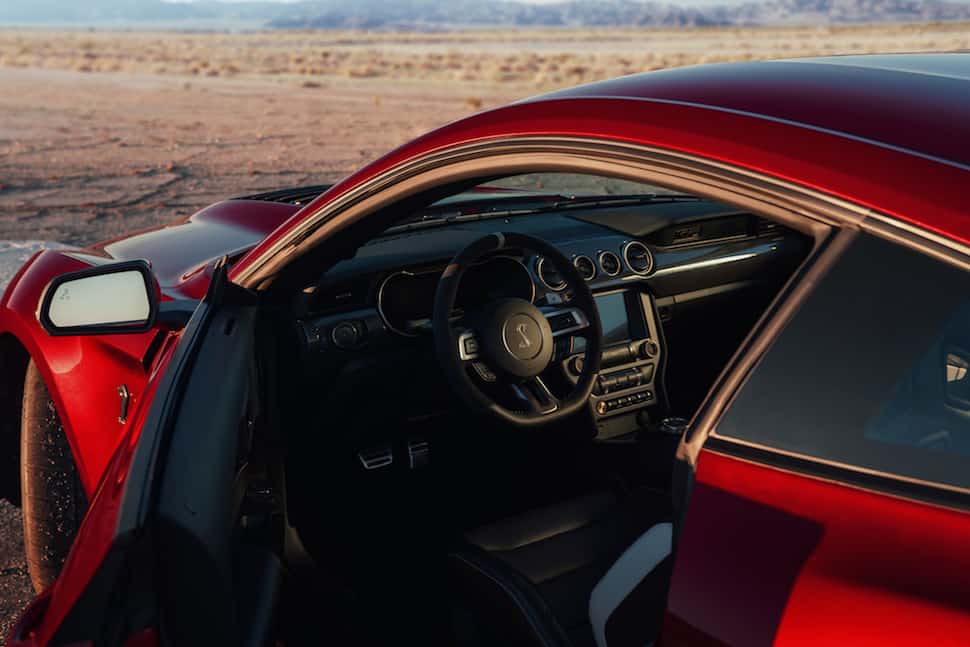 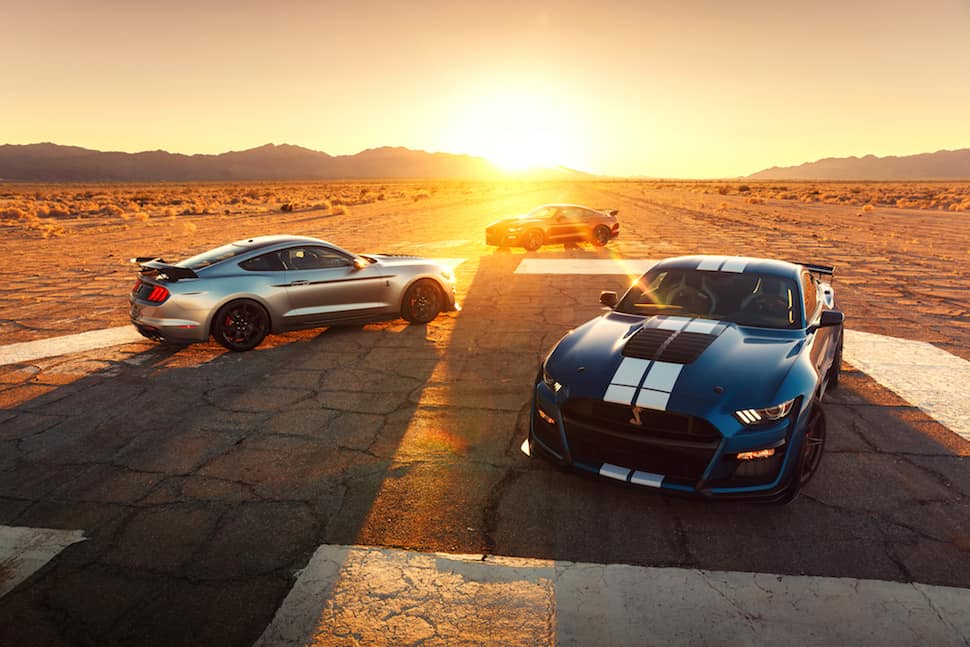 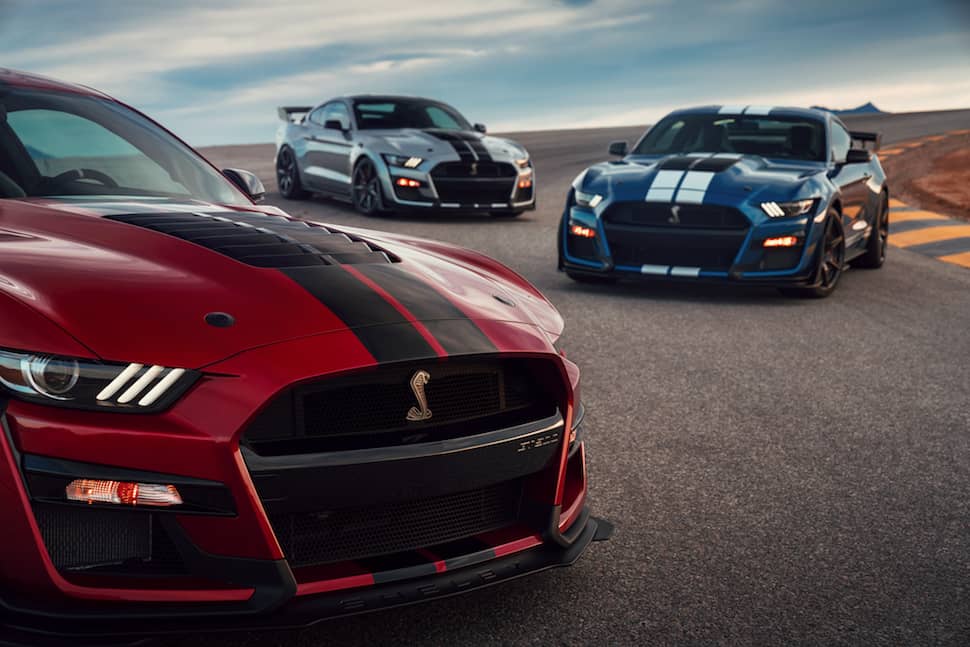 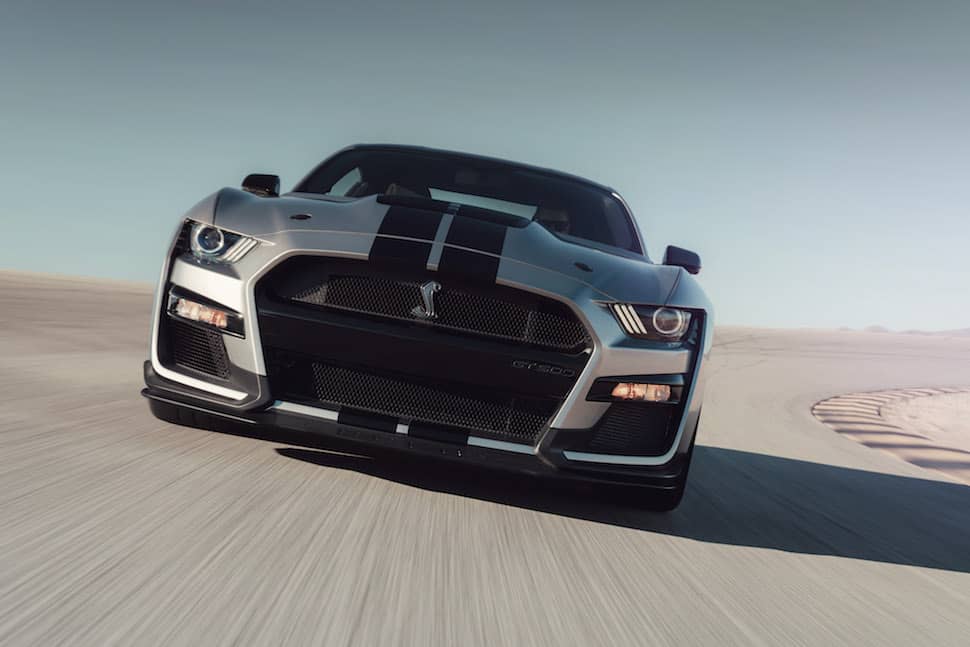 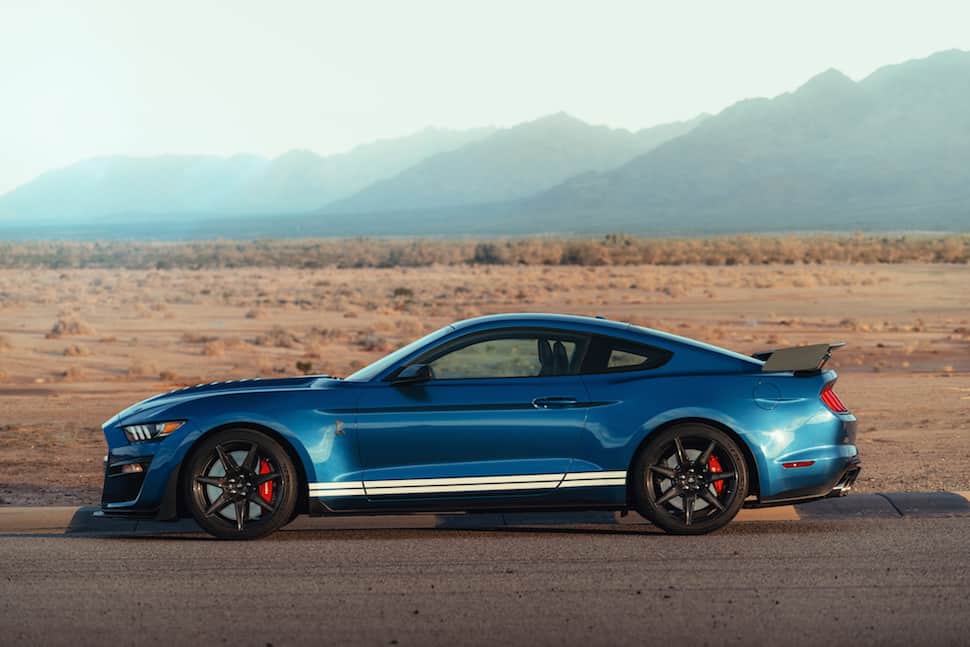 Turns out Californians love the Mach-E, Carbonize Gray is the most popular colour, and First Edition reservations are full. But Premium & GT are good to go.
Read more
Man Cave Ideas

The 1967 Mustang Fastback is a true classic. LEGO & Ford bring the iconic muscle car to life with this 1,471 piece set, part of the Creator Expert series.
Read more
Ford Mustang

We review the 2018 Mustang EcoBoost with the 4-cylinder turbo that's more powerful than the GT V8 was 10 years ago. Good enough for hardcore muscle-car fans?
Read more
Ford Mustang

If you buy the new 2019 Mustang Shelby 350GT when this muscle car arrives early next year, Ford will throw in a Track Attack driving program from Ford Performance. Not bad.
Read more