Revamped inside & out (and underneath), we put the range-topping mega Caddy to the test powered by the 6.2L V8 mill. 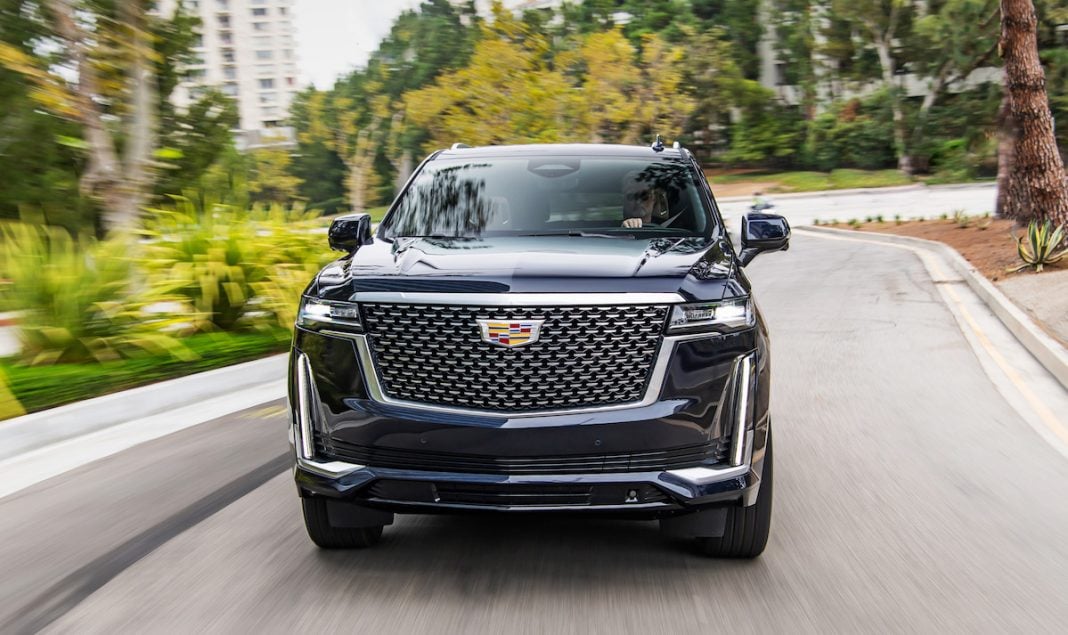 The Cadillac Escalade is up there among the best-selling full-size luxury SUVs in North America. And say what you will about this shiny social statement on wheels, its popularity has been nothing short of astronomical since its introduction in the early 2000s.

But in 2020, the Cadillac Escalade was still a boxy ol’ truck with a rigid axle suspension in the rear, solitary confinement-like legroom for third-row passengers and outdated technologies with a $100,000 price tag, especially with what that kind of money can buy in the almighty German catalogue of SUVs.

We took the new Cadillac Escalade in the second-highest Premium Luxury Platinum trim (with the 6.2-litre V8 mill) for a drive to see what kind of tricks the Escalade has for its loyal customers. Here’s the current 2021 trim offering with the non-diesel V8 engine:

New design inside and out (and underneath)

First, the mega Caddy’s exterior was greatly revamped to follow suit with the new streamlined looks carried by other models like the XT6.

But the critical changes were made underneath its shiny armour, alterations that make it more spacious, more agile and, above all, more modern.

One of the most important changes conducted on the new Escalade is its new independent rear suspension, a component which not only enhances ride comfort and predictability at the wheel, but also clears an unprecedented amount of space in the rear.

Let’s face it, the luxury attribute of the outgoing generation Escalade stopped at the third row – which felt more like a penalty box than occupant space. The new Escalade has 25 centimetres of additional legroom. On top of that, the rear cargo area can provide 3,585 litres when all rear seating is folded.

Sitting at the wheel comes with its load of privileges. While the throne itself might not feel as comfortable in terms if plushness compared to the outgoing generation, who’s seating resembled that of an old, worn-in LA-Z-BOY. The newer seats are more modern and a bit harder.

In front to the driver lies the automotive industry’s largest curved infotainment screen, stacked with a fully digital instrument cluster. The whole contraption almost spans from one end of the driver’s field of view to the other. Although astoundingly loaded with features, this unit is fairly easy to use like other infotainment systems throughout GM’s lineup.

Underneath the Escalade’s massive hood, GM elected a pair of well-known powerplants. First, the trusty 6.2-litre V8 which churns out a healthy 420 horsepower and 460 lb-ft of torque is the most popular option. But buyers can now opt for the 3.0-litre Duramax diesel unit with 277 horsepower and 460 lb-ft of torque (as in this 2021 Chevy Tahoe we reviewed). Both come mated to a 10-speed automatic transmission.

The Premium Luxury Platinum variant tested was fitted with the 6.2-litre mill, which unsurprisingly picked up and threw the Escalade around like it was nobody’s business. But the pairing with the transmission had a strong hand on dynamics in there, channelling the brute force to the wheels with little to no delays.

We noticed the stratospheric gap between the Escalade’s behaviour when driving spiritedly compared to that of the outgoing generation. The caddy’s roll has been mitigated, along with a more precise steering sensation to go with it.

While handling isn’t (and shouldn’t logically be) the Escalade’s forte, we noticed the stratospheric gap between the Escalade’s behaviour when driving spiritedly compared to that of the outgoing generation. The caddy’s roll has been mitigated, along with a more precise steering sensation to go with it. Don’t get any illusions, physics do catch up to the high-off-the-ground nature of the Escalade, but it still handles itself in a somewhat more predictable manner.

This predictability is strongly enhanced by the Magnetic Ride Control suspension which acts like an oracle – not only scrutinizing the road and adapting to provide a better ride for occupants, but also gauging the driver’s inputs to react accordingly in a given situation.

The Escalade is fitted with the Super Cruise semi-autonomous technology, which has been gaining a considerable amount of traction in GM’s catalogue in the last year. Although our tester wasn’t blessed by this specific technological advancement, it might be something to consider if you’re planning to get on the road for long distances. The only thing to watch out for is to validate if the roads you plan on travelling on are compatible with Super Cruise.

Heavy lies the crown for the Escalade, because although loved until the last model year, it’s monarchy had stretched as far as it could go and its subjects would’ve eventually opted out to go towards the newer Lincoln Navigator or German-made SUVs.

The Escalade’s reform was overall a successful one, and this now up-to-date mall crawler can serve demanding families that have certain needs in terms of technology and space, and who are not afraid of big digits at the pump.

Like every gas-only model on the planet, what might be the next big thing for the Escalade is an electric version – which could come sooner than we might think. Here are some more gas and electric 2021 & 2022 SUVs worth checking out. 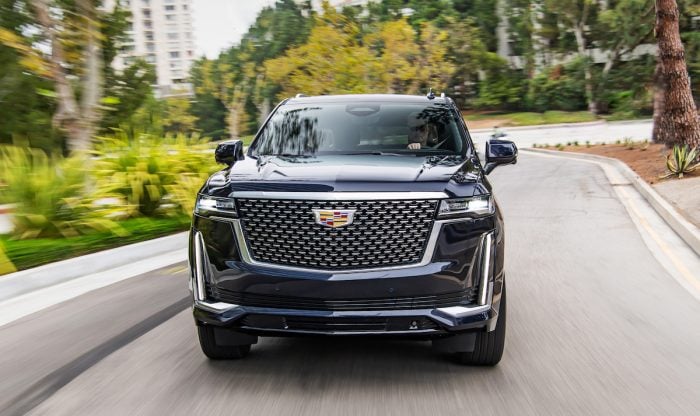 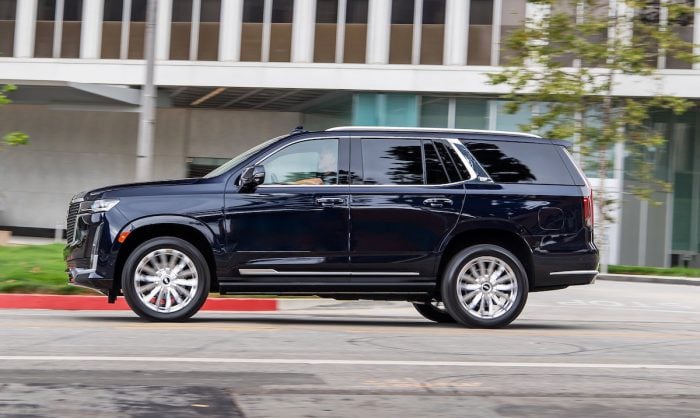 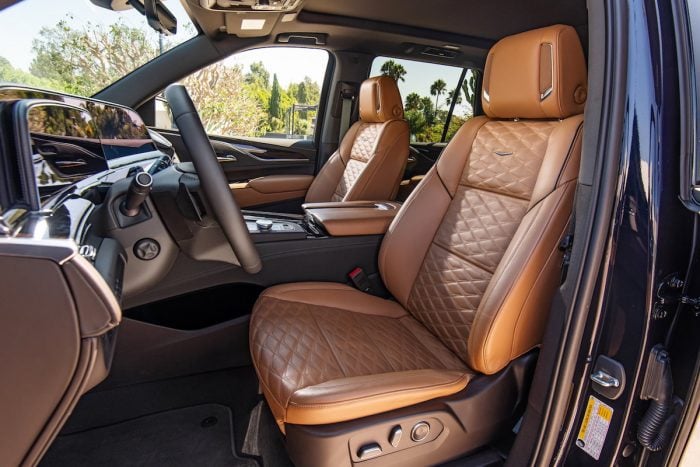 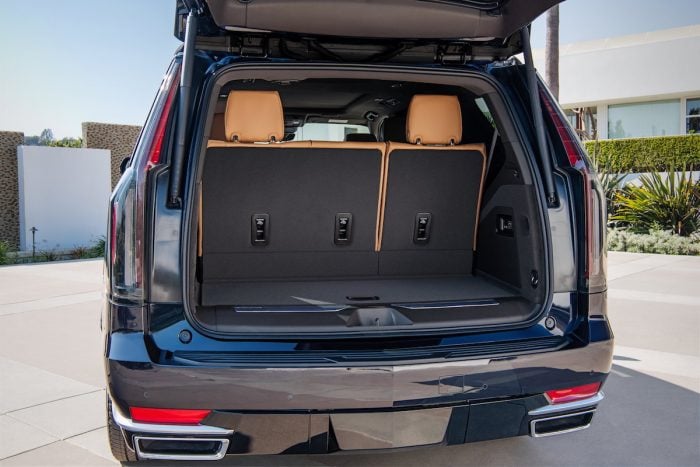