This isn’t the Ram TRX rival we were expecting…just yet. Here's a closer look at what's new. Ever since the original Ford F-150 Raptor was released in 2010, the entire truck segment mutated into something else. After all, the Raptor proved to the entire world that a mainstream pickup truck could also dub as a dune conquering off-road machine. This pushed the competition to offer something similar, but while Toyota TRD Pro and GMC AT4’s efforts were interesting, the Raptor remained unchallenged until last year when Ram dropped the Hellcat-powered TRX. It was therefore fair to assume that Ford would respond to FCA something equal to or more extreme as the TRX. Well, not exactly.

In order to ensure its dominance in the off-road truck space, Ford preferred using a wiser strategy. While many find this new-generation rig to be rather conservative from a technical standpoint, Ford promises that a second, more extreme Raptor R – powered by Ford’s 5.2-liter supercharged V8 (codenamed Predator) taken straight out of the Ford Shelby GT500 – will aim at directly take on the TRX. That engine, by the way, is good for 760 horsepower.

But until then, Ford focuses on the “normal” Raptor by giving it an evolutionary change. After all, it’s not like the old model was hated by its owners. And while many truck fans are complaining about the fact that a V8 engine hasn’t made a return to the nameplate, Ford did promise that a next-generation 3.5-liter twin-turbo EcoBoost V6 engine will dish out even more horsepower and torque. Dearborn could even integrate its new PowerBoost hybrid setup for optimal fuel economy and even greater torque figures. However, no specifications have yet been published. One thing’s for certain is that the 10-speed automatic transmission will remain the only way to get the power down to the dirt.

So, like the 2021 Ford F-150, the new Raptor rides on an updated version of its old architecture. And just like the non-Raptor F-150, it inherits a slew of styling updates, notably a revised front fascia with a more prominent C-Clamp headlight design. There’s also a new, re-sculpted hood with new cooling air intakes that were inspired from the F-22 Raptor fight plane, Ford says. However, the Raptor gets a model-exclusive hood and wider fender flares.

Ford did however confirm the truck’s towing rating, which climbs slightly from 8,000 to 8,200 pounds. It’s the same story for payload, which bumps from 1,200 to 1,400 pounds. Larger skid plates have also been installed to better protect the truck’s undercarriage. All-new, next-generation FOX Live Valve internal bypass shocks with larger 3.1-inch diameter shock bodies were also installed.

The new Raptor also gets a fully revamped interior, with upgraded materials, more compelling color combinations and a considerable improvement in material quality. The biggest changes are however from a technology standpoint. The Raptor gets the 2021 F-150 interior’s 12-inch full digital display, as well as the latest SYNC 4 infotainment system. It’s presented in an all-new landscape layout of also 12 inches in size. One of this system’s key feature – like the Bronco – is its ability to find and share trails to other off-roaders. Drivers will also be able to download and operate a slew of adventure-seeking apps.

Finally, like the Mustang GT, this new Raptor integrates shut-off valves in its exhaust system. Users will therefore be able to alternate between Quiet, Normal, Sport and Race modes, where a distinct exhaust note has been calibrated for each. Furthermore, up to 7 drive modes are available: Slippery, Towing and Transport, Sport, Normal, Off-Road, Desert Racer and Rock/traction.

Ford hasn’t yet released all the specifications for its new dune-conquering rig yet, but it did promise that first examples will hit showrooms as early as this summer. The Raptor R, meanwhile, is only expected later this year. And while Ford feels confident that it has what it takes to remain the off-roading king, the competition is now blowing down its neck. RAM engaged a recent Twitter war with its “POP THE HOOD” comment, and it’s just a matter of time before GM also releases its version of the thing as well. 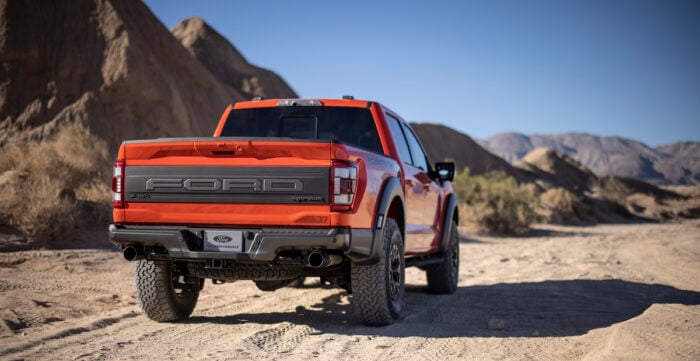 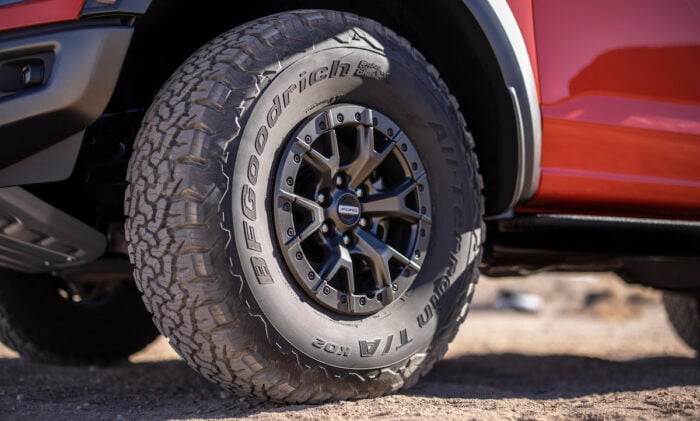 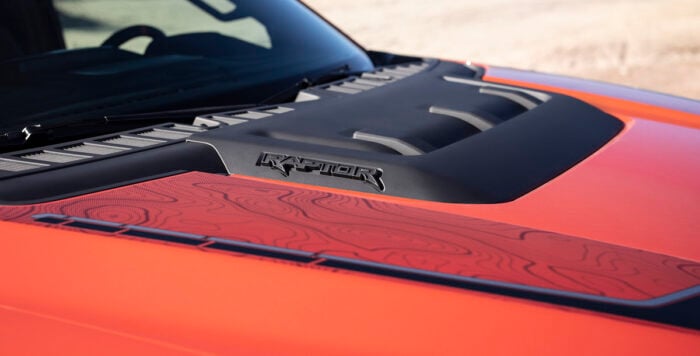 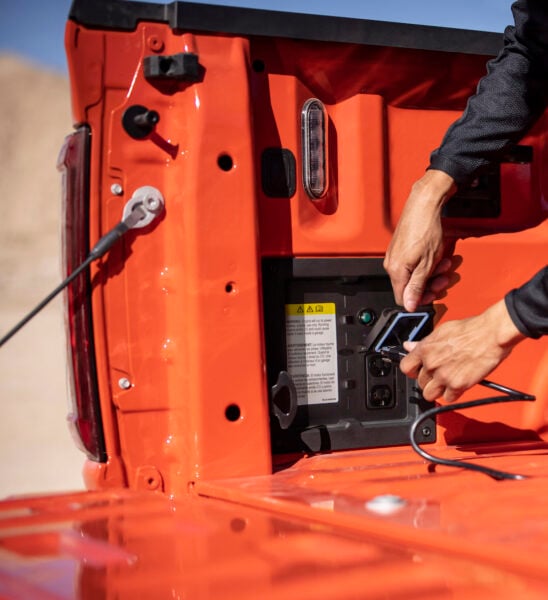 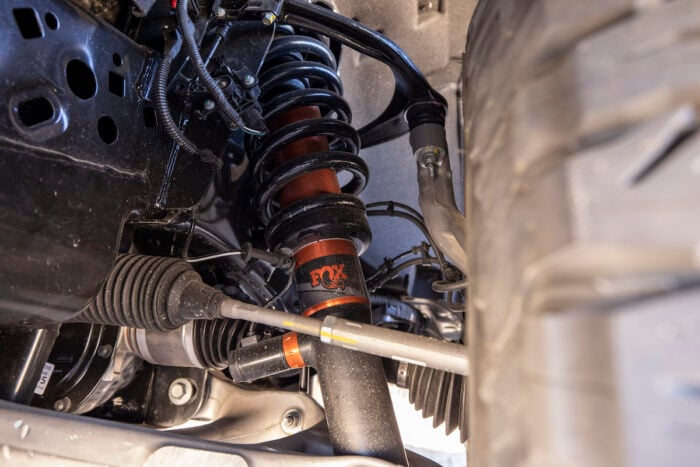 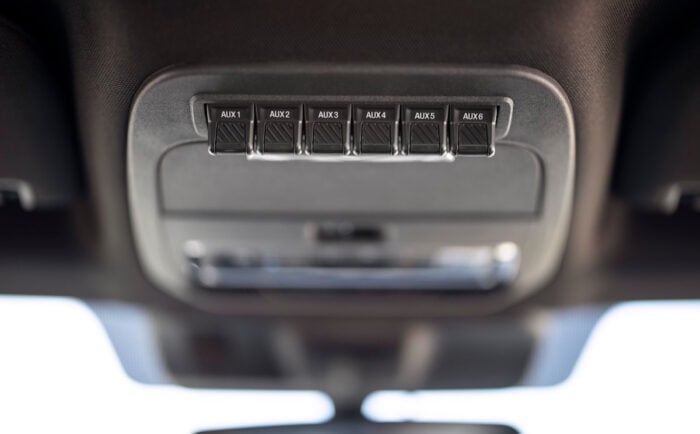 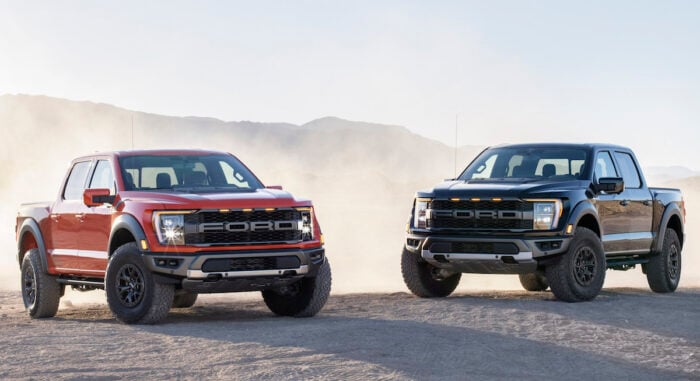 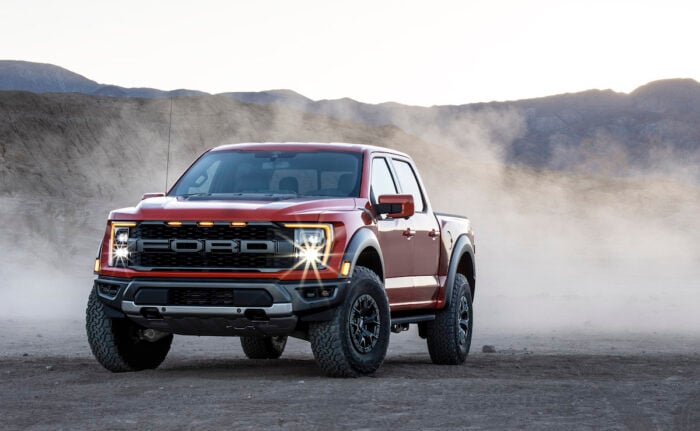 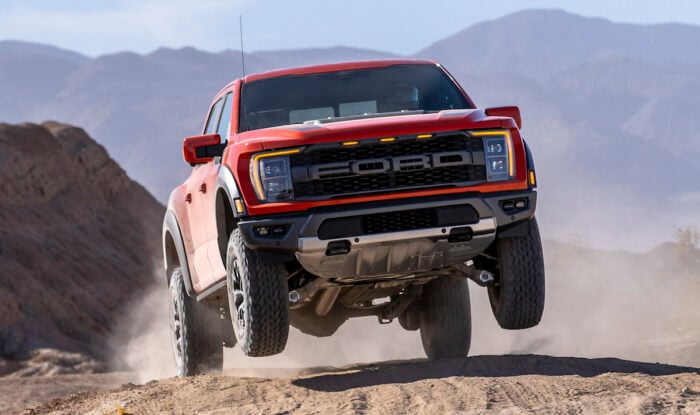 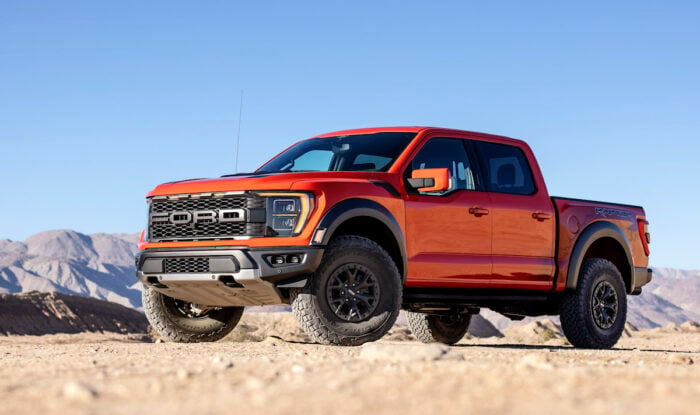 William Claveyhttps://claveyscorner.com/
Automotive journalist from Montreal, William is passionate about anything on four wheels. See his work in various outlets including Jalopnik, DriveTribe, TTAC, TractionLife, and others.
FILED UNDER:
FeaturedFord F-150 Reviews & NewsFord F-150 Raptor