Redesigned inside and out, is Acura's mid-size SUV still the one to beat?

Infotainment screen is not touch capable

With both insurance and gasoline prices climbing exponentially many families are looking to reduce the size of their fleet and find one vehicle that can provide the perfect combination of comfort, safety and utility in a single package. As a result, the luxury three-row SUV has become very popular with consumers, and Acura has created one of the best.

The Acura MDX is unique because it has been designed and engineered in the United States specifically for the North American market, but built to the exceptionally high standards of the Japanese.  This specific focus has allowed Acura to produce a vehicle that is perfectly suited for the needs and wants of the North American consumer, and the pay-off is that the MDX has become the best-selling three-row SUV in the marketplace.

This segment is large, and very profitable, so Acura realized that the MDX needed to evolve to stave off the long list of competitors that are hoping to steal away some customers and wrestle away the MDX’s crown. For 2022 the MDX has been almost completely redesigned and repackaged. In fact, all that remains of the outgoing model is the engine.

The 2022 MDX is substantially larger than its predecessor, and less boxy, but it still manages to look like an Acura. The over-sized grille and elongated lights reflect the brand’s current design language as used on its stable mates the TLX sedan and the smaller RDX SUV, and distinct body lines, creases and curves help the MDX look both sporty and refined.  Often larger passenger vehicles begin to morph into the dreaded van shape, but Acura avoided this by preserving the long hood and giving the front fascia a more sculpted, and aggressive design.

For 2022 the MDX has been almost completely redesigned and repackaged. In fact, all that remains of the outgoing model is the engine.

When viewed from the side a combination of chrome trim pieces and gloss black elements help accentuate the vehicle’s aerodynamically efficient shape and design elements.  At the rear designers have managed to hide the MDX’s larger size by incorporating a larger rear window glass, narrow tail lamps and a distinct shape which tapers to a prominent centre point.  Again the use of subtle chrome and gloss black elements add some interest and flair to the design.

Interior: inside the redesigned 2022 MDX cabin

The MDX is a premium offering and the look, feel and layout of the passenger cabin reflects this. As Acura’s flagship the MDX needs to impress, and there is a nice mix of textures and materials used to evoke a sense of quality and luxury. The leather seating and door panels feature distinctive stitching and piping, while real wood inlays compete with black piano and alloy pieces to attract the eye.  The overall look is visually appealing and upmarket.

Perched in the driver’s seat you come face-to-face with Acura’s first completely digital gauge clustre, which features several different configurations – based on drive modes – and proved easy to read and navigate. The leather-wrapped steering wheel is adorned with a variety of controls to allow the driver to scroll through the clustre’s many functions as well as operate many of the vehicles other equipment settings.  Paddle shifters proved useful when passing or climbing steep grades and a heads-up display allows the driver to maintain his or her focus on the road ahead.

Atop the dash sits a 12.3-inch high-definition LCD infotainment screen which is controlled using a console mounted touchpad. While I did appreciate the addition of a clever wrist rest to facilitate the use of this input technology, I still found it cumbersome, and would much rather have touch-screen capability added to the display itself.

A push button transmission resides prominently on the centre console and takes some getting used to, but the aforementioned paddles are handy for when a quick gear change is in order.

Glove friendly buttons and dials populate the lower stack to control HVAC and audio functions, and there is a quick to access volume dial on the console as well as a selector toggle.

The MDX offers true seven-passenger seating in a conveniently sized package. What I mean here is that the vehicle’s design allows for seven people to travel in relative comfort in a vehicle that is not cumbersome to drive in tight urban environments. Seating is configured in a 2-3-2 layout, but the cleverly designed second row can be quickly converted to a 2-seat configuration by removing the seat should the user decide that access to the rearmost seating area is important on occasion.

The vehicle’s increased size gives the whole cabin a roomier feel, especially in the second row, where I found plenty of leg- and headroom for my 6-foot 2-inch frame.  The third row seats now sit higher and offer a little more legroom, but remain cramped for adults. All MDX models feature an enormous glass moon roof as standard.

The heated and cooled front seats are of course power adjustable, but also feature four-way lumbar support, three position memory and thigh extension capabilities. Rear seats are heated and the two outboard second row seats can slide fore and aft to adjust for comfort. There is a push button power rear seat slide to allow for quick operation when loading passengers into the very back. Parents with small children will appreciate that there are three sets of child seat anchors available in the second row.

For situations where cargo capacity trumps passenger needs, both sets of rear seats fold to create an almost flat floor. The MDX does not offer power folding third row seats, but this saves weight and allows for more cargo room.  The rear cargo floor features a panel which is removable to reveal a handy hideaway storage area, but this panel is two-sided and can be flipped to offer a plastic cover for when you need to transport wet or sloppy items.  There is a traditional button to initiate the hatch to close once you are ready to get under way, but a second switch on the side wall allows for a delay in the process should you have your hands full.

Under the hood is a 3.5-litre V6 engine that is a holdover from the outgoing model, but this is a proven performer that delivers 290-horsepower and 267 lb-ft of torque.  Power is sufficient to hustle the now heavier MDX  (up 114 kg) from 0-100 km/h in about 7-seconds, and it never feels sluggish as the new 10-speed automatic transmission features a lower first gear and shifts both quickly and efficiently. Torque is also delivered much faster front to rear, and Acura claims that rear torque capacity has increased by a substantial 40-percent.

The MDX features Acura’s full-time Super Handling all-wheel-drive system can send as much as 70-percent of available power to the rear axle, and 100% of that can be sent to either rear wheel as needed.  This torque-vectoring ability allows the MDX to effectively rear steer which enhances the driving experience for the driver during cornering.

How does the 2022 Acura MDX handle and perform?

Handling remains confident and precise as the chassis has been upgraded and there is a new double-wishbone suspension up front.  The steering column offers both tilt and telescoping adjustment but the steering feels a little numb unless operating in Sport mode.  I found the vehicle to remain balanced during turning manoeuvres in all four drive modes, but when operating in Sport it felt nice and snappy for a vehicle of this size.

Ride quality is preserved well by the adaptive dampers, and road noise is subdued. The melody created by the exhaust note and engine noise is unobtrusive but hints at Acura’s motorsport heritage.

My test unit was the top-of-the-line Platinum Elite so it featured all of the latest technological goodies and safety equipment Acura has to offer, many of which are standard on all MDX trim levels. These include such necessities as forward collision braking with pedestrian detection, lane-keep assist, blind-spot monitoring, rear cross-traffic alert and adaptive cruise control.

The new MDX has been designed to compete. It’s packaged well and the price of entry is attainable. Add to this the fact that the vehicle performs as well, if not better, than its much more costly German rivals, and you have a real segment winner. Here are some more 2022 SUVs worth waiting for. 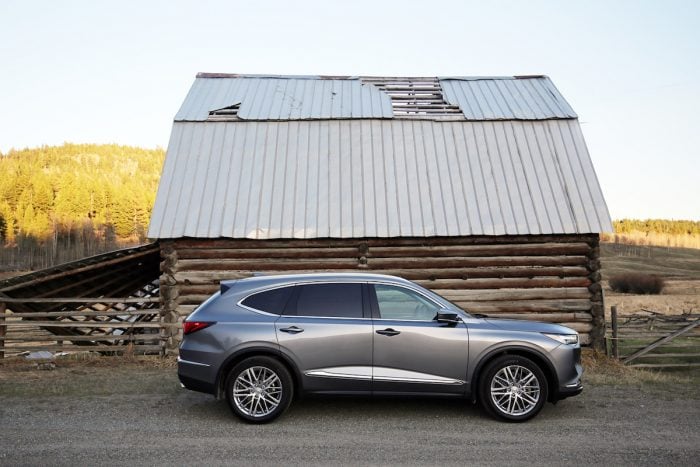 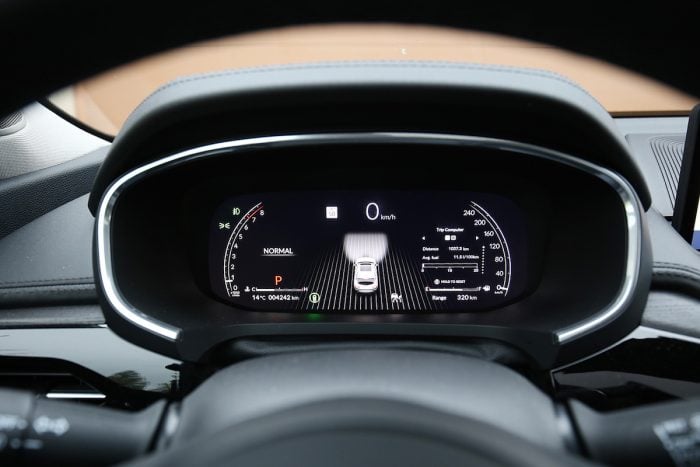 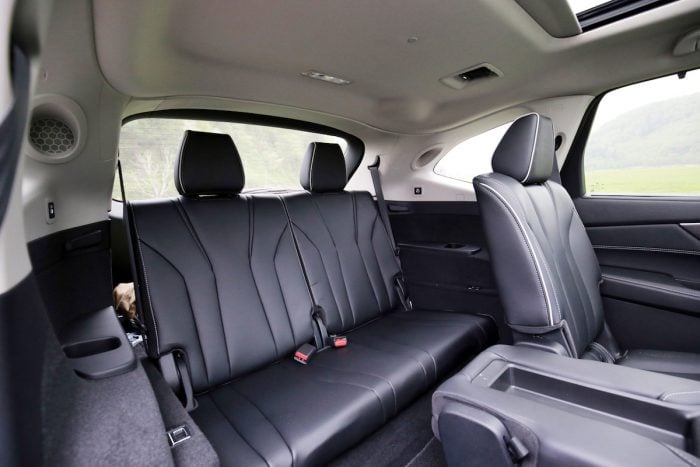 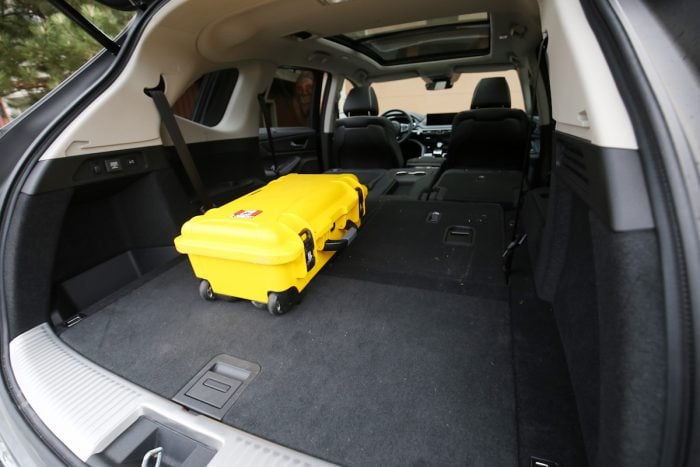 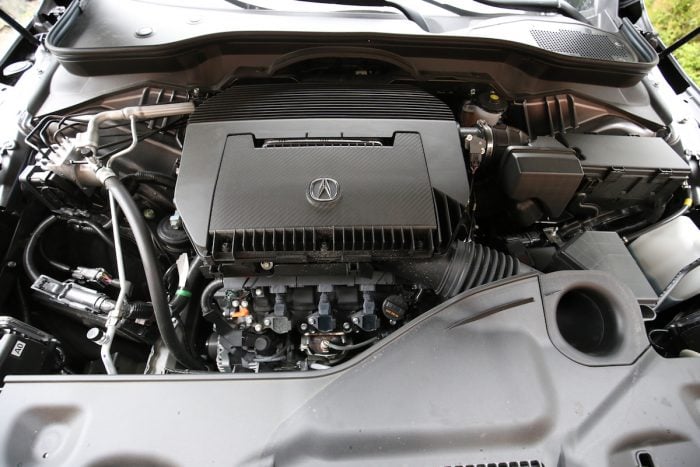 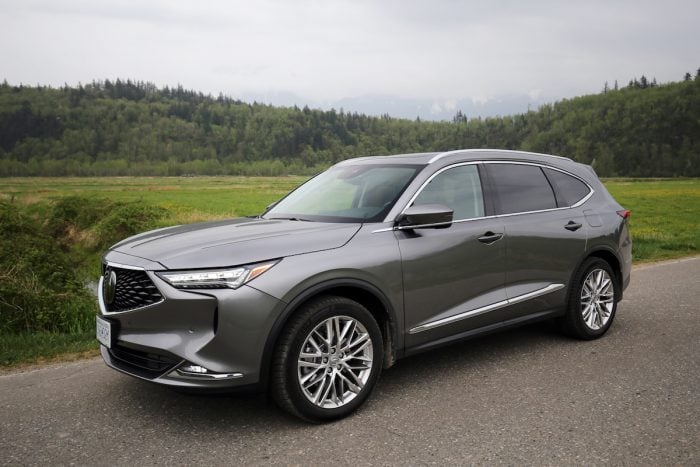 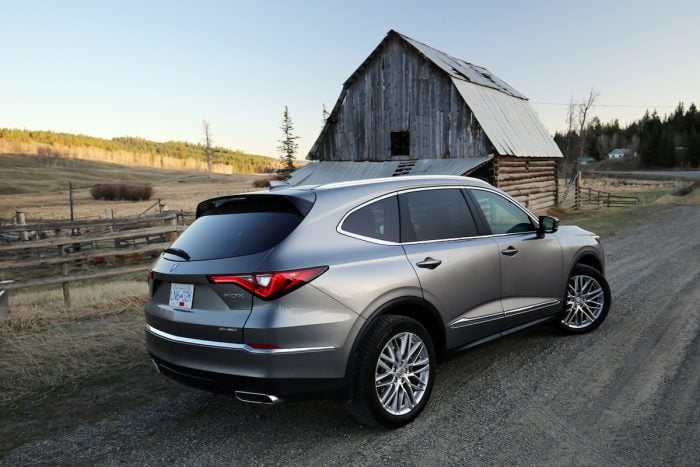