How does Chevrolet celebrate Corvette Racing's complete IMSA GTLM 2020 season dominance? With a pair of special editions, of course. Plus, changes to the entire 2022 lineup. The redesigned Corvette Stingray may only be a couple years old now, but for 2022, Chevrolet has added some worthy features to the mid-engine sports car, including a new model to celebrate Corvette Racing’s recent racing dominance.

These upgrades aren’t earth-shattering — from new exterior colours, refined performance with the same specs, and some fresh styling options — but the addition of the limited 2022 Corvette Stingray IMSA GTLM Championship Edition is definitely something Vette fans will get excited about.

What’s new to the 2022 Corvette Stingray?

On the styling front, the new model arrives with some extra exterior colours: Hypersonic Gray, Caffeine and Amplify Orange Tintcoat. And those who don’t opt for the burly Z51 Performance Package now get a new low-profile rear spoiler and the Z51 design front splitter as optional.

The 6.2L V8 engine mated to the eight-speed dual-clutch transmission will still produce the same 490-hp and sprint 0-60 mph in 2.9 seconds as the outgoing model (or 495-hp with the optional performance exhaust system), but Chevy has refined some of the details. This includes improved engine calibration and an enhanced Active Fuel Management range, coupled with an upgraded direct injection fuel system.

Again, not major changes — nor should they be — but worthy upgrades to an already capable sports car that comes in either coupe or convertible form, and available in 3 trims including 1LT, 2LT and 3LT, plus the optional Z51 Performance Package.

Now, the good stuff. Based on the 3LT trim with Z51 Performance Package, the Championship Edition celebrates Corvette Racing’s complete dominance and sweep of the GT Le Mans titles of the 2020 IMSA WeatherTech SportsCar Championship.

As Chevrolet puts it, “Racing has been part of the Corvette’s DNA from nearly the beginning…Both the Corvette Stingray and C8.R have seen tremendous success capitalizing on the benefits of a mid-engine platform – and we’re just getting started.”

This civilian-model even comes with features mimicking the No. 3 and No. 4 Corvette C8.R race cars from the series piloted by Corvette Racing’s Jordan Taylor and Antonio Garcia.

Each models gains Corvette Racing-themed graphics packages with some extra goods including a high-wing spoiler and exterior mirrors both in Carbon Flash, yellow brake calipers, black side rockers, splash guards, and Black Trident design wheels with the “Jake” logo on the centre caps and black lug nuts.

The cabin comes with GT2 seats, or opt for the optional Competition Sport seats to dial it up a bit. Also inside, a custom-fitted indoor car cover rendered to the appearance of the No. 3 or No. 4 Corvette C8.R race car, per each Special Edition’s colour and graphic scheme, plus a Strike Yellow and Sky Cool Gray interior colour that resembles the exterior yellow and gray racing theme.

Only 1,000 units of the 2022 Corvette Stingray IMSA GTLM Championship Edition will be available in markets with left-hand drive. 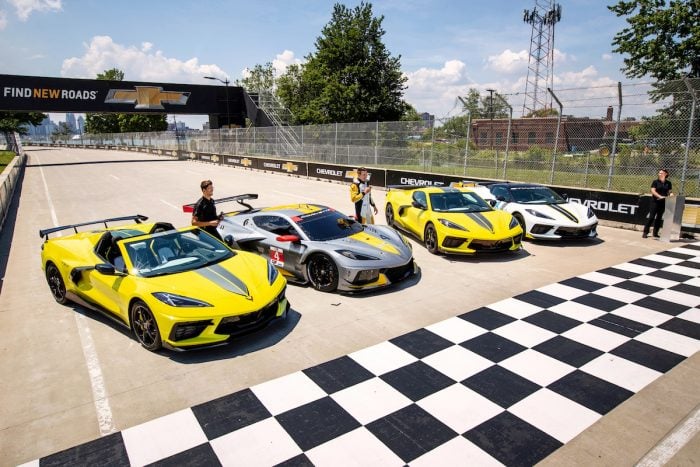 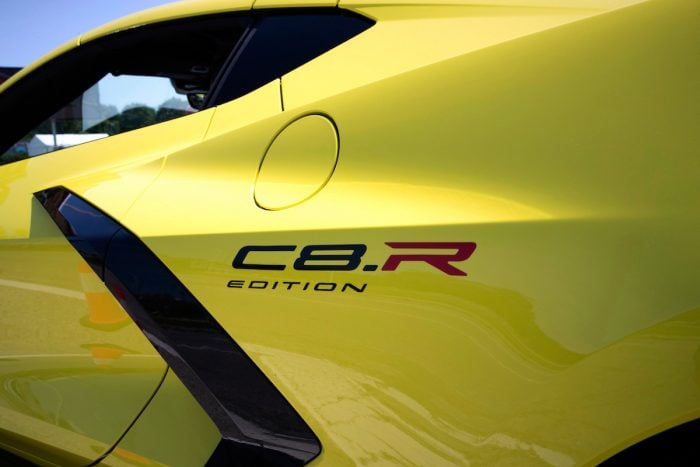 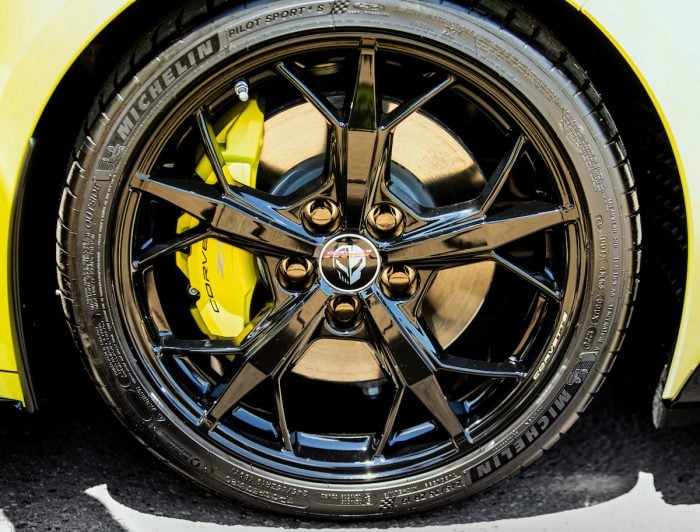