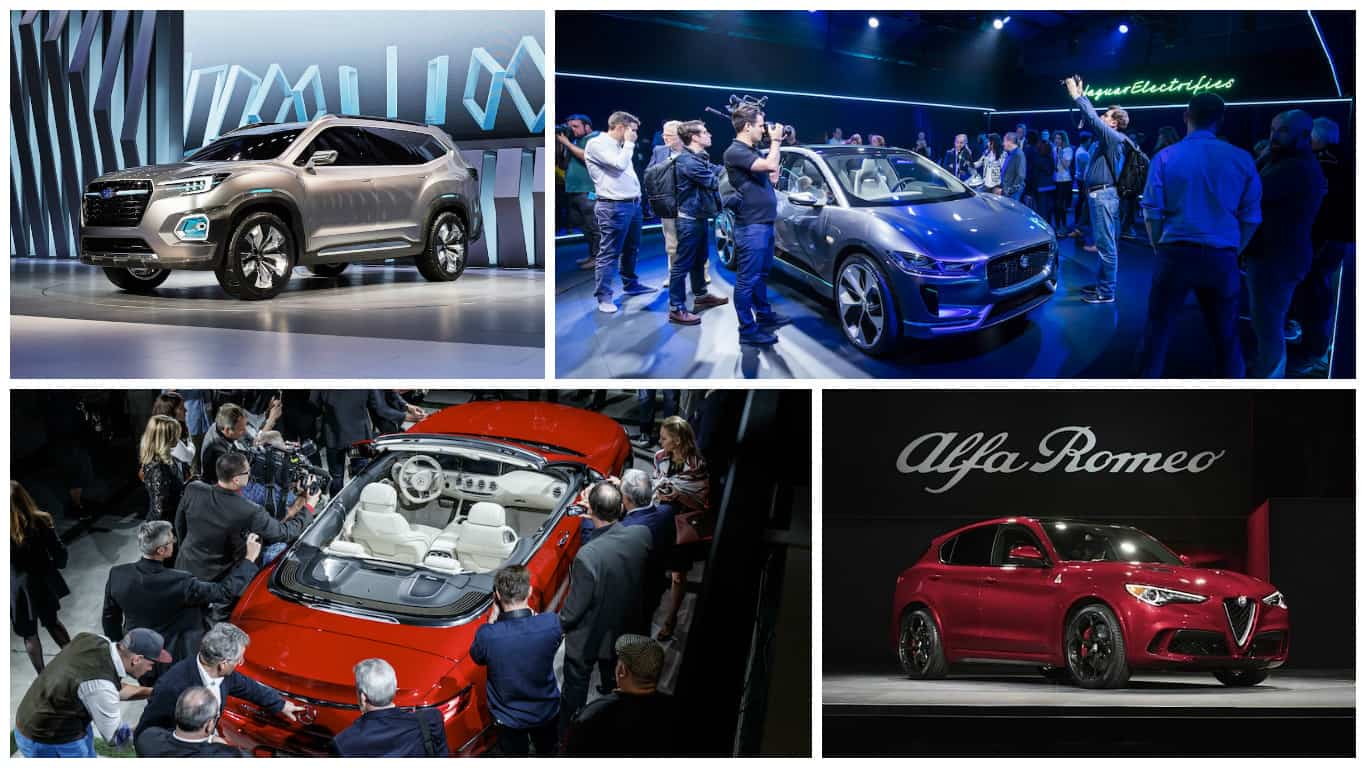 Our 4 most significant debuts from the 2016 LA Auto Show

The global auto show season is now underway heading into 2017, and the LA Auto Show every fall always kicks things off. This year was no exception with an impressive list of unveils and world debuts, from special editions to popular consumer models to concepts. But we’ve narrowed it down to 4 models of note that carry a high dose of significance for the respective automakers, and ultimately, for us the consumer. Including Alfa Romeo’s first sport utility to Subaru’s first full-size SUV, to a Mercedes-Maybach convertible collaboration and Jaguar’s first all-electric vehicle/sport utility.

More from the LA Auto Show

Finally, Subaru sheds light on their highly anticipated full-size SUV with the world debut of the Subaru VIZIV-7 SUV Concept at the 2016 LA Auto Show. With three-row capability, Subaru plans to make their first full-size sport utility available early 2018 — and will be the Japanese automaker’s largest vehicle to date. The Alfa Romeo brand has been around for over 100 years. But sport utilities? Not as long. However, that’s not stopping luxury automakers from jumping into the hot SUV arena. Today at the 2016 LA Show, the Italian automaker debuted the Alfa Romeo Stelvio — the company’s first SUV in history. Concepts don’t always make it to production, but Jaguar’s new five-seater I-PACE Concept plans to lead the 80-year old company into a new direction and era, with plans to hit the road by 2018. Unveiled at the 2016 LA Auto Show, the idea behind the I-PACE Concept is to be everything to all people, we think: a sports car, a performance car, a family car and an SUV all in one, as a long distance sprinter that accelerates to 60 mph in around 4 seconds. We love collaborations, especially when two powerhouses like Mercedes-Benz and Maybach come together. Solidifying their first joint droptop, the new Mercedes-Maybach S 650 Cabriolet makes its debut at the 2016 Los Angeles Auto Show this afternoon. Based on the open-top S‑Class, only 300 units of the S 650 Cabriolet will be made available, hitting dealerships early 2017. Pricing starts at around $320,000 US MSRP (or 300,000 Euros to be exact). Here are some other recent vehicle debuts of note:

We hit a frozen Winnipeg lake behind the wheel of the brand's most powerful sedans & wagons. Here's a closer look at Mercedes-AMG's winter drive program.
Read more
Auto Show Coverage

In case you missed it, here are 7 major debuts from the LA Auto Show. From the Mustang Mach-E to redesigned Nissan Sentra, these cars go on sale in 2020.
Read more
Mercedes-Benz

The new CLS53 AMG is more of an evolution than a revolution this time around, but it still sets the standard for the sedan coupé segment it started.
Read more
Auto Show Coverage

If you're waiting out for a new 2020 model vehicle, the New York Auto Show had plenty of major world debuts, all on sale this year. From new SUVs to sedans.
Read more

Throwback: The 1973 Alfa Romeo Montreal was more than a Concept