Our top debuts from the 2017 Detroit Auto Show: the everyday vehicles 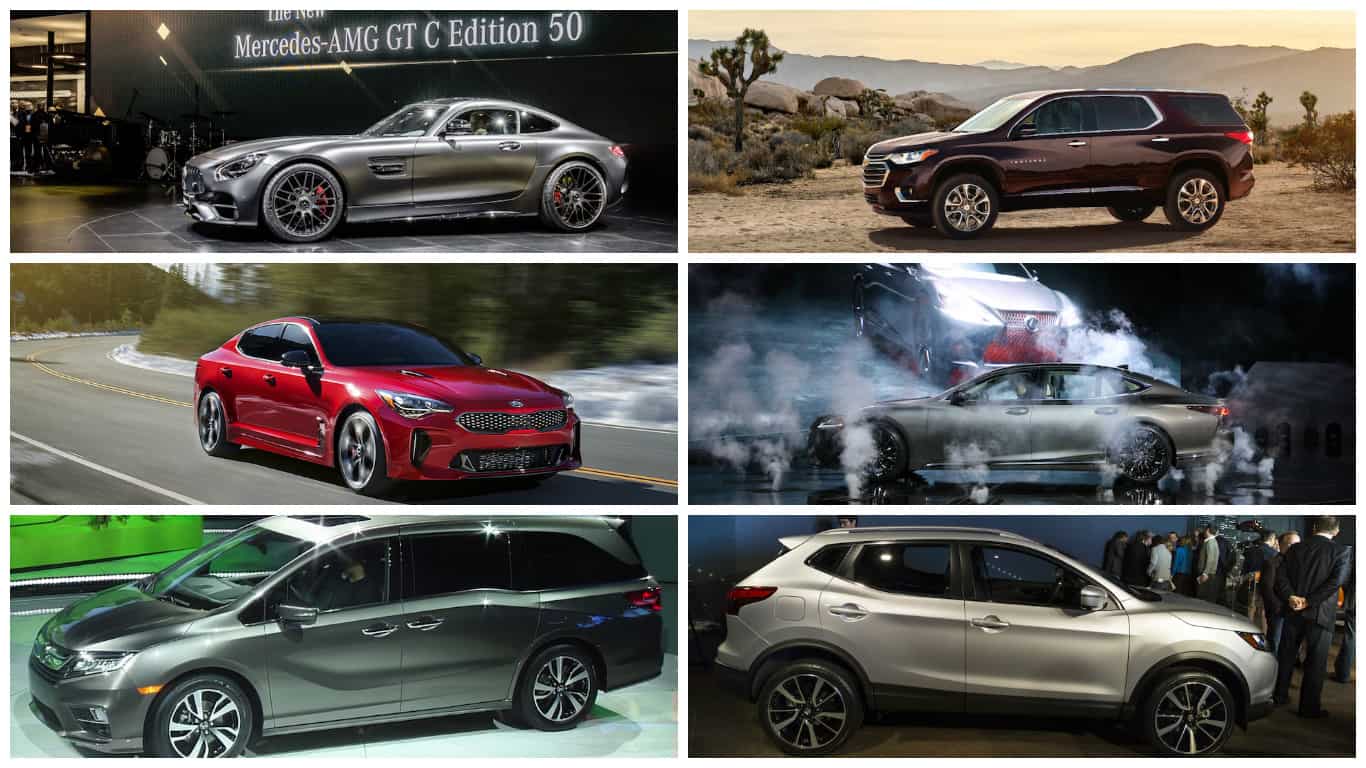 We love concepts cars too. But lets kick the year off with vehicles that we can actually drive off the dealer lot in the not-so-distant future.

Sure, automaker design philosophies and future cars are terrific. But know what else is terrific? Hauling your kids in a new-age minivan, shuffling the soccer team to practice in a practical SUV, and hitting the track in a car you can own this year.

So when a concept like the Kia GT4 unveiled at the 2014 Detroit Auto Show becomes a reality in the form of a fastback sports sedan, we’re happy campers. We’re not certain exactly when the all-new 2018 Kia Stinger comes available, but it’s coming.

Nissan sees the value in the compact crossover, bringing their second-generation Qashqai to North America this spring, renamed the 2018 Nissan Roque Sport in the US while keeping the Qashqai nameplate in Canada. Smaller than the Rogue, the Rogue Sport / Qashqai caters to the couples or singles who can live without the extra cargo space.

Perhaps the biggest step-up in terms of design goes to the 2018 Chevrolet Traverse, hitting dealerships Fall 2017. The new Traverse looks nothing like the outgoing model (in all the right ways); staying inline with the other new SUVs in the GM lineup.

Mercedes-Benz and AMG celebrate their 50 anniversary working together with the release of a new 2018 Mercedes-AMG GT C Coupe Edition 50, growing the AMG GT family to seven strong. The Edition 50 will initially be offered as a special edition with 50 models being released, thereafter, full-production mode for the rest of us.

As with the Chevy Traverse, the all-new 2018 Lexus LS is also a huge departure from the outgoing model in terms of design. The new LS is sleek, futuristic, replaces the old V8 with a new V6, and will be available soon.

Finally, the under-rated minivan: Honda unveils the all-new 2018 Odyssey available as soon as Spring 2017. More connectivity, improved styling, and above all, less crying children. Though we can’t promise that.

Amee Reehalhttp://ameereehal.com/
Shooting motors professionally since film was a thing, Amee's work has been published in various outlets including NBC Sports, Chicago Tribune, SuperStreet, GlobeDrive, MotorTrend, and others. He's a writer, editor at TractionLife.com, AJAC member, and full-time digital marketer at Traction Media working with national brands. Find him traveling, spending time with his kids and family. Or golfing, poorly.
FILED UNDER:
Auto NewsAuto Show Coverage

We check out 10 major global premieres from the floor of the 2017 LA Auto Show. Best part? They'll all be going on sale next year in 2018.
Read more
Auto Show Coverage

Some of these concepts from Frankfurt will see the time of day. Others? Not so much. Either way, we're fans of future vehicles.
Read more
Auto Show Coverage

Most powerful SUV ever to a compact 5-door, the 2017 New York International Auto Show had plenty of debuts as expected. Here's our Top 7.
Read more
Auto Show Coverage

We hit the show floor at the 2017 Vancouver International Auto Show in search of the best. From North American debuts to the badass customs.
Read more
Auto Show Coverage

We head back from the 97th annual 2017 Vancouver International Auto Show with our take on the worthy highlights, features, and full gallery.
Read more
Alfa Romeo

The global auto show season is now underway heading into 2017, and the LA Auto Show every fall always kicks things off. This year...
Read more