Two solid rear-wheel drive sports car offerings built on the same platform (and won't break the bank) - but what makes the new BRZ and GR 86 different, if at all? Here's a closer look. 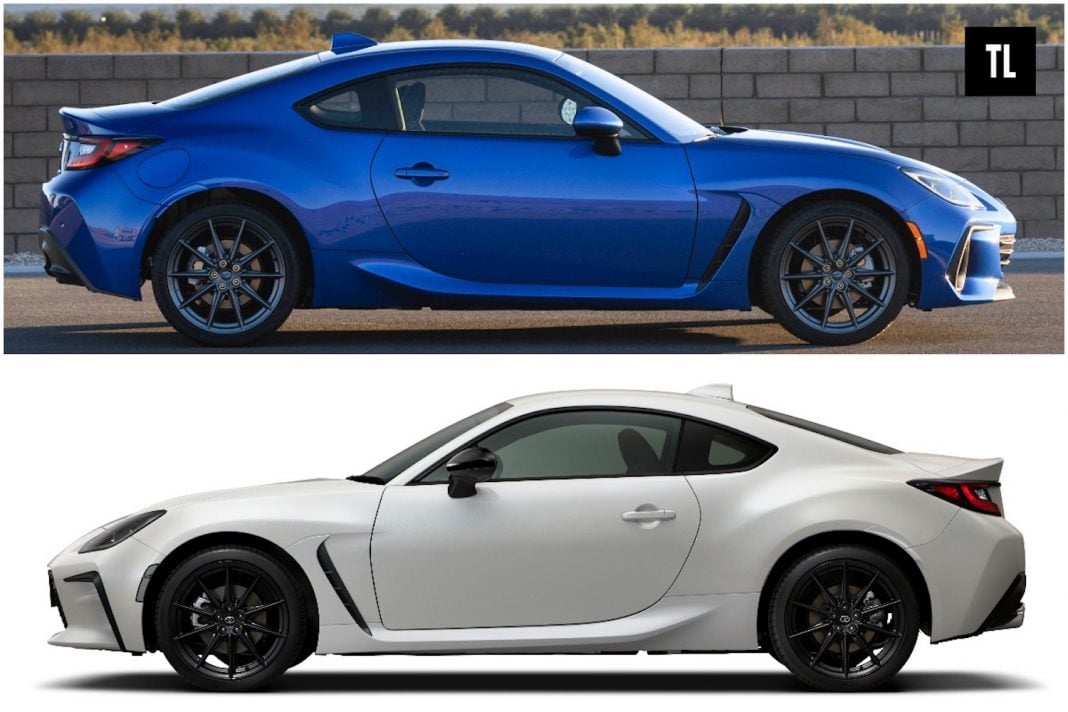 If you have ever looked for a budget-friendly, rear-wheel-drive sports car, we are sure you would have considered the Subaru BRZ and the Toyota 86 (renamed the GR 86 for 2022). Historically, both vehicles are similar, and the new generation is no different.

Toyota introduced the GR 86 five months after its mechanical sibling, the BRZ, on April 5th. Although both sports cars are mechanically identical, there are some subtle dissimilarities. Below, we take a closer look.

You can clearly say that both the GR 86 and the BRZ again pair with each other due to their similar exterior design. However, there are minor differences, the most obvious of which is the front grille design that makes Toyota’s model a little more aggressive. The grille is more in line with the GR Yaris hot hatch. Moreover, we can see the LED headlights are also a little different from the BRZ.

Interior: not much different

Comparing the cabins of both coupes, we hardly see any difference except a touch of different seat upholstery and name badging on the steering wheel (the 86 has GR badging, the BRZ doesn’t have any).

Both cars feature a seven-inch digital driver’s display and an 8.0-inch infotainment touchscreen. Both coups boast identical interiors, from the styling of the air vents and seats to the hardpoints, switchgear, and pedal.

The Japanese automakers have decided to ditch the old 2.0-liter unit for the new 2.4-liter naturally aspirated four-cylinder boxer engine. The bigger engine delivers more power – 232 horsepower (173 kilowatts) at 7,000 rpm and 184 pound-feet (250 Newton-meters) of torque at 3,700 rpm. These figures are for JDM-spec GR 86.

Although both sports cars have the same engine, there is a slight difference in horsepower. The 2022 BRZ generates 228 horsepower (4 hp less than the GR 86), which may be because its twin brother is 15 pounds lighter than the BRZ.

In both vehicles, the power goes to the rear wheels via either a six-speed manual or a six-speed automatic gearbox. A MacPherson-strut front and double-wishbone rear suspension layout is identical in both the coupes.

According to a test drive video from the LOVE CARS!TV! YouTube channel, both coupes have apparent variations in their handling (for something in English, check out this in-depth comparison over at Bembli’s channel).

The reviewers found the Toyota GR 86 is a little slipperier around the corners. However, it does not leave you defenseless. The Subaru’s offering is smoother than its counterpart, offering peace of mind at the limit, yet the 86 gives a torquier touch with its more natural pedal feel.

The second-generation Toyota GR 86 and the Subaru BRZ will first hit the roads in Japan this fall, while the U.S. and Canadian versions will come later. The pricing details of both sports coupes will be revealed closer to the launch. However, the estimated starting price for both is around $31,000.

In essence, both the 2022 Subaru BRZ and 2022 Toyota GR 86 are identical with just a few differences. So, you should pick the one you associate yourself with better.