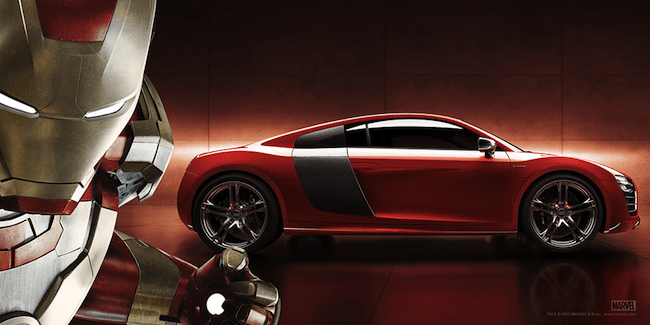 Audi and Marvel team up for the Iron Man fanatics

Audi and Iron Man fans have teamed up, whereby participants will have the chance to become a “Marvel Co-creater,” concocting their own final panel. For US residents, a chance to win tickets to Comic Con in San Diego; get a original art signed by Marvel artists, is all on the table.

Audi, along with Marvel Entertainment announced the launch of its digital Iron Man 3 “Steer The Story” comic book contest in support of the brand’s presence in Marvel’s Iron Man 3 and overall involvement with the film franchise. The contest, which officially launched last week, gives Marvel’s Iron Man 3 fans the opportunity to become a co-creator and to decide what happens to Tony Stark in the Audi and Iron Man comic book by voting via social media sharing.

Learn more about the Audi R8