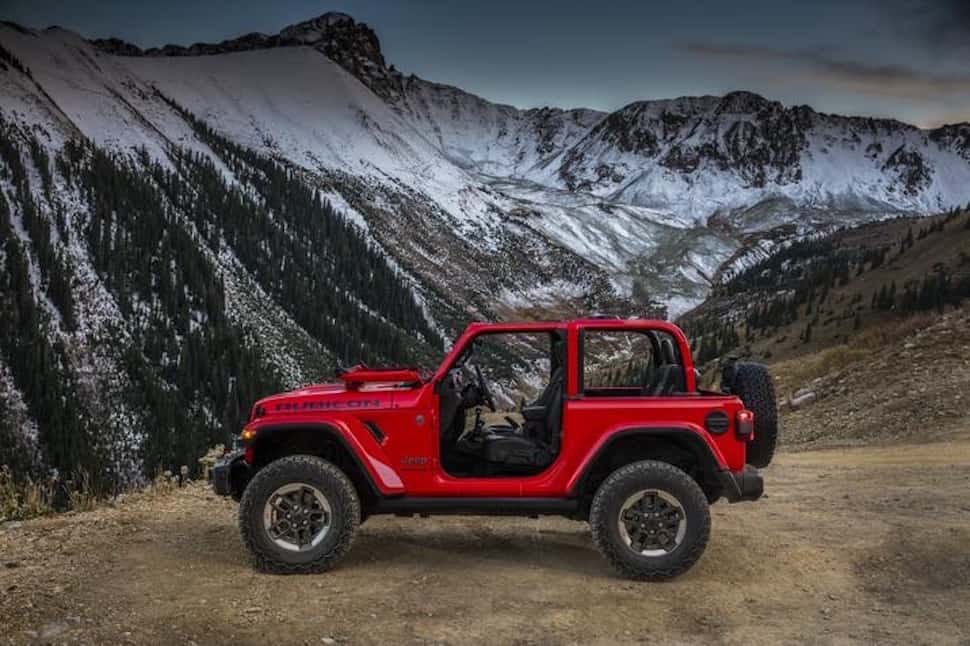 Retaining most of the iconic Jeep Wrangler design, the 2018 version gets more open-air options, new engines, and loads of technology.

The venerable Wrangler with its 75 years of heritage is still going strong, sticking to its roots for an all-new version for 2018.

We don’t have much info from Jeep but expect more photos, pricing info, and hopefully a release date when the American automaker officially takes the wraps of the SUV end of November at the LA Auto Show.

But from what we can see here, the design stays true to the original with more open-air options in this new version for those who don’t care about doors or roofs. The new Wrangler retains those unmistakable round headlamps paired to squared rear taillights, coupled with the Jeep keystone-shaped grille up front.

The all-new 2018 Jeep Wrangler when it goes on sale will offer advanced fuel-efficient powertrains under the hood and significantly more advanced technology including safety features compared to the outgoing Wrangler.

Other features will include improved aerodynamics for an otherwise boxy design, a bunch of colour options to mix and match exterior components, and for the off-roaders, the new 2018 Wrangler will include a convenient fold-down windshield.

Again, we’ll have more info at the end of this month when the 2018 Wrangler makes its official, long-anticipated debut in Los Angeles at the auto show. Inside the 2022 Grand Wagoneer: Closer look at the lavish Jeep SUV interior