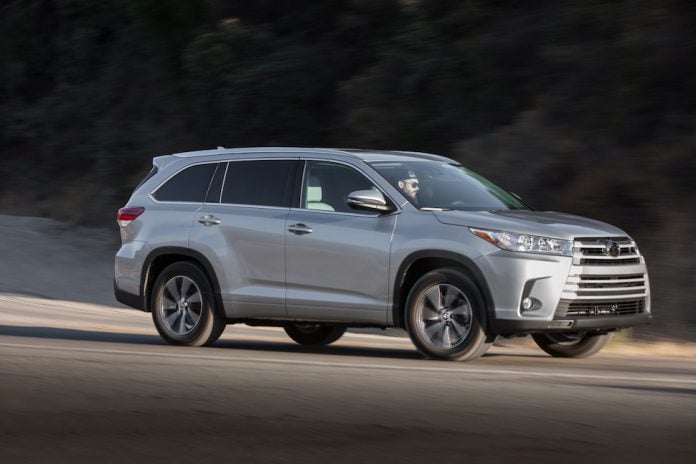 Toyota is in the middle of a major rejuvenation of its vehicle lineup. It started with a new Toyota Camry for 2018, followed by redesigned versions of the RAV4 compact crossover and Corolla hatchback in 2019, and the 2020 Corolla sedan.

A new Toyota Highlander is coming

Next in line is the fourth generation of its Highlander mid-size crossover, which Toyota is getting ready to launch as a 2020 model. Until it comes along, the third-generation model is still on offer, and it gets a new SE trim for 2019 to lend this big utility a little more attitude.

In 2016, the third-generation Highlander first released in 2013 got a facelift – read our 2016 Highlander review here.

On the outside, SE trim (which builds on the mid-range XLE model) adds a black grille, headlight surrounds, badges and roof rails, and black 19-inch wheels.

If a body-on-frame SUV is more your thing, the Toyota 4Runner might be a better option, especially for the adventure-seekers.

Here’s our review of the 2018 TRD model.Or the stealthier 2019 Nightshade edition.

Toyota last updated the Highlander in 2017 with a new engine and transmission. The 3.5L V6 is the most impressive part of this crossover. Toyota’s upscale brand, Lexus, uses the same engine in its RX crossover, and the Highlander benefits from its smooth, strong power delivery. The Highlander feels quicker than we expected for a vehicle that casts such an imposing shadow.

The eight-speed transmission is a good match for the engine, its closely spaced ratios contributing to the Highlander’s strong acceleration. A long top gear keeps engine noise down in highway driving, but it’s quick to downshift for acceleration.

Our only complaint was that during acceleration, the shift from first gear to second — the one you’re most likely to notice — often felt abrupt.

Toyota fits the Highlander with a firm suspension that feels out of place in a sedate crossover. Winter is never kind to Ottawa’s roads, so we spent a week being tossed around inside what is otherwise a comfortable vehicle.

Highlander’s fuel consumption estimates are better than in most mid-size, three-row crossovers with AWD, at 12.0/8.9 L/100 km (city/highway) thanks to an engine start/stop system that turns the engine off at stoplights. Our test vehicle averaged 12.6 L/100 km in a week of city driving.

If you want a thriftier Highlander than that, the LE version comes with a front-wheel drivetrain that uses marginally less gas. The Highlander Hybrid is a more effective alternative, though, with its 8.1/8.5 L/100 km ratings. We drove a hybrid to an average 8.6 in 2017.

The Highlander’s driver and front passenger get broad, comfortable seats nicely suited to long drives. The dash is a nice simple design that incorporates lots of small-item storage, including a tray that starts under the centre stack and extends to the front passenger door.

Toyota clearly envisioned this as a place to stow smartphones: there’s a cutout in the tray through which to thread a charging cord to the USB port below it. Notably, the Highlander doesn’t offer wireless phone charging.

More annoying from an everyday perspective are the shallow knobs for the radio volume and tuning functions and the climate control temperature adjustments.

They’re challenging to get a grip on even with bare hands, never mind gloved ones; the smaller and more delicate your fingers are, the better. Also, the secondary controls toward the right side of the dash are a reach from the driver’s seat.

In the third row, head- and legroom are tight for adults, and a bottom cushion close to the floor further compromises comfort. It’s easy enough to get back there, though, thanks to wide rear doors and second-row seats that slide forward.

In Highlander trims with second-row bucket seats, there’s enough space to shuffle between them to the third row.

we think the most compelling reason not to buy a 2019 Highlander is the all-new 2020 model the company revealed in April at the New York auto show.

Standards and options: what does the XLE trim come with?

Our late-winter test helped us appreciate the Highlander XLE’s standard heated front seats. You can also option them into the LE model for about $2,250 less. For more than $52,000, Highlander Limited gets a heated steering wheel and heated rear seats, but these aren’t offered in the lower trim levels.

Many of the Highlander’s competitors get those cozy features, in various combinations, for less money.

Takeaway: is the 2019 Highlander SUV worth it?

Many of the Toyota Highlander’s competitors are more recent designs that offer better interior space — especially in the third row — and more high-tech options. The Highlander is best considered a relatively basic big four- or five-seater with the third row saved for occasional use.

Notwithstanding Toyota’s competition, we think the most compelling reason not to buy a 2019 Highlander is the all-new 2020 model the company revealed in April at the New York auto show. If the company’s other recent designs are an indication, the 2020 Toyota Highlander will be worth waiting for.

If you’re set on 2019 SUV or crossover, check out our Buyer’s Guide here. 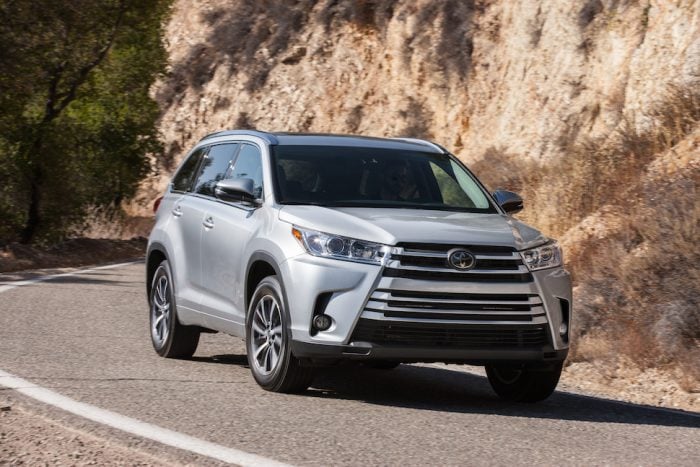 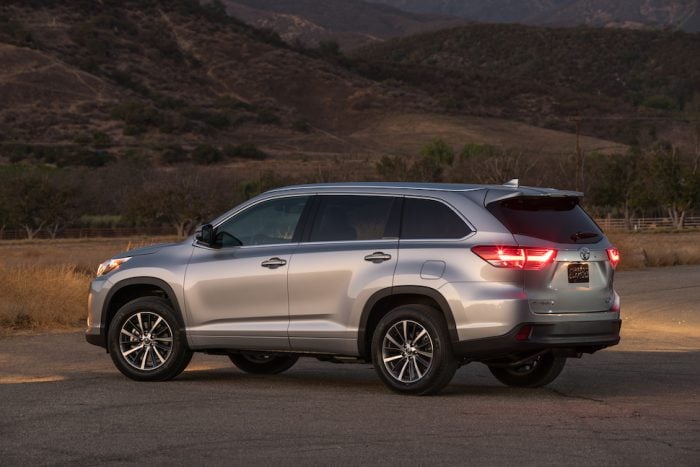 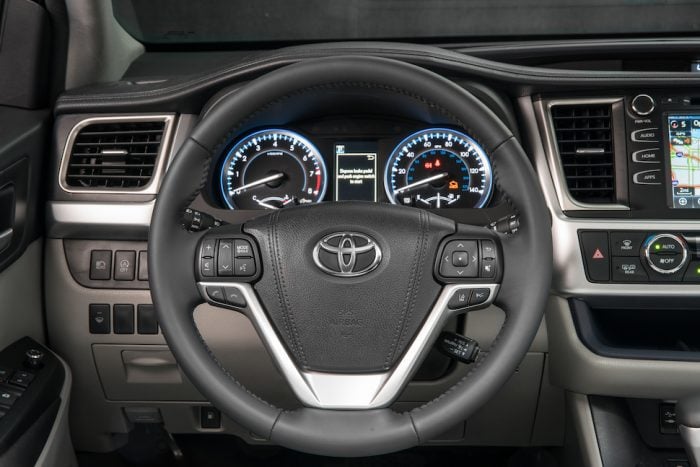 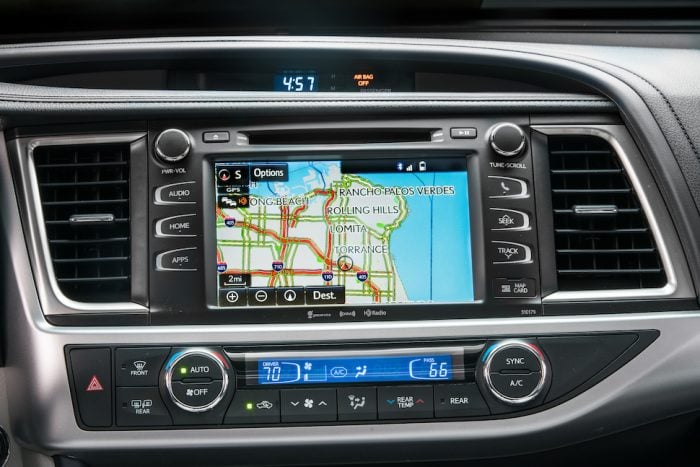 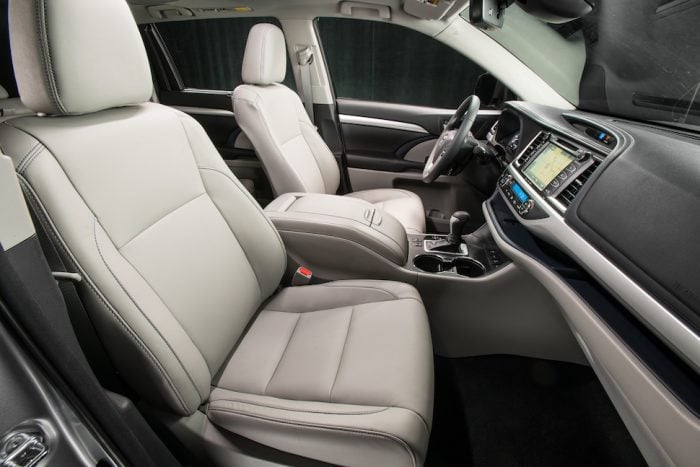 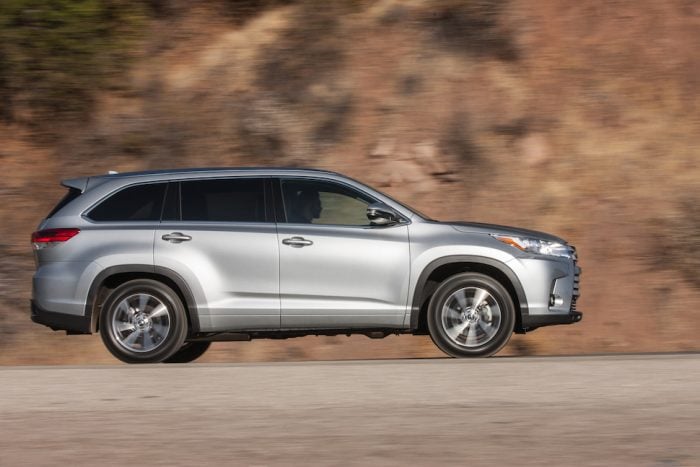 Chris Chasehttps://chrischasescars.com/
Chris has been writing professionally about cars since 2004, in print and online. He lives in Ottawa with his wife and two feline tyrants. In rare quiet moments, he can be found travelling or playing one of his way-too-many guitars. Chris is also a journalist member of the Automobile Journalists Association of Canada (AJAC).
FILED UNDER:
SUV and Crossover Reviews2019 SUV ReviewsFeaturedToyotaCar ReviewsToyota Reviews

For the first time in a truck, a hybrid powerplant called PowerBoost joins the 2021 F-150 lineup with the most power & impressive specs yet.
Read more

Studded or non-studded: the choice is yours. We put the new Continental IceContact XTRM winter tire to the test. Here's our full review.
Read more
Subaru Outback