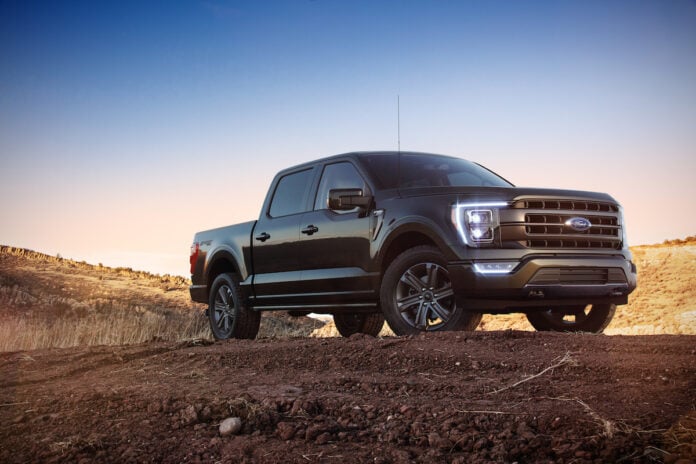 The reveal of the all-new 2021 Ford F-150 is a huge deal as it represents the brand’s most important vehicle. It’s also currently the most sold vehicle in North America, constantly beating its rivals from GM and Ram from a sales standpoint.

But even the almighty F-Series couldn’t avoid the COVID-19 pandemic. While its official reveal was scheduled in Dearborn last April, the event had to be postponed and replaced for an online presentation a few days ahead of its official launch. TractionLife was invited to the event in order grab this new truck’s most vital information.

In a nutshell, expect a truck that looks not much different than its predecessor, but offers precisely what truck buyers need from a technology viewpoint, or so Ford believes. Here’s what to expect from the 2021 Ford F-150.

According to the F-150’s lead designer Ehab Kaoud, his team spent months on the field with F-150 owners figuring out what the next-generation truck should look like. Apparently, these customers didn’t want their dear Ford to change, as the differences in design are so subtle, you’d wonder if this is a new truck at all.

Take a closer look, however, and you quickly notice chances that are much more substantial than one would believe.

The familiar “C-clamp” headlight design remains, but now offers full (optional) LED illumination, while the entire front fascia was slightly reimagined to retain the truck’s iconic bold look, while incorporating a more modern and aerodynamic design language. As a matter of fact, up to 11 different grille options are available across the lineup, while active grille shutters and a new automatically deploying active air dam help reduce drag and improve overall fuel economy.

The body is still made from “military-grade aluminum”, while Ford claims every panel on the truck is all-new. This next-generation F-150 gets a new power doom hood, wrap-around bumpers, higher fenders, a tucked-in midsection and larger-diameter tires pulled out three quarters of inch versus its predecessor, giving the truck more imposing stance on the road, all while further improving fuel economy.

We were expecting Ford to hop onto the multi-function tailgate setup after GMC released its MultiPro technology last year. However, while Ford has integrated a wide variety of useful tools and equipment to the tailgate to facilitate field work, the truck retains the conventional and rather rudimentary “man step” configuration of its predecessor.

The 2021 F-150’s continues with its subtle, yet evolutionary redesign inside. Familiar visual touches remain, like the large air vents, while new storage solutions and unique design cues – like the map of Detroit embroidered within the truck’s doors, or the American flag located aft of the A-pillar air vents – help distinguish the cabin from its predecessor.

All variants will come with a fully digital gauge cluster, with base models offering an 8-inch Ford Sync 4 multimedia interface with over-the-air updates. An all-new 12-inch screen – similar to what Ram offers – will be available for higher trim levels. However, Ford preferred opting for a landscape-like screen setup to leave space for physical redundant buttons.

The most noteworthy feature in the 2021 Ford F-150’s interior is the available Interior Work Surface which ingeniously stows the gear lever inside the center console when in park, allowing a large work surface to take its place. The surface is ideal for placing a laptopor grabbing your lunch on the road. Again, this is all a result of Ford’s careful analysis of what truck buyers look for in their rig.

While Ford didn’t yet release full specifications for the 2021 F-150’s available engines, all previous powerplants will remain available:

For the first time ever in a truck, a hybrid powerplant called PowerBoost will join the F-150 lineup, combining the 3.5-liter EcoBoost’s twin-turbo V6 to a 47-horsepower electric motor integrated into the transmission. In this configuration, Ford promises up to 700 miles (1,126 km) of total range, and a class-leading towing rating of 12,000 pounds. Ford’s PowerBoost system will be available on every F-150 trim level, from a base XL all the way to a fully loaded Limited, as well as offered on four-wheel-drive trucks.

All engines will be paired to Ford’s ten-speed automatic transmission.

The 2021 F-150 will incorporate, for the first time ever in a full-size truck, a built-in mobile generator. Ford calls the system Pro Power Onboard which offers three levels of electrical outputs depending on the engine you choose:

Ford claims that the 7.2 kW generator can deliver up to 7,200 watts of simultaneous electricity, or the equivalent of running a 120V plasma cutter, TiG welder, a chop saw and a 1.5hp air compressor all at once.

No official pricing has yet been released for the 2021 Ford F-150, which should hit North American showrooms later this Fall. Full engine specifications and towing ratings will be released shortly before the truck’s official release.  As we write this, Ford hasn’t yet said anything about the highly anticipated plug-in hybrid and full electric variants.

The 3.0L EcoDiesel V6 will give Jeep the most powerful diesel in the mid-size class & highest torque rating of any small pickup upon official release date.
Read more
Mazda

COVID-19 pandemic may be halting progress but research & development on the Mustang Mach-E must go on. Here's how 3 Ford engineers are doing it - from home.
Read more
Cadillac

Land Rover and Autohome team up on the new Defender 110's first, official roof tent for the serious overlanders. A premium Defender tent at close to $3,500.
Read more
Toyota

The 2021 GR Supra adds more power, a revised chassis, a new 4-cylinder 2.0 model, and a limited GR Supra A91 edition. The price goes up but not by much.
Read more