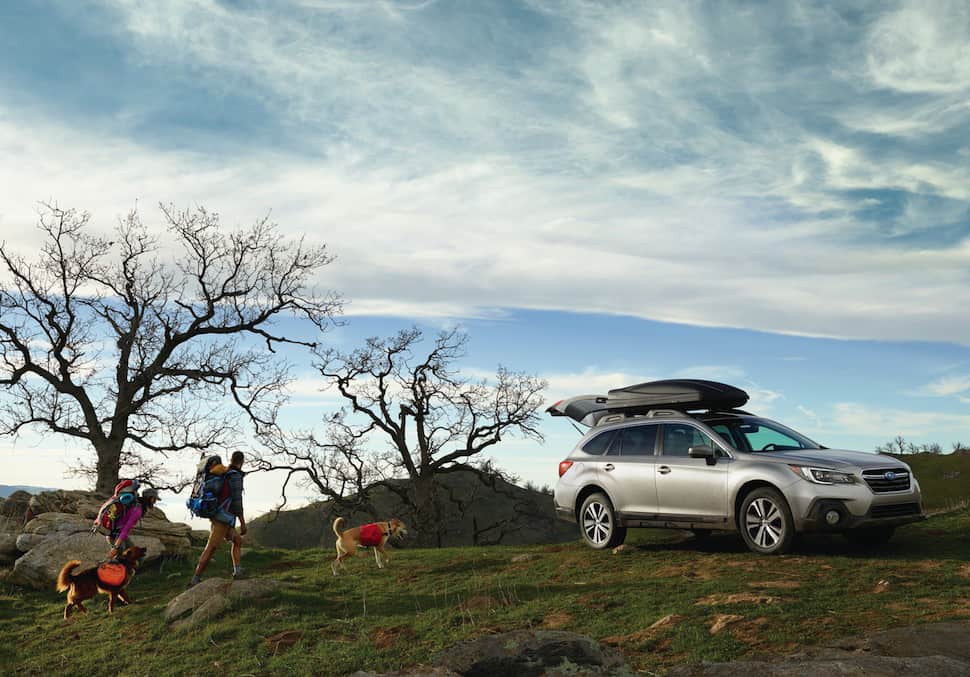 2018 Subaru Outback Updates at a Glance:

– Ride made even smoother and quieter.

Subaru of America’s venerable Outback, the automaker’s best-selling nameplate, is undergoing a slight freshening for the 2018 model year. The latest Outback will debut at the 2017 New York auto show, alongside a three-row crossover concept and the redesigned Crosstrek subcompact crossover. The update comes as the Outback continues to carry the flag for the brand’s U.S. sales.

Subaru gave the Outback “a bolder, more rugged looking face for 2018” with wider, lower grille openings and a new bumper. The front cladding, a staple for the Outback’s looks, has been redesigned for better protection from mud and stones, Subaru said. Like the Legacy, the Outback is receiving redesigned headlights for 2018 which feature LED daytime running lights. New steering-responsive headlights are available, which aim the lights into turns as the driver steers.

Inside, Subaru redesigned the center console, upgraded the Starlink multimedia system and display to 6.5 inches, up from 6.2 inches, as well as added Apple CarPlay and Android Auto. A new 8-inch display is also available.

Customers will still get a choice among four trims: standard, Premium, Limited and Touring, which was added in 2017.

Two engines are available: the Outback 2.5i, which is powered by a 175-hp, 2.5-liter boxer engine, or the Outback 3.6R, a 3.6-liter, six-cylinder that pumps out 256 hp. Both engines are combined with a continuously variable transmission that now features a seven-speed manual mode and paddle shift control switches. A retuned electronic control unit, Subaru said, will offer smoother responses.

In February, Subaru unveiled the freshened 2018 Legacy, which is closely related to the Outback. Many of the improvements to the crossover closely mirror the work done to the sedan. The Outback is built at Subaru’s Lafayette, Ind., plant, along with the Impreza, Legacy and the upcoming three-row crossover.

The 2018 Outback is set to arrive this summer. Pricing was not announced. [via]

The O.G. of SUV wagons enters its 6th-generation with a complete redesign. Here's a (much) closer look at the new, tech-savvy Outback
Read more
Honda

Subaru Canada released its 2020 Crosstrek pricing. The rugged small crossover is $100 more this year but gets some nice new standards. MSRP of C$23,795.
Read more