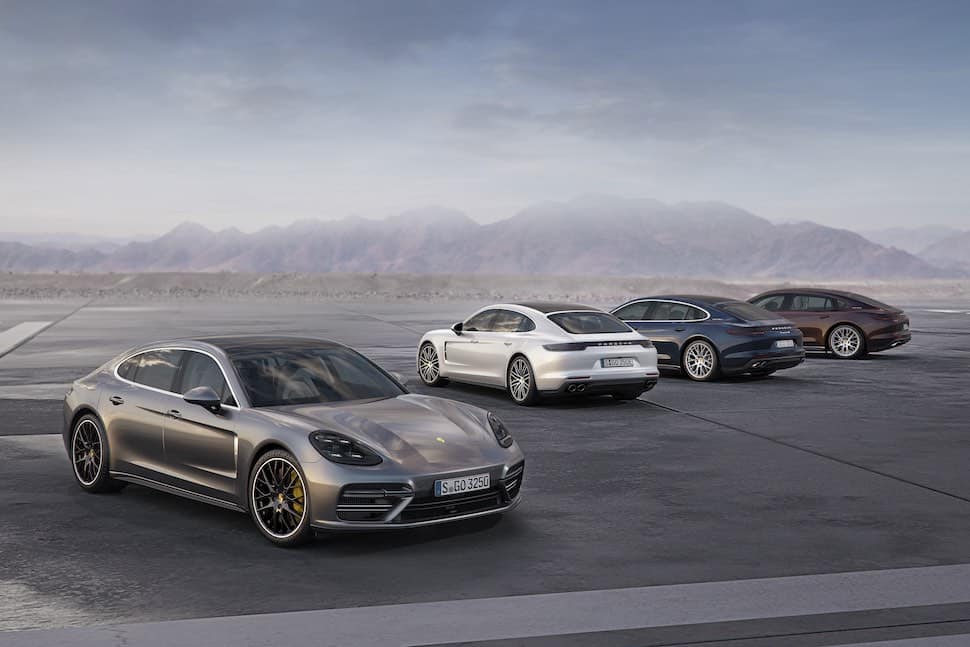 The German automaker’s four-door luxury sedan lineup is growing, on both ends, with the entry level 330-hp 2017 Panamera 4 which starts at $102,500 CDN and the highest trim Panamera Executive starting at $110,200 CDN equipped with even more exclusivity.

The major upgrade here is Porsche’s new V6 turbo engine addition which bumps horsepower up by 20 while adding overall efficiency, agility improvements, and fuel consumption reduction of this completely redeveloped six-cylinder engine by up to 1.0 l/100 km, per the New European Driving Cycle (NEDC). The new 330-hp engine is combined with all-wheel drive in the Panamera 4, plus a long wheelbase in the Panamera 4 Executive.

Now with a 150mm longer wheelbase, the Panamera Executive optional upgrades include a newly developed, large rear centre console, which can also be equipped with two integrated folding tables and an inductive antenna connection for an additional smartphone. The Executive also now gets Porsches upgraded version of the Porsche Rear Seat Entertainment as optional, with includes a pair of 10.1-inch screens nestled in the backrests for those executives that actually need to get their work done on the road. And to hit the C-Suite in record time, the robust 550-hp Panamera Turbo Executive — with it’s standard four-zone climate control, LED main headlights including Porsche Dynamic Light System (PDLS) and ambient lighting — will do just fine.

Both models find the rear-axle steering and soft-close doors as standard.

From a family chariot to the executive carrier, the Panamera stable now sits at eight models strong with enough variety now those in the market for a luxury 4-door rocket.