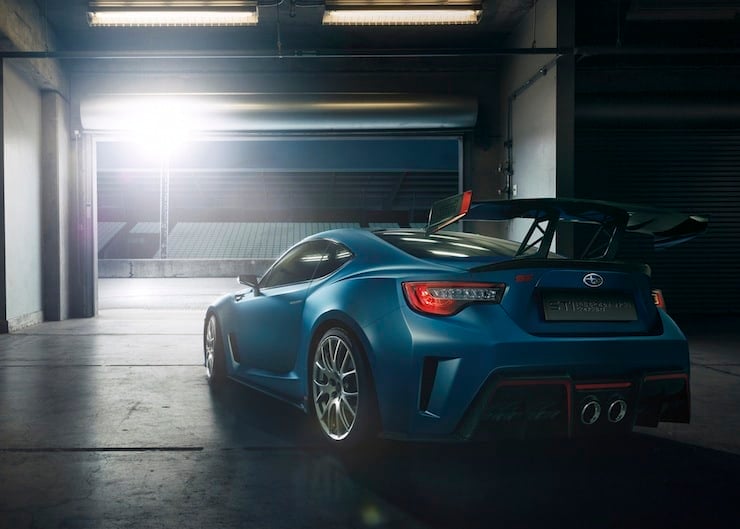 We’re all aware of the engineering prowess of the high-performance STI moniker, but Subaru’s STI Performance Concept debuting at the 2015 New York Auto Show plans to take this to another level and help signify a US expansion plan for the STI division.

The STI Performance Concept is powered by the same racing engine used in the Subaru BRZ Super GT race car, and will feature enhancements for chassis, body, and air intake/exhaust systems.

In the future, further models tuned by STI will be available in the US and Canada. These cars could feature more extensive modifications from the factory than previously offered, such as suspension, performance, braking, chassis and aerodynamic upgrades.

Complete cars (extensive tuning by STI) and performance parts available now in Japan focus on the WRX STI, Forester and BRZ models. The Japanese domestic market uses the nomenclature “S model” as its naming for the WRX STI and uses “tS” on BRZ and Forester vehicles that have STI components, but a naming convention for any future US models has not yet been established. Not too many changes for 2020 considering the Forester was all-new for 2019, but Subaru adds a few top-notch standard features when it arrives this month.
Read more
Subaru Forester

Subaru's popular compact SUV is still going strong since it arrived back in 1997. The Forester was all-new for 2019 (check out...
Read more
Subaru WRX & WRX STI

Editor's Note: Pricing in US dollars (MSRP); Canadian pricing to be updated once released. The 2020 WRX hits dealership...
Read more