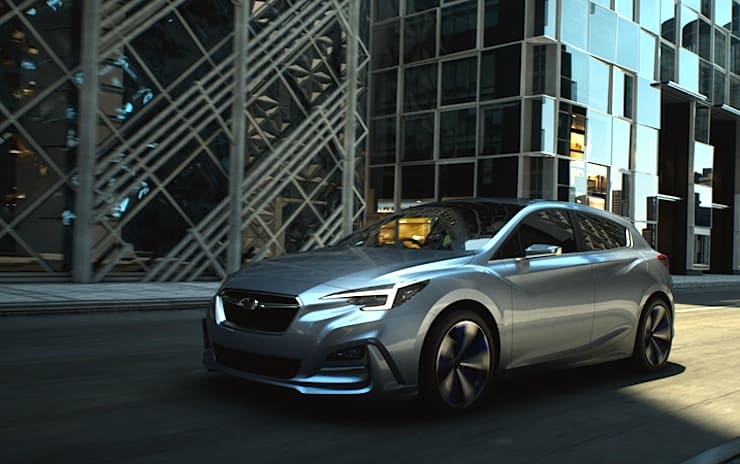 We were sad to see the sporty 5-door Impreza cut loose by Subaru a few years back. Particularly, the Impreza STI version with those beefy lines. Like this 2008 STI hatch we featured back in the day.

But today, a glimmer of hope: Subaru Canada debuted the Impreza 5-door Concept at the Montreal Auto Show – a first look for North Americans.

The Impreza 5-door Concept is the first of Subaru’s next-generation strategic vehicles, an idea that was revealed in Fuji Heavy Industries Ltd. Mid-Term Management Vision Prominence 2020 announcement in May 2014, which introduces the new Subaru Global Platform.

All four sides of the concept are seamlessly joined for a three-dimensional and solid body; with a wide and low stance, the 5-door concept retains that sporty rocket feel including the hexagonal grille to the hawk-eye headlights, all indicative of Subaru’s identity.

We realize this Impreza 5-door Concept is Subaru’s strategic vehicle. But we’d be pretty content if this concept actually comes to fruition. Let’s see.