The latest Forester gets Trailer Stability Assist and more power but can Subaru’s compact SUV tow like a pro? 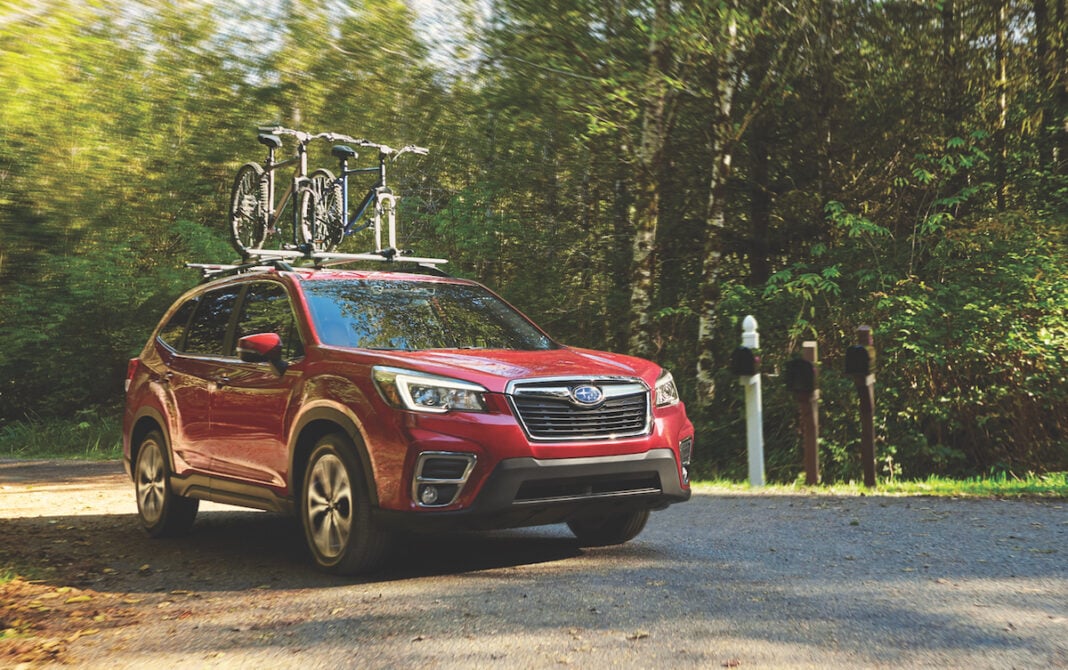 The Forester may be Subaru’s most popular model, but the compact SUV isn’t particularly known for its towing capabilities. Nor is its larger Outback sibling, for that matter, which just recently received an increase in pulling power. You’ll need to step up the the mid-size Ascent to haul the really heavy stuff.

But what about the latest generation Forester? We’re not talking big RVs here, but can it tow smaller campers, boats, and lighter weekend toys with relative ease? Does the Forester’s Trailer Stability Assist really make a difference? Let’s take a closer look.

So, how much can Subaru’s compact SUV tow?

Same as the previous generation model since 2014, the new 5th-generation Forester has a 1,500 lbs. towing capacity.

All trims — from the base to range-topping Touring — find the same 2.5L engine paired to Subaru’s Lineartronic CVT. Best part? They get symmetrical all-wheel drive as standard — definitely a plus for towing performance.

Here’s a quick look at the Forester’s towing capacity over the years and model generation:

Today, 1,500 lbs. isn’t enough for weightier items like a proper RV and such, but if you’re looking to haul more reasonable things including a pair of canoes, a single-axle trailer, motorcycle, or jet-ski, you’ll be alright.

Reality is, Forester owners typically aren’t large families — they’re empty-nesters (a couple) or perhaps a growing family with say one child or kid. Thus, in a smaller compact offering like this won’t, nor is expected, to haul anything huge. But enough to enjoy a good long weekend away.

Now, keeping the long-running SUV’s towing abilities in check, the most significant feature is the Trailer Stability Assist — now a standard as of the 2019 Forester redesign.

Essentially, the system utilizes yaw sensors to monitor trailer sway and then can brake individual wheels to stabilize the vehicle and trailer. But like any technology, this is only in place to assist, as the name implies — the responsibility of a driver towing a trailer is making sure the trailer is loaded correctly.

The 2021 Forester adds some nice items that provide towing customers some assurances on the road. LED Steering Responsive Headlights and High Beam Assist now standard on all trim levels.

Also new for this 5th-generation Forester is the Tire Pressure Monitoring System (TPMS) which provides the driver with individual tire pressure — a simple tech feature but one that adds towing confidence nonetheless.

All Forester owners now also get Subaru’s award-winning EyeSight Driver Assist Technology as standard, also a huge bonus seeing as this was initially a fairly expensive safety feature when first introduced back in 2013.

There you have it, a look at the latest Subaru Forester towing capacity figures, along with the added safety features including Trailer Stability Assist now standard.

There’s a reason the the Japanese automaker’s small SUV is so popular. And while it’s not a towing monster, it can pull enough to get the weekend started.

Shopping for a new or used Forester? Check out our reviews here.