What pandemic? Here's how 3 Ford engineers continue their WFH development on one of the brand's biggest upcoming product launches 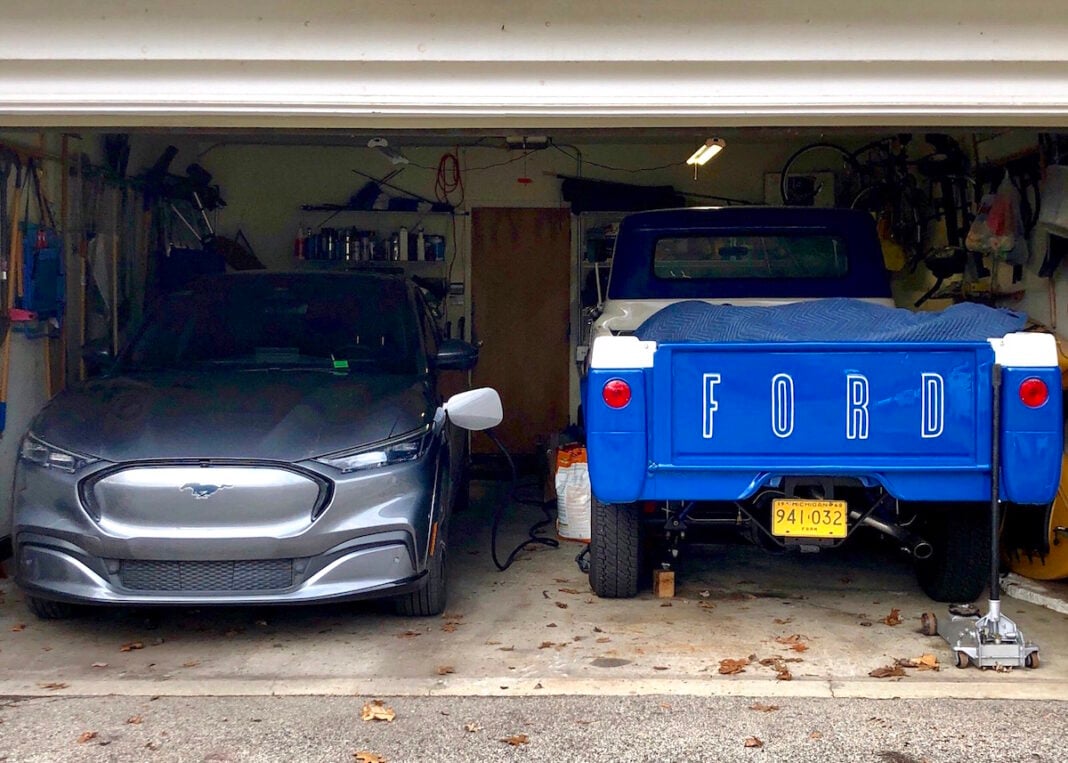 As vehicle introductions go, it’s hard to imagine one more important to Ford Motor Co. than this fall’s delivery of the Mustang Mach-E battery electric crossover.

It’s first from-the-ground up all-electric creation, and it’s a daring move. The decision to expand the scope of the iconic American muscle car into a totally new eco-direction has drawn some skepticism from purists, but also great enthusiasm from fans of the brand.

So, it’s safe to say the arrival of the COVID-19 pandemic came at a very inconvenient time for Ford. To keep product development on track, that vehicle has to be delivered on time. Like other automakers, Ford has had to scramble and has come up with novel ways for designers and engineers to work from their homes.

Here is summary of a conversation we had with three people fine-tuning the Mach-E before production ramps up.

Much of the weight of the Mach-E’s driving experience rests on the shoulders of Iorio. He oversees a team that ensures all attributes of the car are as good as they can possibly be: sound, feel, handling, performance.

Iorio says the company has chosen three pillars for continuing work during the COVID-19 crisis: safety of workers, discipline working in remote locations, and communication among team members. Development of the base Mach-E was finished and signed off in early February, so the team is now doing last-minute fine-tuning at the home driveways before production begins.

Some of the team is validating how the base models are built, while others are starting work on prototypes of the upgraded GT model which will hit the market early in 2021.

Instead of meeting in person, teams are staying in touch through constant phone calls and video-conferencing through such tools as Zoom. He said the team has worked hard to keep the “cadence” of development, even though they are scattered far and wide.

“This is the point where we’ve do our fine turning,” he said. “We just can’t take a pause.”

Kapur’s job is to ensure that the hardware and software work together seamlessly so that the car’s driveability meets customer expectations. Some work can be static – i.e., in the engineer’s home driveway – while other work requires engineers to take the cars around city streets in Dearborn, Mich., where most of them work.

It’s common, Kapur said, for curious neighbours to walk over to look at the cars.

“They say, ‘Wow! Is that the new electric Mustang?’”

Engineers are scattered across subdivisions, so communications between team members is critical. Data on various prototypes are shared back and forth, for example. “As we fine-tune the vehicle, we’re constantly calling each other.”

Working from home, engineers get to see the cars more like customers do, Kapur said. For example, it underscores the need to have a substantial electrical charger (at least, Level 2).

Kapur said engineers are learning through experience how to optimize the methods they use when working in such a challenging environment. She can’t wait to get back to the lab: “I sure miss my team.”

SYNC on the Mach-E is the next generation of Ford’s infotainment system: navigation, audio, hands-free features, phone and voice commands. Dakroub’s team is hard at work testing it out and trying to identify and correct problems customers could experience.

Dakroub’s team in Dearborn collaborates with teams in Ottawa and Waterloo, as well.

Dakroub says most of the tools his team uses are in the cloud, enabling smooth communication. But sometimes those home internet connections get overburdened, especially when somebody is downloading large files. Ford has had to come to the rescue of several engineers, making sure their home bandwidth is big enough to take the load.

His team can also be seen hanging out in driveways: turning up the audio or testing out the three sound modes the car with pipe through the sound system: Whisper, Engage and Unbridled. Most times, they’re not playing rock ’n roll, but the new Mustangs are always guaranteed to draw curious onlookers.

“The vehicle is eye candy,” he said. “It definitely makes your head turn.”

Working from home has been a very different experience at both the physical and emotional levels. Dakroub has established virtual hangouts where his team can gather over lunch hour, just to socialize or engage in small talk. Some times, they’ll bust out some musical instruments.

All three members of the team talked about the importance of trying to maintain work/life balance when working from home. “Our days are pretty hectic,” said Iorio. “It’s important to take a break.”

But the team is also determined to get this launch right: “This one is in our blood.”