What is Ford's Sync connectivity system and is it worth the hype? Here's a closer look at latest Sync 4 and its biggest improvements over Sync 3. 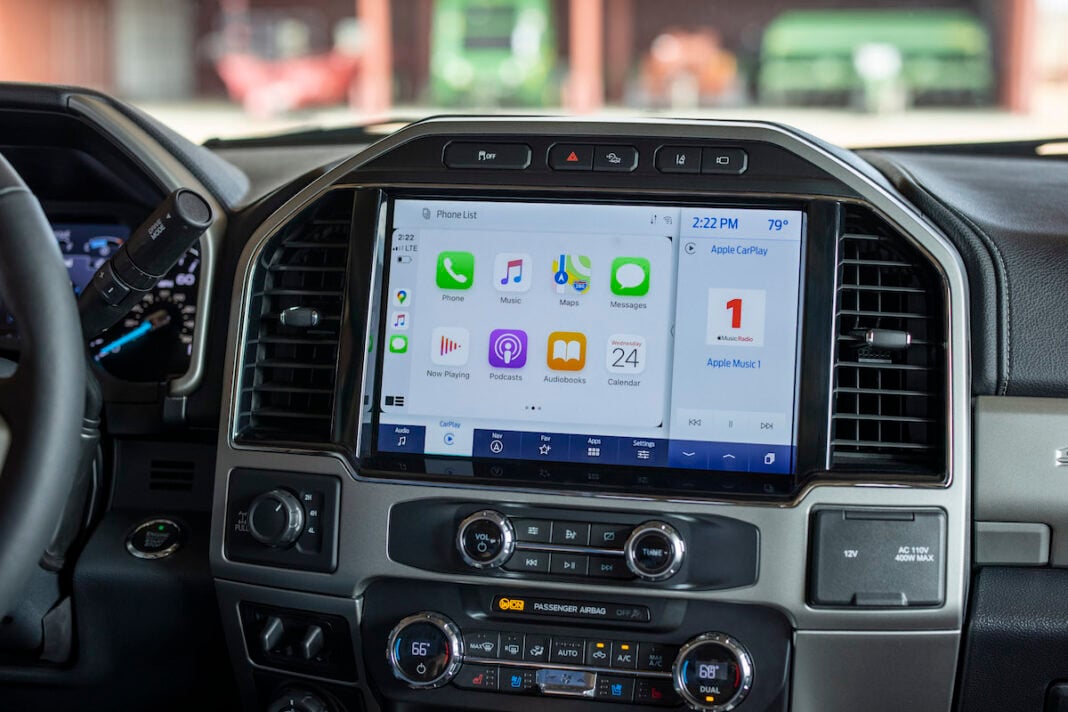 Connectivity and entertainment are an essential part of any drive, and if you own a prancing horse, Ford Sync has customers’ back with the latest version. First debuting late October 2019, the new Ford Sync 4 is a next-generation infotainment technology developed by the American automaker to keep drivers connected on the road.

Some notable changes in the upgraded version 4 – replacing Sync 3 – include a larger display, twice as much processing power, and over-the-air update capability. Due to its faster speed, you can access more applications within a matter of seconds. So, what is ford sync and what features the latest version has to offer? Let’s find out.

So, what exactly is Ford Sync and what does it do?

Ford Sync is an infotainment system developed by Ford to ease the driving experience. It offers access to various applications you can use while driving, such as Music, Map, and other apps available on your phone. The idea is to have as much entertainment and information available to you as possible while you travel.

Ford Sync 4: here’s a closer look at the benefits

Replacing Ford Sync 3, the Ford Sync 4 brought improvements to existing applications, as well as added new features not available in the outgoing version. Note, buyers cannot update from Sync 3 to 4.

Which Ford Vehicles come with Sync 4?

At time of writing, Ford is equipping 3 vehicles with Sync 4, including the 2021 Mustang SUV, redesigned 2021 F-150 pickup, and new Bronco SUV. Here’s how it looks on each new model:

Ford has recognized the steep growth in mobile phone users over the past few years, which has led to a rise in pairing smartphones to vehicles. To accommodate this change, Ford has gone a step ahead. They eliminated the need for a cable to connect smartphones to our cars, making it all wireless.

Depending on the vehicle, the Ford Sync interface comes in different sizes (8-15.5 inches) without compromising the processing power. Better graphics and interface allow for smoother multitasking made possible by greater computing power. Screens above 8 inches split into smaller windows to facilitate multitasking.

Moreover, the Ford Sync 4 provides a more straightforward GUI with nine applications on the home screen you can scroll through. With a bigger 15.5 inches display, get your hands on more exciting features such as Adaptive Dash Cards. These cards appear horizontally at the bottom, showing the most recent apps you can launch directly as well as insights such as the distance remaining or the best route and music player controls.

To uphold the wireless standard, the Ford Sync 4 boasts cloud connectivity. It is good news for certain apps like navigation, which now receives up-to-date traffic data through the internet, and refreshes frequently.

Voice recognition has also upped a gear, as it now undergoes cloud-based voice processing capable of understanding more casual conversational styles. It means you can now navigate your favorite restaurant or dictate an SMS/email with more ease.

Due to its faster speed, you can access more applications within a matter of seconds.

Having cloud connectivity also signifies that the Ford Sync 4 is smart enough to study your preferences and store them for suggestions later. It can learn the routes you like to take and even urge you to call people who you call frequently.

The Ford Sync technology thrives on meeting your connectivity and information needs while traveling. It gives access to all your favorite applications in your car, making the journeys easier and memorable. Whether it’s Music, Navigation, SMS, Radio, or Phone, Ford Sync ensures you’re all connected. With Ford Sync 4, the system has seen even more improvements in terms of better interface, cloud connectivity, and wireless connection.